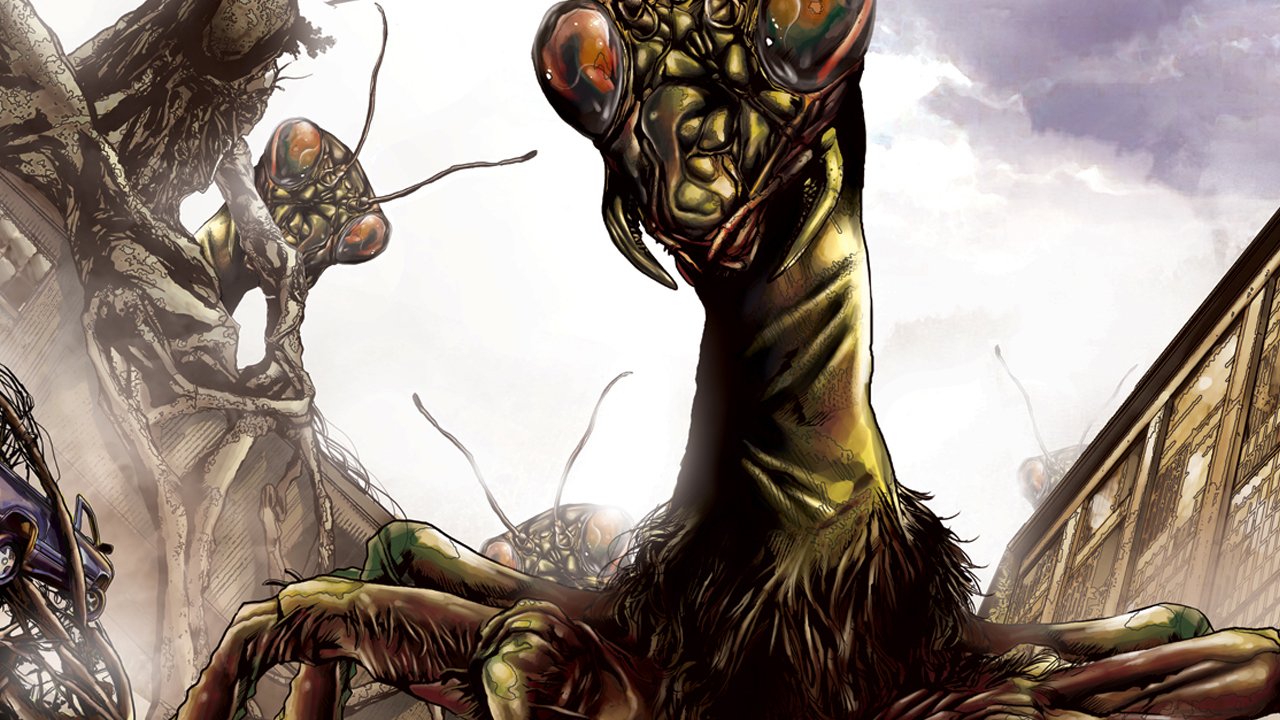 Enormous is the tale of life after extinction; a group of survivors struggle to rebuild the human race while contending with threats from another group of humans and from the monstrous creatures that give the book its name. The concept, both generally and specifically, shows a lot of promise, but Daniel and Cheggour aren’t able to bring it together, resulting in a confusing and unsatisfying read.

Daniel opens the book with an abrupt introduction to the environment that defines the world of Enormous, one filled with humongous and very dangerous creatures that are preying on humanity. During this flashback it seems that there is only a single monster and that the threat is secluded but once we are brought into the present it becomes clear that such drastic mutation has occurred on a worldwide scale.

The main plot then follows Ellen, a woman who is searching for children in order to bring them to a safe area where a group of survivors have holed up in an attempt to allow for some form of society to flourish. As the story progresses numerous characters and plotlines are introduced, something which is usually welcome but in this case stretches the book thin. The characters fail to be adequately realized in most cases, only two or three being recognizable based upon anything but their name, and the plot strains against the seemingly senseless revelations and twists introduced. About half-way through the book the motivations of several characters as well as the general theme and causal logic of the book shift dramatically, feeling extremely disjunctive and denying a good deal of resolution.

The biggest problem this book has, and an ironic one at that, is that it is unable to contain all of what Daniel and Cheggour are trying to express and explore. This becomes increasingly apparent as the book progresses. I would recommend this book for its art more than its story although, in truth, I would look elsewhere for that as well.Like Daniel’s writing, Cheggour’s art is very promising at the beginning of the book but falters as it continues. Cheggour uses a very realistic art style and a heavily saturated, rich colour palette. This results in a very visceral depiction of the world, one complimented by his high level of detail.

Cheggour’s art capabilities are best demonstrated by the fantastic creature designs within the book; scales, feathers, fur, and gleaming red eyes are rendered in exquisite detail and serve to show just how different the world of Enormous is from our own. However, despite his realistic art style Cheggour fails to differentiate the characters much, often making it difficult to tell the characters apart within the energetic frames. The biggest fault in Cheggour’s art however is the persistent overuse of light. Shortly into the book frames begin to become dominated by the brightness of the light around them. It seems like this was intended to create a surreal environment but it manages only to tire the eyes and further distance readers from the characters and events that are already difficult to relate to.

The biggest problem Enormous has, and an ironic one at that, is that it is unable to contain all of what Daniel and Cheggour are trying to express and explore.