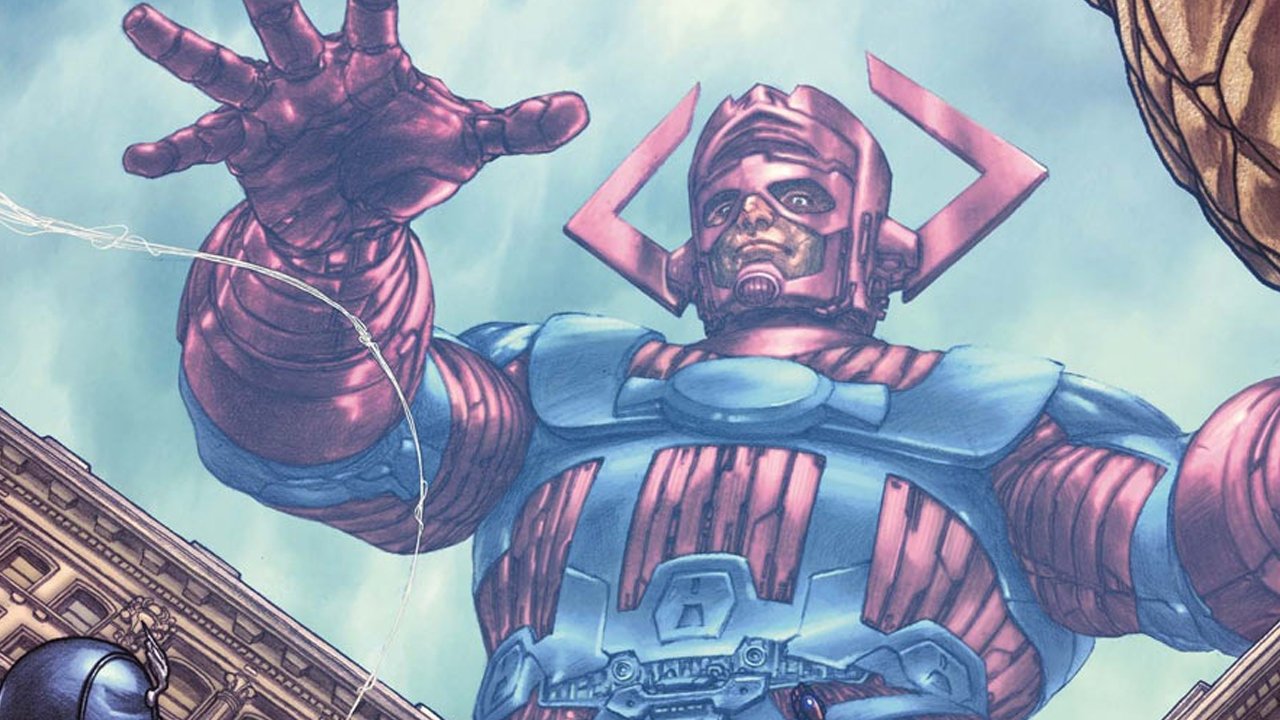 As Jonathan Hickman’s visionary run on Fantastic Four continues, its become evident that you can’t really discuss Fantastic Four without discussing FF, hence this combined review.The two stories are intertwined, telling two different perspectives of the same overall story and event, with events from one having ramifications upon the other.Recently, I reread the entirety of Hickman’s run on the Fantastic Four since its beginning in Dark Reign: Fantastic Four, and it’s really something to see how well-developed and planned-out his run has been.What started so strong in Fantastic Four became something else entirely in FF, as the threads all started to come together in a big way, and now we have two books running side by side, and in this case being released simultaneously, as his vision can’t be contained to just one monthly book.

Fantastic Four is the flagship FF book, and is definitely the better overall package, as the artwork by Kitson is much more enjoyable than that of Bobillo.There isn’t necessarily that much story progression in this month’s issue of Fantastic Four, as there’s so much going on that it unfortunately slows down the overall momentum, so that all the different characters can get facetime.As events build, next issue promises to be even more crowded, as Galactus and the Mad Celestials join the fracas, in addition to the Annihilation Wave, Inhumans and the Kree, plus the Fantastic Four themselves.The sudden appearance of the Celestials ties directly into FF, as it not only explains who they are, why they’re there, and how, but gives greater context to the cost paid in trying to stop the Celestials from arriving in the first place.

FF is actually the better written of the two series, because of the characters used, and the style of storytelling used.The characters and events in Fantastic Four are written in a fairly straightforward fashion, whereas in FF there’s a lot more going on in the script.I love when time travel is used well in comics, or in any medium really, which is what makes me so happy with Hickman’s writing on this series.Time travel is important, and yet he doesn’t use it in a confusing manner, but instead adds extra layers of intrigue to the events which unfold.Doctor Doom’s attempt to stave off the Mad Celestials is a fool’s errand, but Valeria pushes him into doing it anyhow, because her and Nathaniel Richards are hoping to find some extra time so that they can mould and change their future, as it unfolds.The characters are exquisitely well written, and because the characters here are relatively newer, and not as entrenched in their respective characterizations, more chances can be taken.

The artwork in Fantastic Four is handled by Barry Kitson, and he doesn’t disappoint.His artwork is as strong as usual, with his handling of the action and intensity of the issue being a particular highlight.He helps ground the issue and give the events an immense feeling of severity and gravitas, which is important when dealing with Mad Celestials, warring interstellar empires and Galactus the Devourer of Worlds.It’s easy to let it all get away from you when so many larger-than-life elements are dominating the page, but he never lets it get away from him, and draws the hell out of the issue.

The artwork by Bobillo on FF is unique, and unexpected.For fans who were used to the visual consistency that the book previously had before Fantastic Four returned as a title with issue #600, the artwork here is going to be quite jarring, and pale in comparison to the more attractive and visually appearing artwork that is now seen in Fantastic Four.His take is quite different, very quirky and odd, but he does his best to handle the characters and concepts, and also portray the suspenseful situation unfolding throughout the title.Although not as attractive as Kitson’s artwork, he still does a great job with the artwork, and does it well. It’s just a very different type of artwork, which can be jarring at first, before it grows on you, and the reader can more fully appreciate it.

When you read the two books together, they form a great tapestry, as the children of the Future Foundation do everything they can to help save Earth, by giving Galactus enough time to arrive, before the Mad Celestials do. When it comes to long-form storytelling, it’s often a lost art in modern comics, due to most runs not being that long, or having books cancelled before the stories can be fully told. I really must commend Hickman for the masterful work he’s done on Fantastic Four and FF, as in my opinion it’s right up there with Stan Lee/Jack Kirby’s run as well as John Byrne`s legendary run on the Fantastic Four.Although both books have their strengths and weaknesses, taken together they are a fantastic combination of writing and artwork, which rewards the reader month in and month out for sticking with the title throughout Hickman`s tenure on the books.

Fantastic Four is the flagship FF book, and is definitely the better overall package, as the artwork by Kitson is much more enjoyable than that of Bobillo.