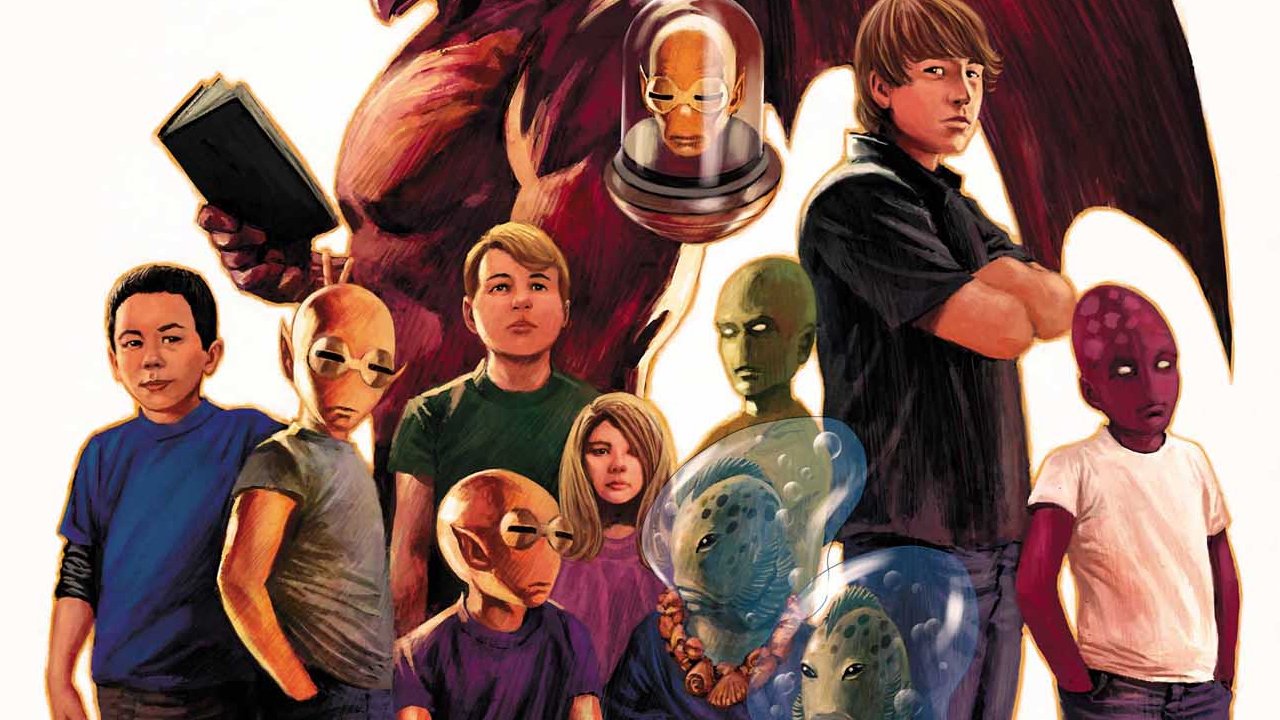 Since its launch earlier this year, FF has quietly developed a fantastic cast of characters in the Future Foundation, which makes this issue easier to enjoy and swallow. Although we don’t yet know how this title and the returned Fantastic Four will stand alongside one another, it stands to reason that now the kids are on their own, and are having adventures separate from Mr. Fantastic, Invisible Woman and The Thing. So after a year of being developed as supporting cast members, it seems that they were being groomed to take over as leads of this book. At least I very much hope that is the case, as Hickman’s work on them truly shines. He’s crafted Valeria and Franklin into extremely well-written, fully-fleshed out characters, and adds new dimensions to Nathaniel Richards as well (although I still miss the version of him that disappeared in the mid-90s, after the conclusion of Onslaught). Sadly, my favourite character of the cast, Dragon Man, has little dialogue in this issue, but the ongoing saga of Valeria Richards doing what must be done to save the future as told to her by Franklin Richards’ future self is progressing quite nicely. This particular issue is a great window into a quieter aspect of the ongoing FF/Fantastic Four saga, as Fantastic Four #600 focused on the Annihilation Wave, Inhumans, Kree, etc, all at the same time, and this issue quite cleverly breaks off from the pack, and tells a more isolated story that still has potentially huge ramifications for both teams.

However, despite an extremely strong script, the artwork by Bobilo is a huge disappointment. This title has boasted an array of extremely talented artists thus far, and although Bobilo’s artwork has a bit of charm to it, it fails to adequately tell the story in the script, and his character renderings are sloppy and ugly. If I felt that the artwork was rushed, I think that would have been preferable, because it would indicate a feeling that the artwork is normally better than this, but I don’t actually think that’s the case. The artwork was simply not suitable for this book, nor for the story being told, and the issue suffers quite a lot as a result.

The artwork was simply not suitable for this book, nor for the story being told, and the issue suffers quite a lot as a result.