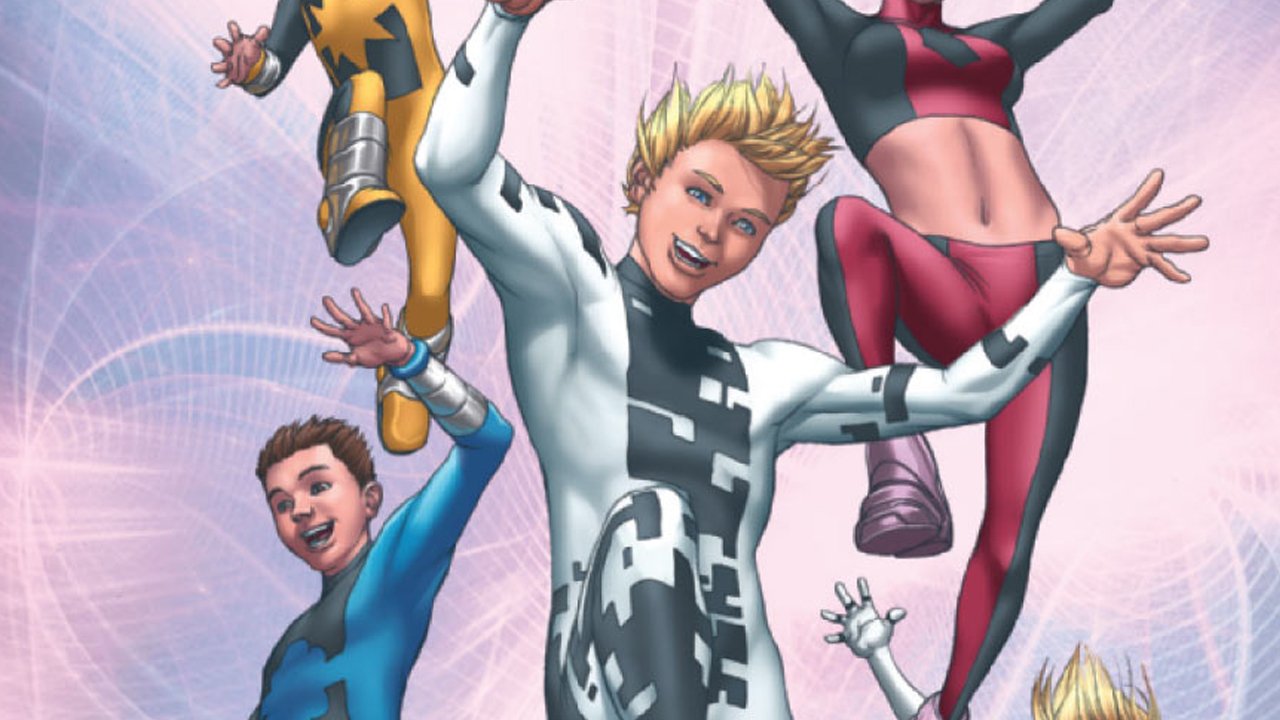 When FF #14 came out I did a dual review on it and Fantastic Four #602, and I remember remarking that one of the only things that detracted from the overall reading experience on FF was the artwork, which although enjoyable just didn’t fit the mood and tone that FF seemed to be going for.  This issue sees Nick Dragotta handle the art chores, and he’s a breath of fresh air for this title.  He previously illustrated Fantastic Four #588, the silent issue after the death of Human Torch, and he acquits himself quite nicely here on this issue.  It’s a shame that this issue didn’t have a simultaneous release date with Fantastic Four like it did for the last issue, because you really should be reading both of these titles together.  The last few issues have made this quite clear, that what happens in one book immediately affects the other, especially in the case of this book, as what happens here has then happened to the core Fantastic Four team in their book.

Having secured the extra amount of time that they had aimed to provide for Galactus to arrive to fight the mad Celestials, Valeria, Franklin, Nathaniel and the rest of the Future Foundation try to figure out their next move, which means going to Sol’s Anvil, which Reed Richards is preparing to use to fight the Celestials.  This is a solid read, as we see the pieces moving, having already seen part of what happens here over in Fantastic Four.  What I really appreciate about Hickman’s writing here is how he ensures that we’re not just seeing exactly what happened in the other book, but from a different angle, or in one case in particular, he skips over one of the moments completely, just missing a few minutes, to show us what’s relevant to the members of the cast featured in this title. Throughout the issue Franklin is seen conversing with a mysterious man in a completely white background, and to be honest I thought it might end up being Michelangelo, from Hickman’s work on SHIELD, but I was quite pleased with the resolution, as it made perfect sense.  What makes Hickman’s work on these two titles so strong is the sense of suspense and destiny in these pages, as all of the different pieces of the much larger canvas of the story come together and start clicking.  It’s phenomenal to me just how long-seeded this storyline has been, as small plot elements from so early in his run have taken root and become fully grown.

Dragotta pulls off the artwork on this issue exceedingly well, employing a clean, simple style which is far less stylistic but also more aesthetically and commonly pleasing than the prior artwork in this issue.

If you’re buying Fantastic Four, you’d be horribly remiss to not pick up this title as it is simply marvellous, and is the second half of the tapestry that Fantastic Four makes up only a half of.  HIGHLY RECOMMENDED!