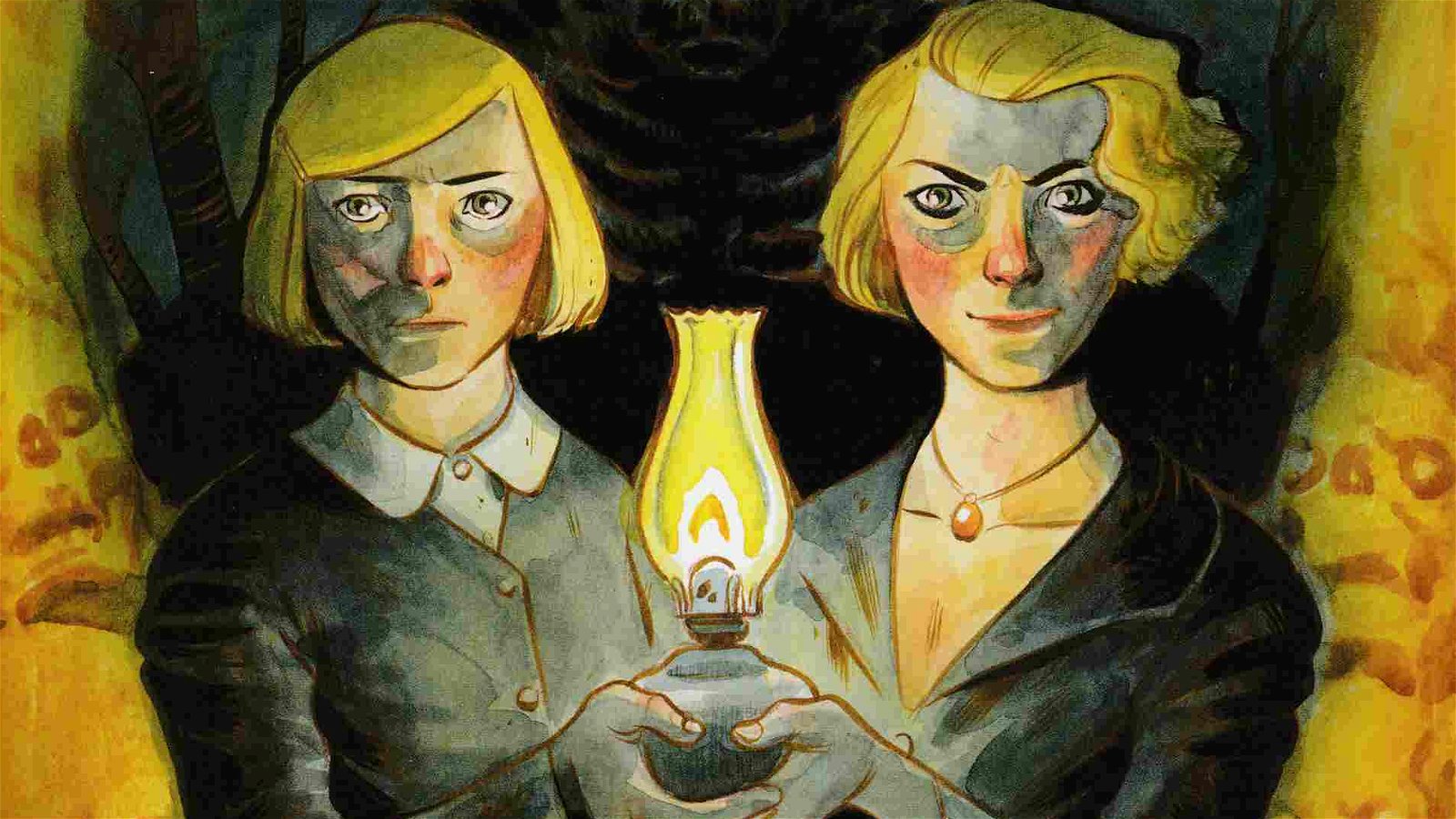 There’s nothing more frightening than isolation. The feeling of being alone on a dark and stormy night, jumping at every creak and crack or neurotically looking at that shadow from the corner of your eye. But there’s something even more off-putting about being on a farm in 1920’s-1930’s America. Where your closest neighbour is thirty minutes away and unable to hear you scream for help. Great gothic horror is difficult to find but Dark Horse Comics has really chilled readers to the bone with their ongoing series, Harrow County. Written by Cullen Bunn, whose notable works include Marvel’s Uncanny X-Men and various Deadpool comics, and illustrated by Tyler Crook (Witchfinder, Badblood, B.P.R.D), Harrow County really takes every advantage of its setting and cranks it to the max.

Harrow County’s story begins with the execution of the town witch, Hester Beck. The once beloved healer of Harrow County is now public enemy number one as the townspeople turn against her after she kills livestock, summons various dark creatures, and kidnaps and murders babies (implied by the page of Hester slithering Grudge-style on a tin roof with a baby in her arm). Once the townsfolk get a hold of her, they hang her from an oak tree, and then burn her for good measure. But like all horror stories, Hester vows to return and seek her revenge. While the comic does rely on a more simplistic art style, Crook’s attention to detail on Hester’s melting face is truly horrific and disgusting. Since this a horror series, I mean that in the best way.

Eighteen years later, Emmy (the daughter of a local farmer), is mysteriously able to heal one of two calves born deformed on the farm. This worries Pa, raising another red flag after a dozen other animals die, but he tells Emmy not to worry too much. Considering she’s been having nightmares of Hester’s tree and the townspeople, it was probably a good idea Pa didn’t worry her. Later, as Emmy is exploring the woods, she runs into a small boy whom she chases into a thorn bush, only to discover that the boy’s skin has completely ripped away from his body, but he is still able to speak.

Excited at finding a real-life haint, Emmy runs home and casually hides the boy’s skin in her dresser as her father walks in to question why she was all scraped up. Before he could ask her though, Emmy’s wounds have magically healed. The suspicious farmer leaves Emmy, and meets with other townspeople later that night while the boy’s skinless body spies from the dead tree. With the skin inside the house, the boy is able to warn Emmy that the town is out to get her as she is who they’ve feared; she is the reborn Hester Beck, and not the only one at that.

While some comics can be a little too fast paced, Harrow County clears its first arc at just the right speed. Bunn’s writing sets the scene while providing action and suspense that doesn’t drag on forever or wrap up too quickly as some major issues don’t truly resolve, like Emmy’s trust in her father and her town. He allows the story to pull its own weight, not only providing Emmy’s coming of age story but slowly showing the reader the supernatural aspects of town, and carefully introducing the world Hester Beck came from. All of this is done without resorting to the “monster of-the-week” trope a series like this could easily devolve into.

Crook’s painting-like style makes heavy use of light and shadow, creating an eerie feel every page, especially when Emmy explores the forest or her house at night. This art style makes the reader always a little uncomfortable. There is a contrast in style when the occasion calls for it, usually in the more detailed jump scares like the mutated calf and the gory features of the various haints in town. Not to mention the quick brush strokes and exaggerated expressions of characters make the reader think they’re looking at the Edvard Munch painting The Scream.

With Bunn and Crook’s symbiotic relationship, I really hope to see what future works these two will produce, as we’ve got a perfect team on our hands. As for Harrow County, the comic is a surprisingly gory fun time. I can’t wait to see what happens next as the series go on, especially with Emmy’s emotional battle with the person she once was (Hester), the person she is now and her struggle to repent for the sins of her “mother” as she protects her town. This is a comic you want on your spooky read-list.

Harrow County is a comic you want on your spooky read-list.