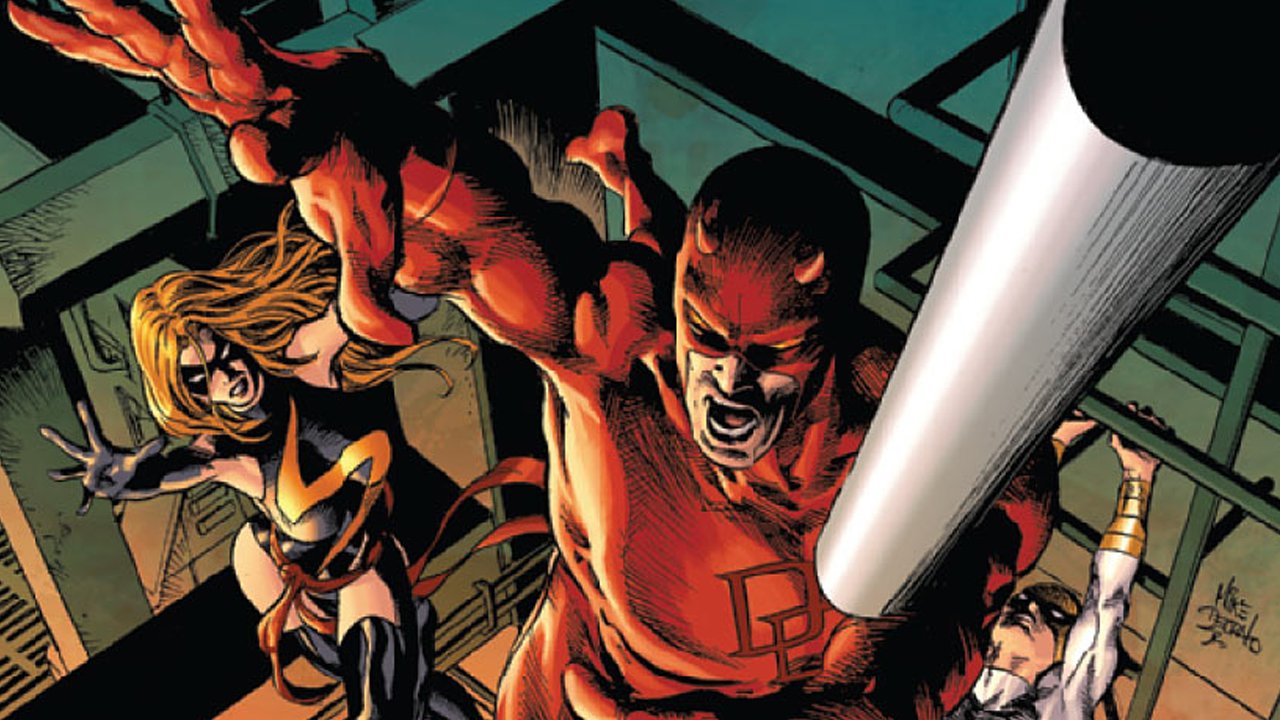 Month in and month out, I can’t believe that Bendis continues to lean so heavily on interview panels as a narrative device,  It felt played out when he first started using them, and by this point, I think it’s just showing his shortcomings as a writer, who won’t break  free from using a plot device again and again.  Fear Itself has proven an interesting basis for some good character work in various different books, but those interesting ideas haven’t been found in this title.  Each issue doesn’t feel like a complete issue, because of the overuse of the character interviews.

This issue’s use is particularly egregious, as not only does Bendis use them yet again, but he also essentially is writing to fans directly, in the person of Hawkeye, with regards to who is worthy of being an Avenger, etc.  I felt that it was a cheeky move, directed at fans on message boards who may not like certain characters being on the Avengers because they don’t think they are Avengers material, and devoting an entire issue to the concept, and bringing Daredevil on to the team, it just didn’t feel right, it didn’t feel natural, it just felt like a stunt.

This issue actually picks up somewhat from last issue, with Daredevil coming to the aid of Squirrel Girl, who is within Avengers Mansion, trying to protect Luke and Jessica’s daughter.  I appreciate that finally Bendis gets to put Daredevil onto the Avengers, but the way in which it was done… it just felt so incredibly hokey, I couldn’t believe I was actually reading it.

Daredevil versus the Red Skull/Skadi’s armoured forces didn’t make much sense, because as much as I love Daredevil, a billy club being thrown at them isn’t going to do much damage.  The action just felt like it wasn’t written that logically at all.  The story of Daredevil and Squirrel Girl doesn’t even end, per se, it just kind of goes to black, so I guess it’ll continue elsewhere, so that we can see what actually happens.

The framing sequence really bugged me, because it was unnecessary and took up way too much time and space.  The ending was schmultzy, and although I sometimes like that element in moderation, it just felt a bit too cutesy here.

The artwork by Deodato is excellent, as per usual, and I liked the shades of Gene Colan that could be found in certain panels, in how he depicted Daredevil’s facial features throughout the action sequences.

Unfortunately, the fantastic artwork was somewhat wasted by the various pages of talking heads devoted to the interview segments, instead of showing how Deodato can handle some fantastic action sequences.

The script is uninteresting, because the actual story is quite short, but stretched out to take up the entire issue.  I like Daredevil being an Avenger, but this was a half-assed way to do it, which wasn’t nearly as exciting or as cool as it could have been.  When the original New Avengers were created, it was a momentous event, as they all came together, but with this new incarnation, it’s essentially just a club that Luke Cage invites members to, and it lacks the gravitas that the Avengers used to have.  This issue was disappointing, despite the fantastic artwork.

New Avengers 16 was disappointing, despite the fantastic artwork.