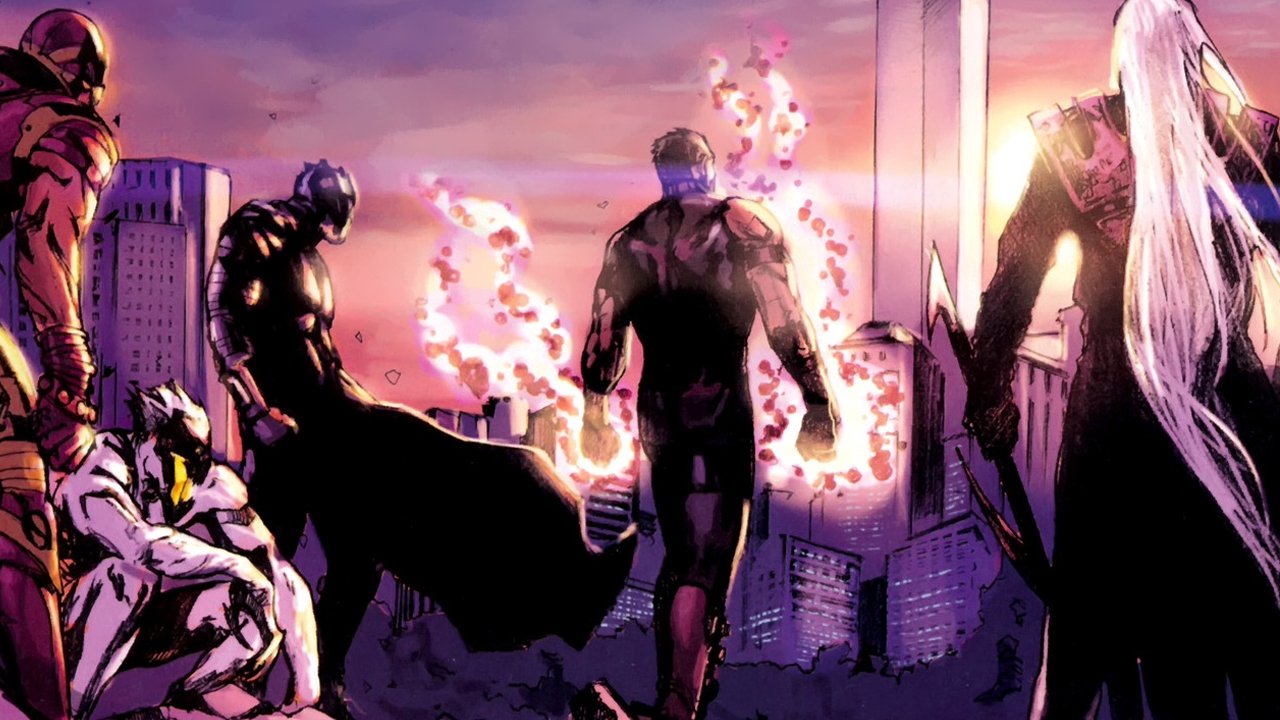 With Brian Michael Bendis, it often feels like when he’s writing a character he really likes, they are featured in everything he does, and generally are written more favourably than they have ever been previously in their existence.  Some examples include Luke Cage and Spider-Woman, who have flourished under Bendis’ pen.  But the inverse is also true, and if you’re a character he doesn’t especially care for, you might be written worse than ever before.  Case in point: Wonder Man.

What unfolds in this issue is tantamount to character assassination, as a plot point from Avengers #1 a year and a half ago comes back into play, which was Wonder Man opposing the reformation of the Avengers, by Steve Rogers.  The point that the Avengers only cause chaos isn’t a bad one, but the fact that Bendis has Wonder Man as the poster boy doesn’t quite ring true for the character, and him taking such a militant, forceful stance against the concept and the resulting teams doesn’t feel right either.  This issue focuses on him putting together the Revengers, to take down the Avengers, and hard.  To this end, he puts together a team of quote-unquote heroes to take them down, including Atlas, former Masters of Evil Member and Thunderbolt, D-Man, Century (of Force Works fame), Anti-Venom (the former Venom, Eddie Brock) and others.  I like that Bendis brings most of these characters out of retirement, as it’s nice to see some of them again, but the circumstances aren’t favourable, and neither is their portrayal, for the most part.  But Bendis doesn’t use them for their character potential, but just as flunkies to work for Wonder Man and fight the New Avengers.

The story is loosely written, as it’s really just an issue-long fight sequence, boasting some pretty artwork.  The first ten or so pages is just a series of splash two-page splash pages, recapping moments in Avengers history, and although pretty, it feels overextended and bloated to just recap some events that have occurred previously.

The artwork by Bendis’ Secret War collaborator Dell’Otto is quite nice, dark yet menacing, but at times can be up and down in terms of consistent quality artwork.  The faces in the issue are all over the place, from really well done to hastily depicted, but generally is a high level of quality.

The issue’s artwork can’t salvage the script, however, which is relatively simplistic, and makes it a faster read than one would hope from an Annual.  It also can’t change the fact that Bendis is dragging Wonder Man through the mud here, and it’s painful to watch it happen to the former Avenger.  The script holds the issue back from being a more enjoyable affair.

The artwork in New Avengers Annual 1 can't salvage the script, however, which is relatively simplistic, and makes it a faster read than one would hope from an Annual.