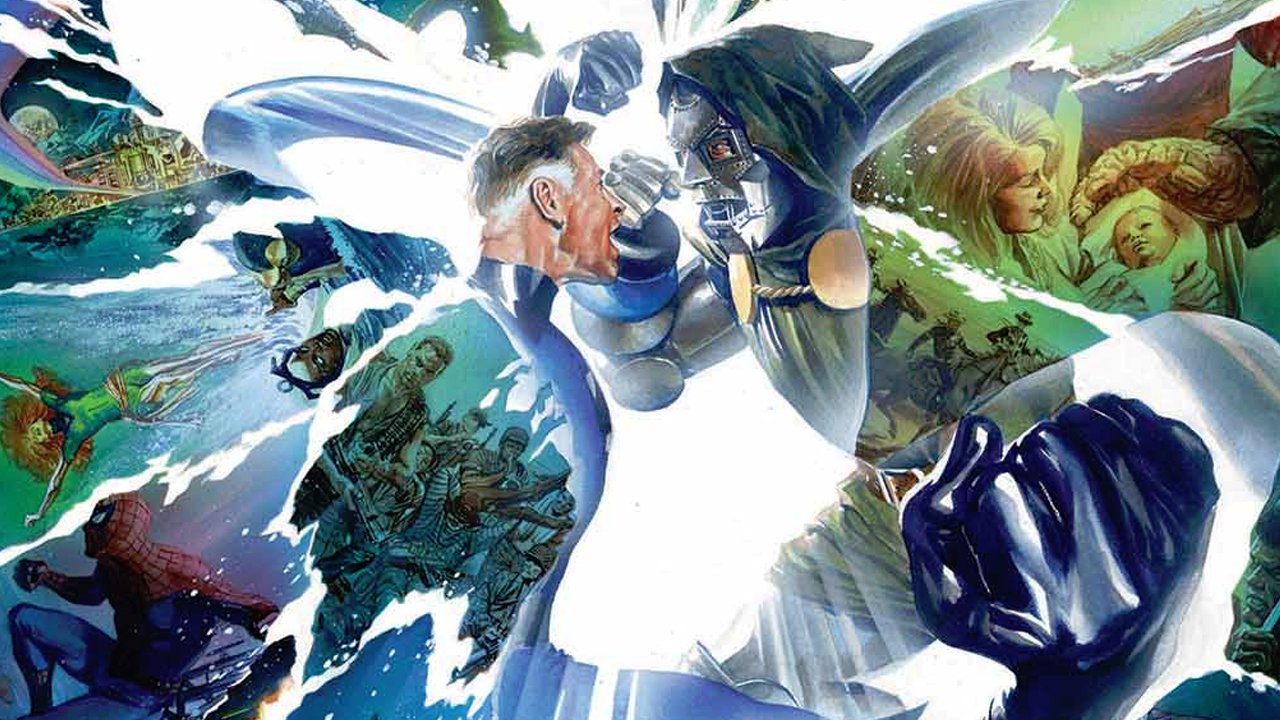 It has been a long eight month wait but this week, Marvel’s summer cross-over event, Secret Wars, finally came to a close with the release of its ninth issue. Written by Jonathan Hickman, the event was conceived years before and told through both the Avengers and New Avengers, both of which Hickman authored. What felt like a crossover event aimed at helping Marvel restructure the comic universe was also something much more bitter-sweet. With this final issue of Secret Wars, fans got one last Fantastic Four story. In a series filled with suspense, drama, and action, where the who’s who of Marvel freely paraded through the panels, one thing stood out: the Fantastic Four were divided. While all the characters were mentioned, only Sue Storm and Reed Richards are really seen (Ben Grimm makes a brief cameo appearance in the final pages of this final issue), indicating what fans have known all along: the Fantastic Four is really about family.

Jonathan Hickman’s story is refreshing in its complexity. Despite having a massive cast of characters and multiple simultaneous events to keep track of, Hickman manages to keep the focus on the heart of the story, the Fantastic Four. Throughout the length of Secret Wars, Reed Richards has struggled desperately to reunite with his wife and children, and here in the final issue, he faces off with his nemesis Victor Von Doom to reclaim them. With the fate of the universe on the line, stakes are high in the final battle, but ultimately the war is being waged internally and it is love and self-confidence that are greater weapons than Doctor Doom’s newfound infinite power.

Hickman’s fans have come to expect intricately woven epics. Like so many of his other comics, Secret Wars rewards the patient reader with a rich and satisfying story. While the script is captivating, Esad Ribic’s art is mesmerizing. Action and exposition are all equally compelling because the story is rendered in such beautiful images. The jewel of the series is a splash page during the climactic final showdown that consists of a mosaic of Reed Richards and Doctor Doom’s faces. This image is so stunning that it’s impossible not to pause and study its intricacies. Ribic brings vivid life to the massive cast of characters without a single panel looking dull or less detailed than the others. His technique is a perfect pairing to Hickman’s script.

When Hickman began his run writing New Avengers, readers learned that “everything dies”. As incursions destroyed galaxies, fans had to say goodbye to the Marvel universe as they knew it. Worlds 616 and 1610 are no more, but in their place, a new world is emerging. Hickman has given new readers a safe place to jump onboard and has offered many characters the opportunity to explore new possibilities. But most importantly, he has given Marvel’s first family a fitting tribute. While it is likely that the Fantastic Four will re-emerge somewhere down the line, Hickman’s send-off is fitting for their current indefinite hiatus.

Like so many of his other comics, Secret Wars rewards the patient reader with a rich and satisfying story. While the script is captivating, Esad Ribic’s art is mesmerizing.