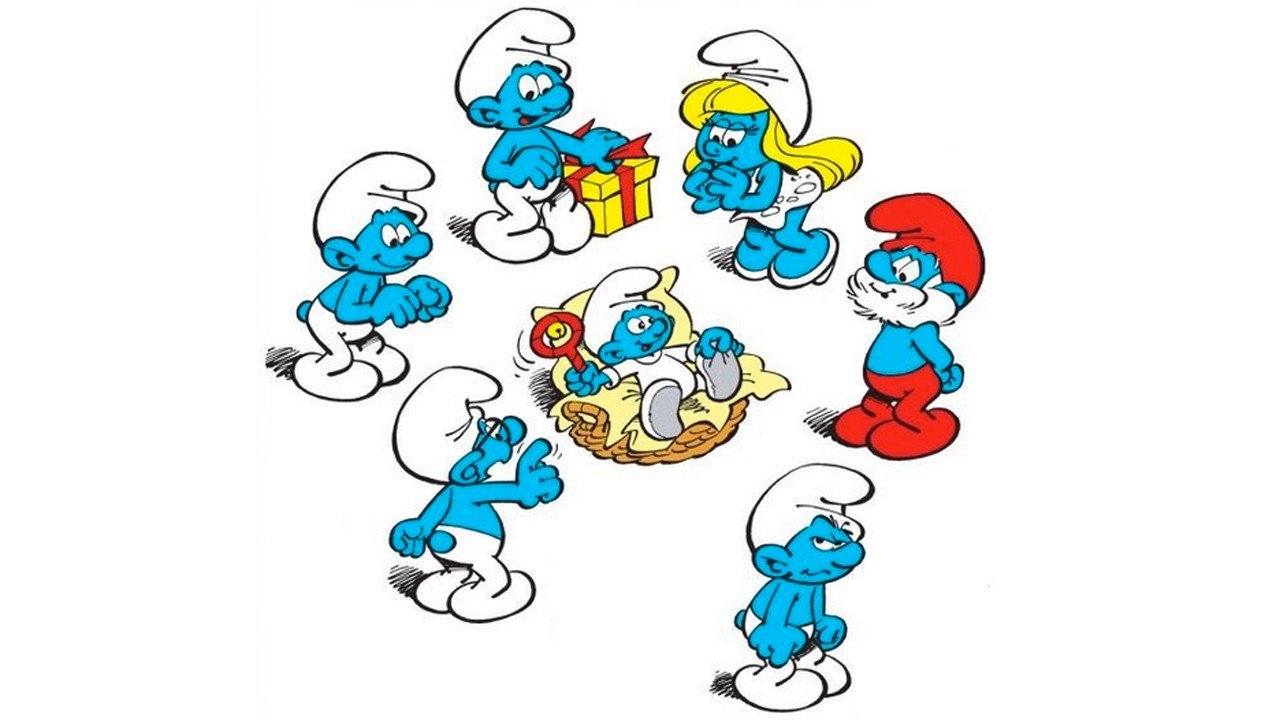 Adam Chapman | Mar 21, 2013
Over the past few years, Papercutz has steadily and consistently been reprinting Peyo’s original Smurfs comic strips, which launched an empire of figurines, plush toys, a highly successful cartoon series and a feature film. I for one have really been enjoying these stories, as the reproductions are well handled; the volumes are cheap and inexpensive, and go on your bookshelf quite easily. They are charming, fun stories, and it’s easy to see why the Smurfs became such a celebrated brand throughout the world. This volume contains three stories, omitting one final story which was part of the original collection published in 1984 as Le Bebe Schtroumpf.
The lead story involves the arrival of a baby Smurf, by way of a stork mix-up, and the ensuing repercussions on the Smurf community. The character of Smurfette really isn’t done any favours by this story, as she spends much of the time either fussing over the baby or uncontrollably crying when the baby is both missing, and about to be taken away from the community. Grumpy Smurf takes the spotlight in the story, trying to ensure that the community gets to keep the baby Smurf. He’s a bit out of character, but it works in the confines of the story. Everything ends well, of course. The second story involves a Smurfing Party, to which Gargamel dresses up like a bunny and tries to attend, but goes quickly awry, as Papa Smurf is prepared for his appearance. The third story involves Handy Smurf’s new invention, which soon goes awry, and has quite a humorous ending page, as Brainy Smurf can’t believe that the story is actually over.
If you’re a fan of the Smurfs and their charming style of storytelling, this is a great volume for you to read. It’s fun and light, easy to pick up and enjoy. The artwork is deceptively simple, and although Smurfette’s characterization can be a bit spotty and a tad sexist, overall the book is a charming and enjoyable read all the way through.

If you’re a fan of the Smurfs and their charming style of storytelling, this is a great volume for you to read.