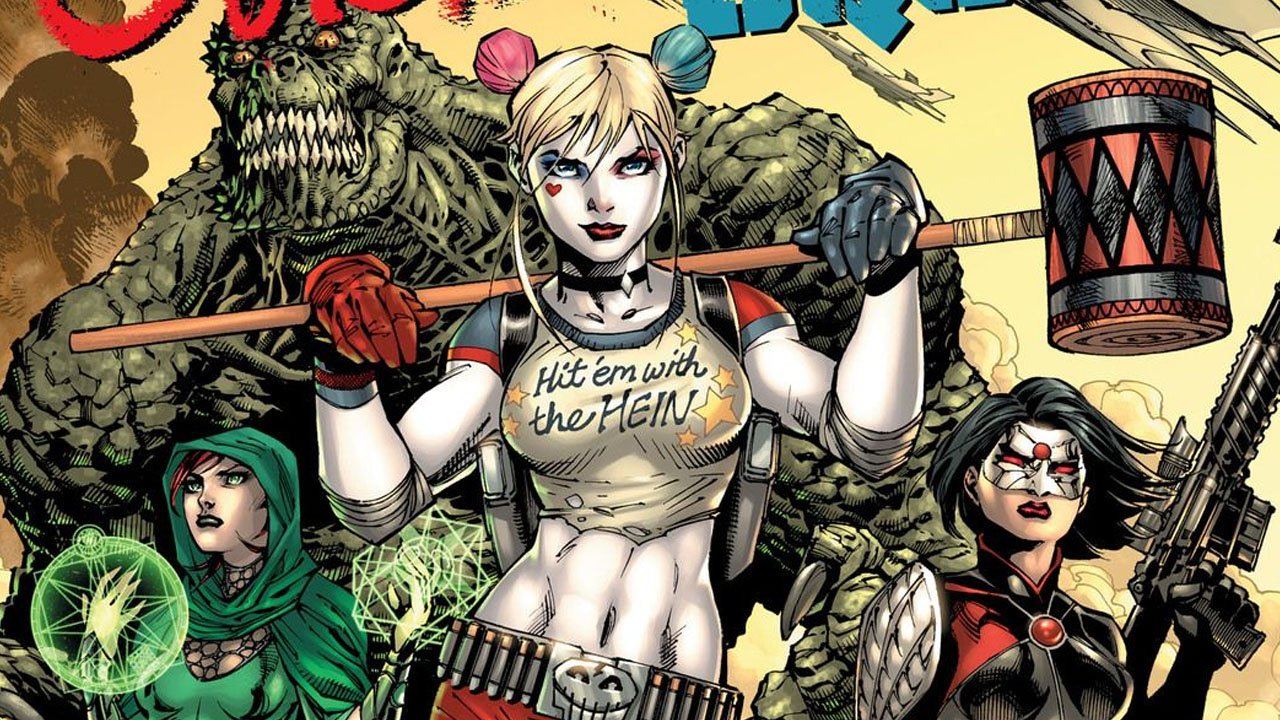 Suicide Squad is one of DC’s hottest properties. The film, although maligned by critics, has grossed over $700 million since its release in August. This past Halloween, Harley Quinn costumes were among the most popular worn by girls of all ages. And the comic series has been relaunched in DC’s Rebirth, with a teen plus rating to boot. Its first storyline, titled The Black Vault, was an entertaining four part series. And alongside each issue was a short story following the past of a Suicide Squad member.

Suicide Squad: The Black Vault begins at Belle Reve Penitentiary in Louisiana. Amanda Waller, head of Task Force X, lets her Suicide Squad know of their new assignment. The team must head secretly into Russia, starting out in space then parachuting into the red state in order to steal an other worldly, game-changing weapon.

Piece of cake. And with a team named Suicide Squad – what could go wrong?

Well, opening the weapon, aka the phantom zone, and unleashing General Zod, for starters. Zod is a terrific addition to The Black Vault. The interactions between the Suicide Squad members really work, but bringing in Zod ups the ante. He has all the power and might of Superman, but with none of the Man of Steel’s Midwestern values. Zod as well is a throwback to those of us who remember him in the film, Superman II. “Kneel before Zod,” is a classic line from that film – one used for pure nostalgia in The Black Vault. And it works perfectly. Zod becomes a lightning rod to unite the team while wreaking much havoc in the process.

Writer Rob Williams does a good job bringing Rebirth’s Suicide Squad to life. The joy of seeing this team of misfits and villains doing the government’s dirty work is nothing but fun. While Harley Quinn might be the clear favourite for most popular Suicide Squad member, Williams brings readers into the lives of the other Squad members.

The legendary Jim Lee does the artwork on The Black Vault. His illustrations give a weight to the comic series; his work pulls the reader in and reminds us that he’s still doing great work. His depiction of Zod is his most joyous creation. Zod’s over-the-top antics, the eye popping screaming especially, remind older readers of Terence Stamp’s Zod in Superman II, minus the muscles.

The Teen Plus rating of Suicide Squad is a must – giving The Black Vault the freedom it needs to tell a proper Suicide Squad story. People being decapitated, bodies being incinerated – this is just all in a day’s work for Task Force X.

The short vignettes at the end of each issue are a nice touch, each giving us the backstory of a particular  member. The most intriguing is that of Miss Harley Quinn in issue #4. The reason – the Joker makes an appearance. Just by involving the Clown Prince of Crime, the story has a greater weight. The Joker makes anything that much better, and his involvement in the Harley storyline shows us that while the Joker still holds a power over her, this is not the Harley Quinn from her beginnings in Batman: The Animated Series. This Harley is all grown up and can stand on her own two feet.

The Black Vault is a comic series worth reading. While the series is a short four issues, it offers a memorable start to Task Force X in DC’s Rebirth.