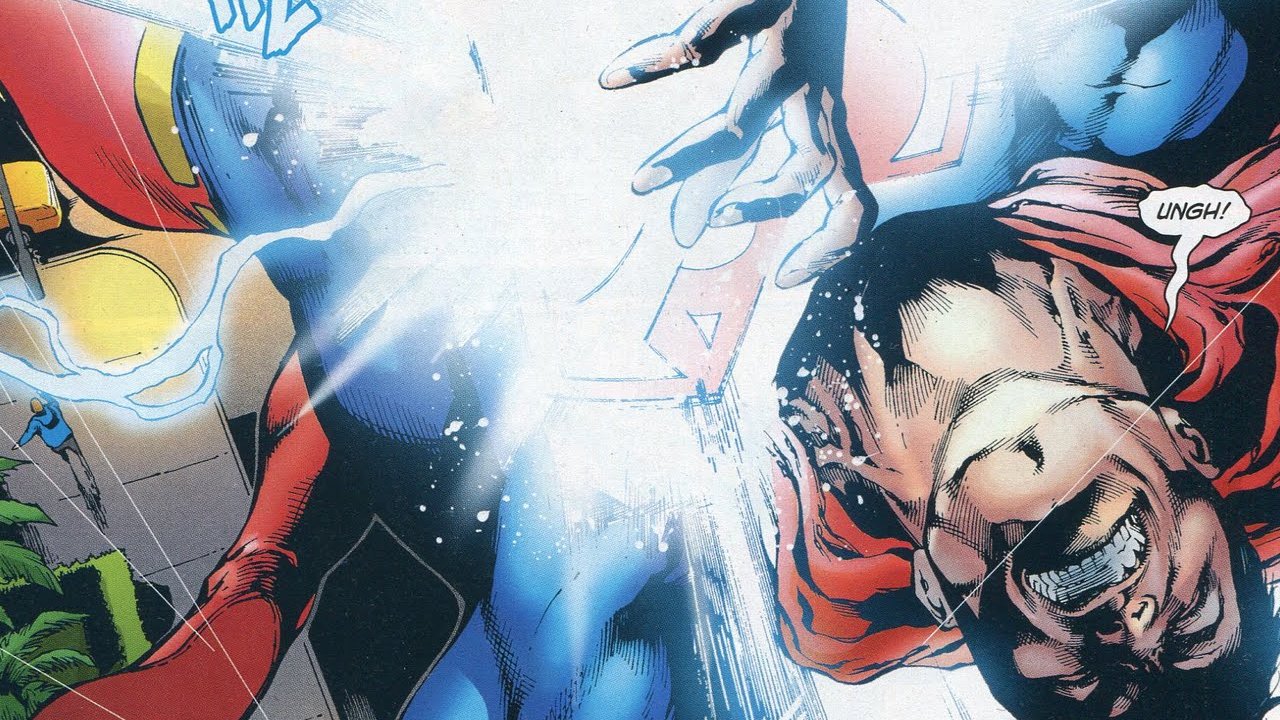 Apart from The Walking Dead and the cessation of The New York Five, the recent assemblage of comics has left me weary with ennui. Perhaps it is just a sedated actuation of some recently initiated arcs; at the expense of the readers specie. Superman can not use this defense; this issue is my least favorite in the “Grounded” arc, which has been ongoing for some time now.

Each story in the recent Superman arc has focused on Clark delving into his perception of morals; of being the parvenu protector of an adopted home. His life as the cynosure of America has weighed heavily on his pneuma, and he has sought inspirational guidance from the campesino of the planet that has embraced him.

Clark explores his perception of what-ifs; the cause and effect his existence has wrought on humanity. There can be no good without evil, is the lesson learned here. While Superman nourishes compassion he inspires the malevolent. Would Livewire have had the potential for iniquity if Superman did not exist, or would another have simply filled the void, as Jimmy enlightened.

I feel they could have achieved their point through the use of a higher metaphorical plot. Instead, it felt hastily forced with little introspection on the part of the writers.

Would Livewire have had the potential for iniquity if Superman did not exist, or would another have simply filled the void, as Jimmy enlightened.