The Girl with the Dragon Tattoo Review 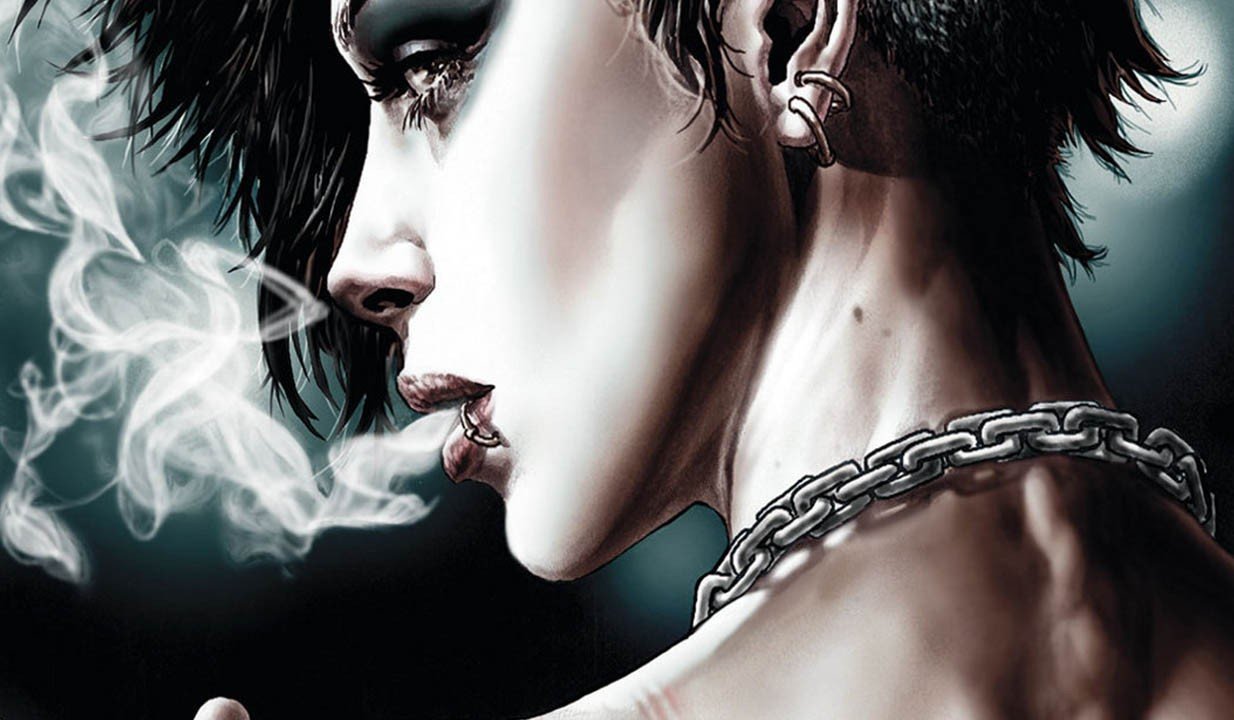 Despite all the fervor surrounding Stieg Larsson’s The Girl with the Dragon Tattoo series, from the books that everyone was suddenly reading on the bus to work that one year, to the several different versions of the movies, I somehow managed to completely miss the excitement. I have not read or seen anything to do with the series, other than a few plot points here and there. Which makes reading the graphic novel for review a very interesting introduction to that world.

The story is not what I expected. It starts off following two completely independent characters’ lives and eventually the thread that connects them becomes more apparent. Mikael Blomkvist, a financial journalist, has landed what appears to be the scoop of the century. Handed what seems like concrete information detailing fraud on a massive scale within Wennerstrom, one of the largest corporations in Sweden, he researches and develops an article to out these practices in Millenium magazine. It backfires horribly when Wennerstrom sues Mikael for slander and perhaps not so shockingly, wins the lawsuit. Just another of many advantages to being one of the richest men in the world it seems. 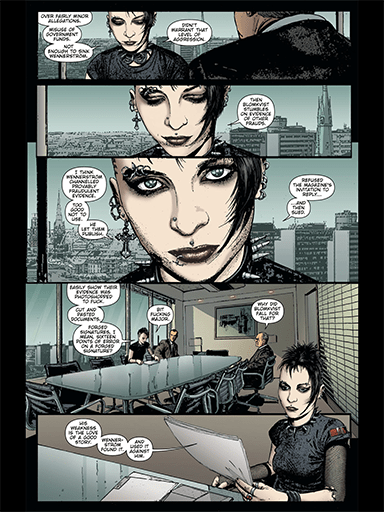 This is where we’re introduced to LisbethSalander, a woman who sticks out like a sore thumb at her job. Or more accurately, she sticks out like a goth at a financial firm. Apparently one of the most adept researchers at the firm, she’s also the obvious black sheep, both in appearance and demeanor. She’s put together a report on Mikael and the debacle with Wennerstrom, which her client finds helpful enough that he wants her to continue investigating. From there, the book jumps from Lisbeth to Mikael, alternating between the two of them in quick snippets of their lives. Mikael receives a mysterious phone call from HenrikVanger, the man we met briefly in the first few pages of the book, who wants to hire him for his investigative skills. That’s as much back story as I can really give without spoiling too much.

One thing to note… I was vaguely aware there were some graphic physical attacks in the series so I was curious to see how it would be handled in comic book format. There’s only so far they could really go when depicting that sort of visceral violence. It had to be done in a way that conveyed the terror and gruesomeness, while still being publishable by Vertigo. The balance they reached was very convincing: showing just enough that you were well aware of the horror to come, while using really effective cutaway panels to heighten that feeling of disgust and fear.

The art was decent, with some truly beautiful splash pages and larger panels, but compositionally, it was jarring when “camera angles” changed for no reason. Characters would suddenly break the 180º rule in the panel and as a reader you struggled at times to tell if they had physically moved or if the view of the scene itself had changed. Normally it was the latter. The hyper realism in the art could be really striking on some pages, though it didn’t quite live up to it in other less detailed panels. Lee Bermejo’s cover is absolutely gorgeous but that’s to be expected of him.

Overall, it was worth a read, with this TPB leaving off on a very obvious “to be continued” note. I can’t compare how well it incorporates the story from the books or movies and buyer beware, there is a significant dose of violence and misogyny throughout. They’re not used gratuitously though, and it seems there will be vengeance for those who have been wronged so assuming you can stomach that, you might like this adaptation.

The story is not what I expected. It starts off following two completely independent characters' lives and eventually the thread that connects them becomes more apparent.

File Under:
Name: The Girl with the Dragon Tattoo Review Score:  7
Art By:
Leonard Manco and Andrea Mutti
Cover Art By:
Lee Bermejo
×