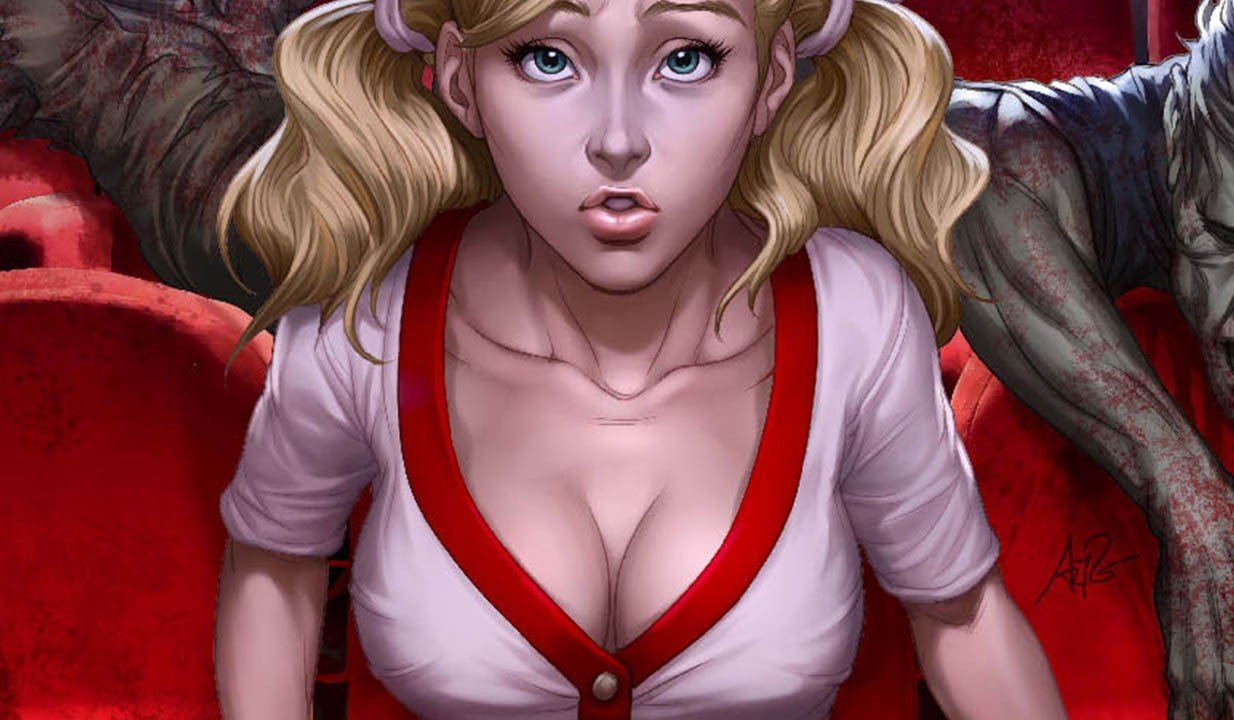 I wasn’t expecting much from The Theater and it only slightly surpassed that. Most of Zenescope’s titles are not very well written and… gratuitous, shall we say, with their artwork. The Theater turned out to be an ok read, interesting albeit very predictable at times. The premise is simple: there is an independent theater and people go to see a variety of films there. There’s a heavy dose of cliché horror concepts throughout each film but that’s the nature of the genre. Some films are better than others, and a few border on really great concepts (Memoirs of a Serial Killer stood out the most to me). A zombie flick and a few psychological thrillers are featured but overall it feels very much like The Twilight Zone with a splattering of horror.

The Theater delves into the world of each film for most of the chapter, with brief moments of real world character interaction before and after the movie concludes. There’s some unsettling but unexplained creepy events happening in the real world when the film ends. They’re seemingly random and unnecessary but I kept plugging through it, hoping there would be an underlying thread that started to explain it all. Nope. Nothing that actually ties everything together in a way that makes sense. There’s a reveal that doesn’t make an impact because you don’t really recognize or are afraid of who/what is revealed. The threat does not match the buildup of tension. It’s the plot equivalent of “Bad people do bad things to other people” with no exploration of why or how or even who these people are. Certainly not enough to hold my interest to keep reading beyond this TPB. 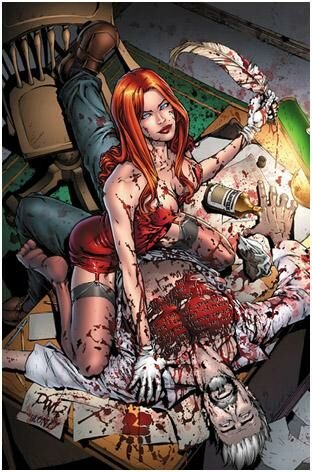 The films themselves were interesting enough, even if the overall story line wasn’t. The execution of the concepts introduced in the films doesn’t quite succeed though. That’s perhaps partially due to making each film (which could be spread across two issues) fit within one chapter. Some feel a bit rushed, with plenty of room for expansion to make the characters more interesting. However, the major pitfall is that the art is so bland it doesn’t evoke the kind of reactions from readers it should to really do the concepts justice. Characters sometimes look like different people from panel to panel and background details like buildings are simplified to boxes that don’t align properly, making the landscape look disjointed and confusing. There are even panels where preliminary figure lines (which artists use to establish basic body structures like the spine or head size) weren’t removed in the final pass, so there are people in the background with random lines bisecting them. It’s sloppy and distracting, taking you out of the story.

Some readers may like the art style and or be able to see past it and still enjoy the book. The writing itself is decent, with some pretty funny bits of dialogue like this one:

Have I ever told you I would have your babies? Seriously, I would give birth through my penis. I love you that much.

That made me chuckle out loud and there are a few other low-brow gems in there. I’d give another of Raven Gregory’s books a chance, especially if another publisher picked it up, as I think the concepts are pretty neat. Overall though? The story in The Theater suffers from a lack of cohesion between the films, monotonous art, and characters you don’t really care about. If you want to turn your brain off and zone out with silly horror stories, Theater may be what you’re looking for.

The Theater delves into the world of each film for most of the chapter, with brief moments of real world character interaction before and after the movie concludes.