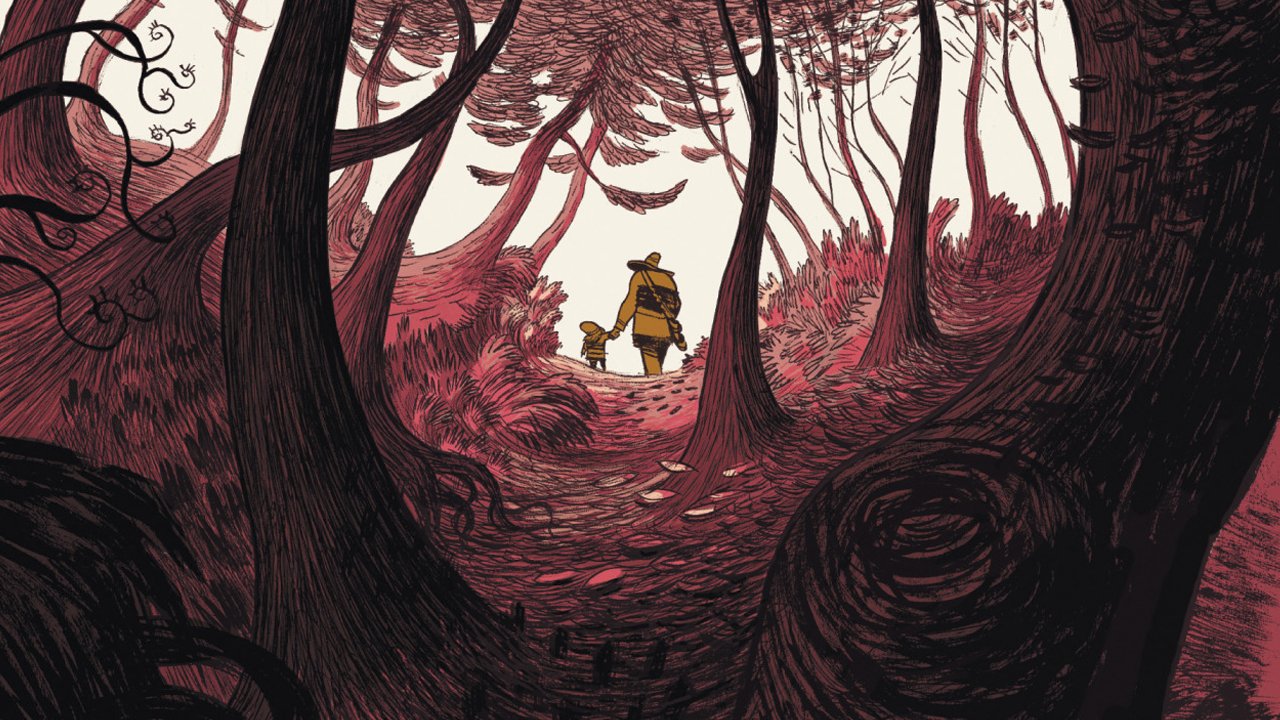 Three Shadows tells a gripping tale of choice and fate, life and death, and the way a parent’s love endures. Written and drawn by Cyril Pedrosa, animator of Disney films Hunchback of Notre Dame and Hercules, Three Shadows combines the influences of animation with the literary tradition of writers like Borges, García Márquez, and Tolkien to create a tale that resonates with readers of all ages.

Three Shadows tells the story of Louise, Lise, and their young son who live in a vale among the hills. Their lives are perfect, isolated from the harsh realities of the outside world. The three live together happily and harmoniously until the sudden and unexplained appearance of three shadows that tirelessly keep watch over Louise and Lise’s son. Though neither Louise nor Lise understand the reason behind the shadows’ appearance, they do know that the shadows will soon take their son away.

The beautiful and heartbreaking story is accompanied with equally beautiful artistry. Three Shadows presents a vivid and absorbing world drawn in black and white with fine lines and detailed though rounded figures.

Pedrosa’s three shadows are symbolic and yet very real and frightening all at once. The fear they strike in Louise and Lise accompanied by the awareness that they are unable to delay their son’s pronounced fate is a close comparison to the agony parents must face when watching a child fall fatally ill. Louise and Lise’s response to the shadows imitates the very real reaction people have to illness and death—the confusion, shock, anger, and finally acceptance one must inevitably go through when watching a loved one pass. At the same time, by inserting the shadows as stand-in figures for death, the story avoids becoming a harsh retelling and instead becomes a gentle and touching recount.

Three Shadows, though traversing a sad and grief-ridden terrain, is a story that is beautifully illustrated and beautifully told.

Three Shadows tells the story of Louise, Lise, and their young son who live in a vale among the hills. Their lives are perfect, isolated from the harsh realities of the outside world. 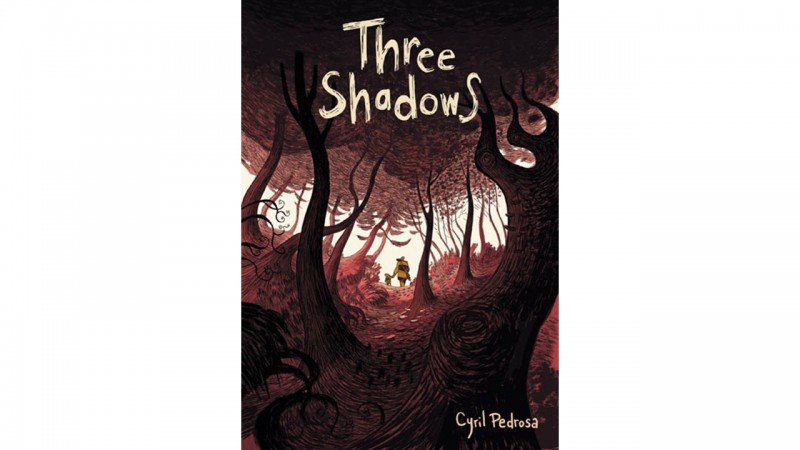