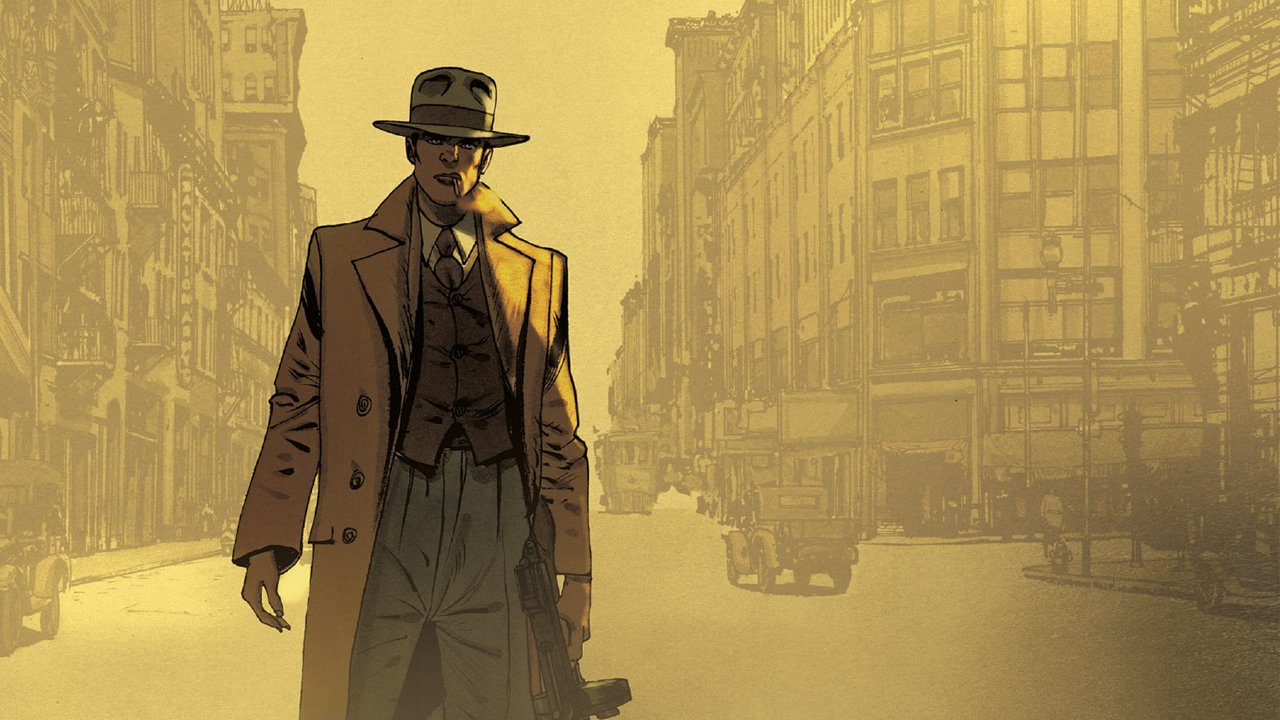 Most people don’t really understand hard-boiled detective stories. A good portion of modern riffs on the formula have some dude in a fedora call women “broads,” punch some random goons in the face, and give themselves liver poisoning through countless glasses of booze. Nothing more, nothing less. But classic yarns by Chandler or Hammett had so much more to them than that. Punchy, minimalistic dialogue, cruel worlds inhabited by even crueler people, mysteries lurking around each and every corner—they were much more complicated than they often get credit for.

That’s why, in spite of its reliance on beat imagery and stock characters, I found myself intrigued by the first issue of Triggerman. Walter Hill, whom I consider one of the best living writer/directors, and Matz have created a tale that evokes the feeling of a classic noir film or detective novel. Only this time, it’s in comic book form, which is something we don’t see very often these days.

From the outset, it’s clear that both the writers and artist have a clear grasp on what makes this genre work. There’s no dialogue for the first several pages, which exist purely to establish setting and mood. When someone speaks for the first time, it’s one word (“whiskey,”) and it only exists to drive the plot forward. That holds true for the entire volume. No pointless banter, barely any expository dialogue—just punchy, straightforward sentences that move everything right along.

In this issue, we’re introduced to the titular “triggerman,” Roy Nash. We get an inkling of what he does for a living (an armed debt collector,) a tidbit about his past (he was in prison, then almost killed by crooked cops,) and an idea of where he’s going (somewhere with the obligatory femme fatale, Rose.) That’s about it, and I don’t really mind that. The atmosphere is thick in Triggerman, giving off the foreboding sense of looming, omnipresent dread and deceit that make this sort of story work so well.

Which isn’t to say it’s a total knockout. There’s a bit of a cliché vibe to the whole affair, with Roy feeling like the aforementioned generic fedora-tipping tough guy, complete with a taste for whiskey and seeming invulnerability to beautiful women. Speaking of that last one, Rose herself is a bit of a cliché herself, and one who we get to see naked for three-ish pages for seemingly no reason. It’s not something that particularly offends me, but it’s largely unnecessary considering it goes absolutely nowhere. She’s just naked, full breasts and pubic hair on display, while holding a conversation with a clothed Roy. It feels sort of infantile.

That scene, and most of the other iffy writing for that matter, end up being saved by Jef’s patently fantastic art. The eye for detail, the subdued yet lush colouring, and the stellar linework combine to make a visually bold and striking issue. Even when I rolled my eyes at the way Rose was presented, I was undeniably impressed by Jef’s mastery of anatomy. Most artists draw sexualized women in a cringe-inducing way, like something out of a middle schooler’s sketchbook. Yet Rose did look very much like a real person, just one in a skimpy outfit. The same goes for the other characters, who have varied facial expressions and body types. Triggerman’s art is arresting, and does most of the legwork when it comes to establishing tone and mood.

While Triggerman’s writing and characterization is questionable, it manages to strike a certain chord that few modern detective stories can. There’s definitely an element of trashy camp to it, but the presentation and atmosphere make it a worthwhile read for people interested in the genre. With the cliffhanger ending, I’ll be checking out the next few issues to see how it plays out.

Triggerman is held back by some clichés and questionable depiction of women, but the lush artwork and overall atmosphere make it worth checking out.