The Troop No. 1 (Comic) review 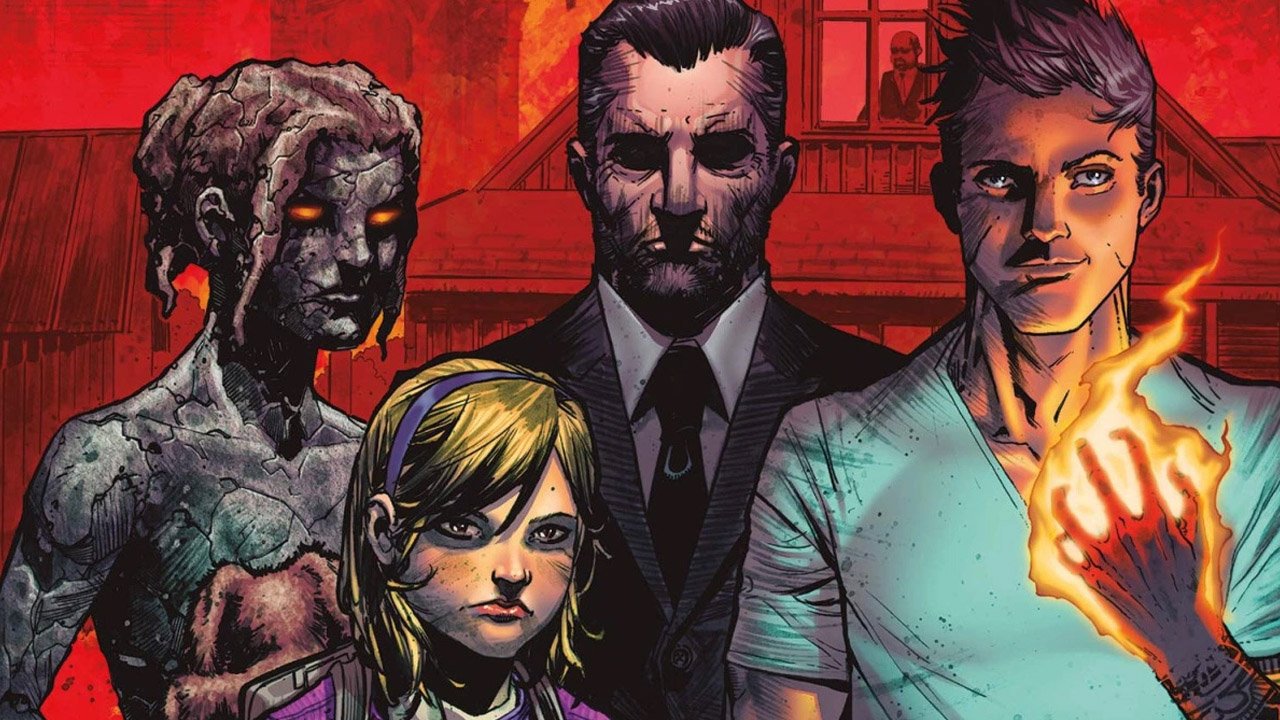 I don’t envy anyone tasked with writing a miniseries. Establishing new characters while setting up a plot that is compelling yet compact enough to be told in a limited run would be daunting for anyone. The Troop, a new five-issue series from Noel Clarke and artist Joshua Cassara, is the perfect example of a book trying to do too much in too little time.

The first issue, which shows a mystery man gathering a group of super-powered kids who are in turn being hunted by another (you guessed it) mysterious group, is almost entirely exposition. Flashbacks show who they are and why they are on the run without allowing time for the reader to care. Notice I haven’t named the characters? Two of the protagonists are never named, and the other two are introduced so incidentally that you will probably miss it. The plot, already clichéd, also involves a prophecy. Because why not.

What Clarke and Cassara do right is gory action. The opening scene, an assault on a home in Australia, is spectacular and gives the issue a momentum that unfortunately doesn’t last long. One standout involves Stephanie, who can turn her body to rock, taking out a helicopter. If The Troop’s writing falls flat, it’s saved in part by Cassara, who’s a talent worth watching.

The press release for The Troop describes the book as “The X-Rated X-Men For The New Millennium.” It’s unfortunately apt. The book features both male and female frontal nudity and sex scenes, which would be fine if they didn’t seem stuffed into the book to make it seem edgy. The teenager who was just saved by the mystery man? They are having sex now. The kid with fire powers? He brags about being good at sex. The Troop wants to be the comic equivalent of an HBO show, but ends being something only readers still in puberty will appreciate.

It’s worth wondering how much better The Troop would have been if Clarke had time to devote entire issues to each character. For example, one character is a young girl who can infect others with diseases. Her backstory, the strongest in the issue, involves domestic abuse and could have been poignantly told had it had more than six pages to develop. One panel worth mentioning shows, without text, the mother stitching up her face as the father bangs on the door and the girl hides under a bed with some books. It’s the one part of the issue that features actual mature storytelling, but it’s crammed into the narrative without ever even giving the girl a name for readers to know her by.

There’s still four issues for The Troop to redeem itself, but the first issue doesn’t offer much hope for the miniseries. There’s still a prophecy to explain and a few characters in need of proper names. At the end of the opening issue, the team is gathered happily at a breakfast table acting as though they are already a family. It’s an appropriate ending to a disappointing book. Families, after all, need more than 33 pages to come together.

There’s still four issues for The Troop to redeem itself, but the first issue doesn’t offer much hope for the miniseries.