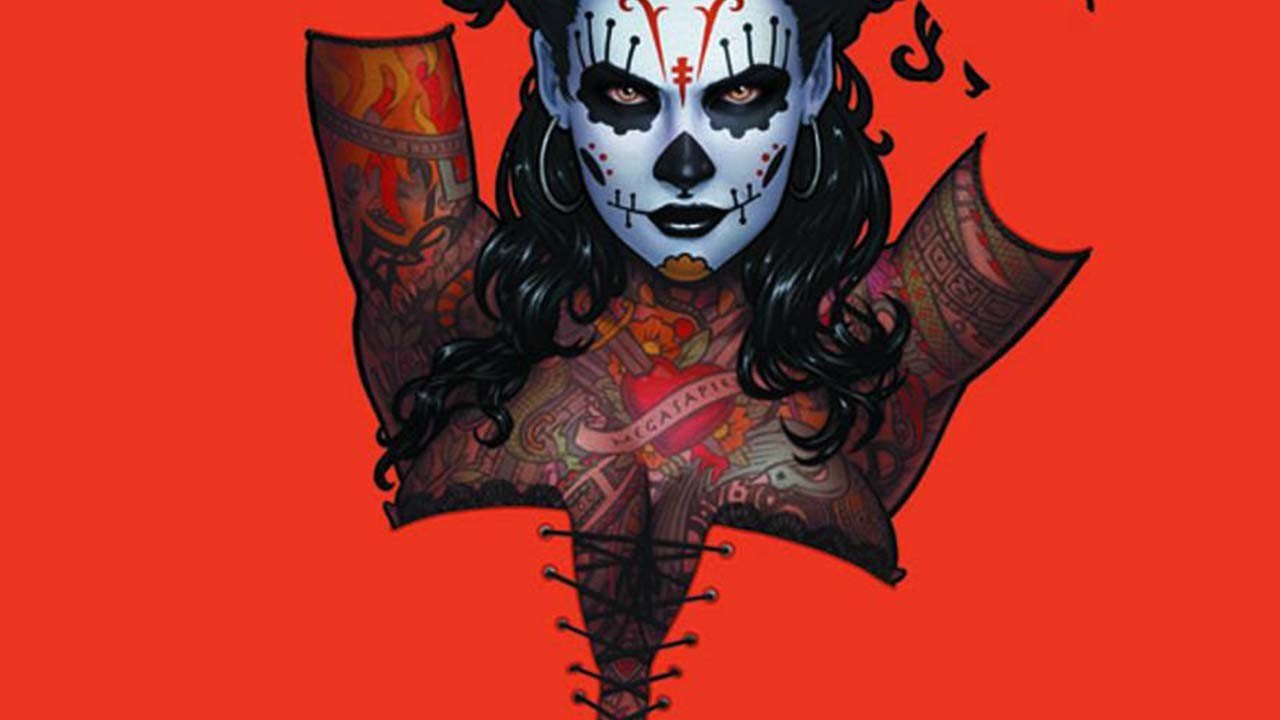 Witchblade has always intrigued, me, but up until now I’ve never taken steps to immerse myself in the expansive lore, be it the anime or one of the several comic story arcs. With the release of Witchblade: Rebirth, I found a jumping-off point that acted as a good entry point. Combining the familiar (The Darkness, at least for myself, as a gamer) with a world I had never attempted to get lost in, Witchblade: Rebirth is actually a decent beginning to a series I feel bad about missing out on. This richly illustrated, visually arresting collection ended up hooking me with intriguing plot lines, familiar characters (Jackie Estacado for one, of The Darkness fame) and an accessible new beginning that didn’t make me feel as if I were coming in late to the party.

Sara Pezzini, bearer of the Witchblade, is a cop who’s just relocated to Chicago from New York, a plot twist I did have to read up on to get myself up to speed since I hadn’t followed the series before. It’s important to note that while Rebirth looks and feels like a story all its own, it’s actually a continuation (hence numbering #151-#155) — it’s not a brand new origin story, but it does have its share of changes. Sara’s in Chicago catching flak from officers after a specific incident resulting in her changing jobs from cop to private investigator. She’s apparently forgotten about her daughter Hope completely as she makes her way in this new city with her gumshoe gig. Her sentient gauntlet, the Witchblade, is front and center, which strikes a balance between Light and The Darkness.

With her personal and professional life seemingly deteriorating, Sara’s understandably rattled and having a difficult time adjusting to life without a badge, as she continues to pursue her “hunches.” Things were a lot easier with a badge to flash in her time of need, and the official access that came with it, something she’s lost with her new “private eye” title. She’s made her share of enemies while doing so. Of course, she can’t escape the legions of supernatural events that seem to trail her wherever she goes.

Issues #151 through #155 explore the Unbalanced Pieces arc, which follows Sara as she uncovers a coven of biker witches (the Brunhildas) through their war with a group of senior citizens who have discovered the fountain of youth — with dire consequences. Tim Seeley imbues Sara with a sense of empowerment and realness that enlivens her character as both a human being and the Witchblade. Sara’s just as real as anyone you may know, with insecurities, worries, and goals/plans you’d expect, rather than an exemplary female character who can do no wrong. It was this vibe that attracted me personally to the narrative in the beginning, but also lead into a dilemma with the artwork itself.

Diego Bernard’s stylized realistic-cartoony art is gorgeous to behold, especially with its usage of meticulous detail and eye for specifics, so it’s not the quality of the art I had a problem with — it was the overabundance of skin it seemed as though Sara was written to exhibit. With the personality quirks that she has, it makes little sense other than typical T&A obligations to show such embarrassing amounts of fanservice in scenes that don’t always call for it. It doesn’t mesh well with the storyline that’s unfolding and feels more like it’s been included for the sake of maintaining that specific audience than anything else. But it doesn’t need to resort to these types of situations so often in the tale it’s weaving when character development and intrigue alone will propel readers forward. It takes away from the quality of the art, in this comic fan’s humble opinion, to see the very same kinds of perspectives drawn so often, and fanservice when done within reason can be a great thing, but not in droves. One might also argue that those types of scenes are integral and central to Witchblade’s themes, but that can be evident within costume design while still reaching for creative scene direction and setup.

Those gripes aside, I found myself thoroughly engrossed in the Witchblade: Rebirth issues collected here. Side plot threads, including a particular Chicago cop “Big Woz”, the decidedly weird aura surrounding the Brunhildas and the supposed “fountain of youth” were intriguing enough to keep this Witchblade newcomer on board to see the scenes through, even though my initial impression was that first time readers could feel a little lost. While not all of my questions were answered, Witchblade: Rebirth is a great starting point for new readers and veterans alike to jump on board with Sara’s latest adventures — and that’s exactly what a rebirth of any kind should feel like.