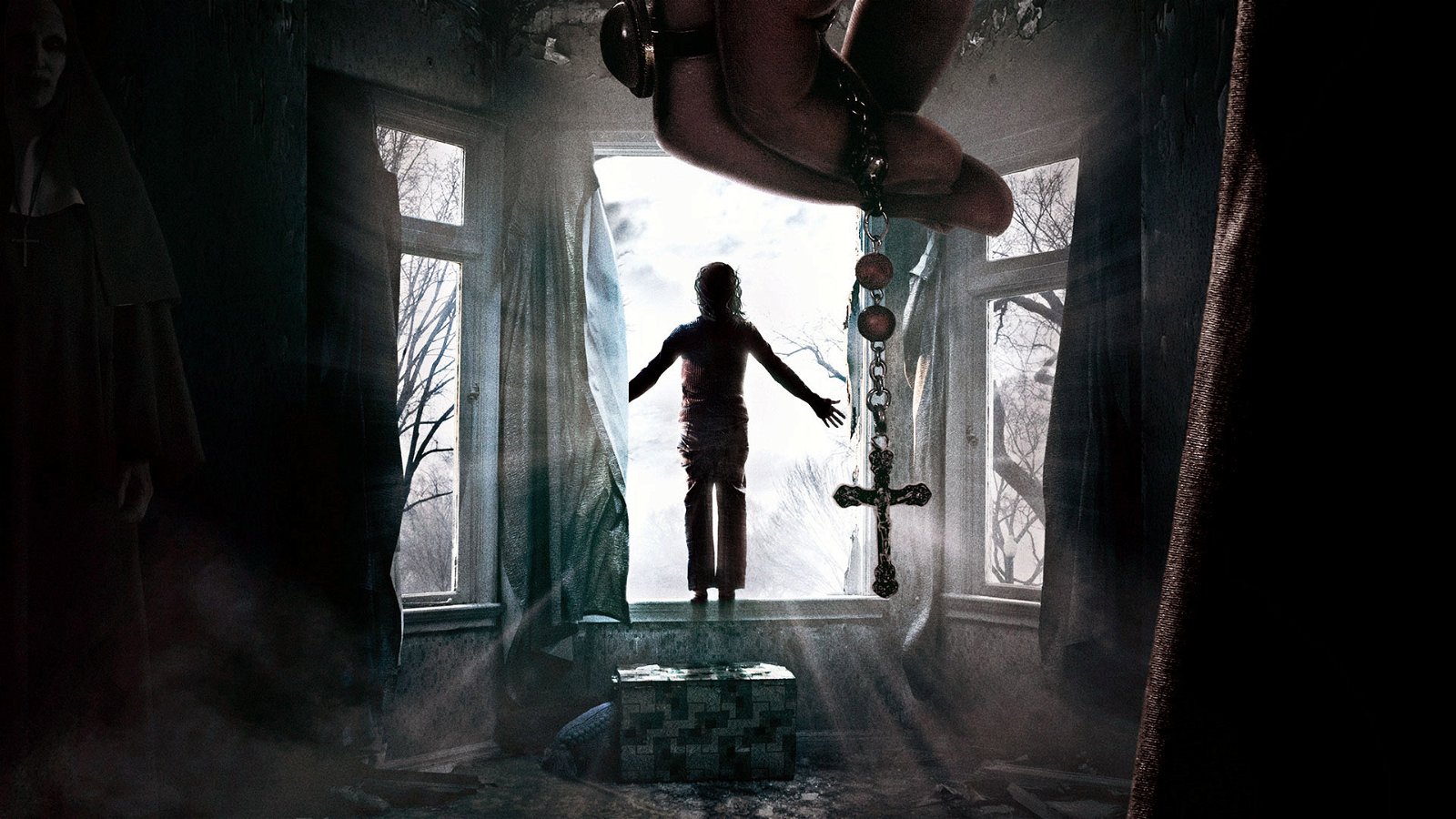 The Conjuring made $300 million worldwide a few years ago, making it a record-breaking hit for contemporary horror. That means a sequel (and that Annabelle spin off you already forgot about), was pretty much guaranteed even though no one particularly remembers much about it. The movie was merely an effectively constructed scare factory by director James Wan (Saw, Insidious, Furious 7) that peddled in Christian fears to pretend it was actually a true story. Since mainstream horror was dominated by torture, remakes, and camcorder hauntings for so long, it worked like gangbusters on audiences because they forgot about the old stylistic tricks that Wan trotted out at high speed. The sequel serves up more of the same only bigger, more expensive, and far longer. There’s a chance people will fall for it all again, but there’s also a more hopeful chance they’ll cry fowl at seeing the same old tricks without much variance.

This time the “true story” pulled from the files of Lorraine and Ed Warren (a pair of actual ghost hunting hoax conmen given icky credibility by these types of movies) is that of the Enfield Poltergeist. It involved a family in North London complaining of supernatural shenanigans with all sorts of photographic “evidence”. The movie obviously presents that silliness as real and on a massive scale, while we all get to play along pretending that’s true alongside some half-hearted discussions about it’s legitimacy (which are impossible to actually engage in, given the story takes place in a world already filled with real ghosties after the last movie). Still, Wan takes his time setting the stage. Creepy events pile up in a London home where a stressed cockney mother (Frances O’Conner) watches helplessly as her kiddies are haunted, and her youngest daughter (Madison Wolfe) is possessed. Meanwhile back in the U.S., the Warrens (Vera Farmiga and Patrick Wilson) have retired from ghost hunting, but are pulled back in Godfather III-style when a nun-demon starts haunting their dreams.

The set up actually works fairly well. Wan takes full advantage of his bigger budget to stage increasingly elaborate haunting scenes with all sorts of impossible camera moves and pregnant silences punctuated by loud noises and prankster ghosts. It’s glossy, slick, Hollywood haunted house stuff that hits the right visceral notes that The Conjuring dabbled in, only even more elaborate (that time on the Furious 7 set certainly didn’t encourage Wan to embrace subtlety). When Wan’s on his game, his limitations (like competent storytelling, or crafting characters that feel remotely human) don’t matter much because he constructs the movie purely through jump scare set pieces that conceal the shoddy storytelling. Unfortunately, that effective set up takes a full hour to play out. The Warrens don’t even get to London until a full 60 minutes into the film, and then The Conjuring 2 sputters trying to make up for lost time explaining the stories and situations.

This two hour and 14 minute horror movie is at least 30 to 40 minutes too long. Most of that unnecessary runtime comes right in the middle as Wan stages a passionless debate between scientists and the Vatican-approved ghost busting Warrens about the reality of paranormal activity. There are also drab attempts to humanize the breathing mannequins used to populate Wan’s set pieces that are corny and irritating (especially a cringe-worthy sequence of Wilson singing Elvis to the scarred children that grinds the movie to a standstill). Some of the actors, especially the dependable Farmiga and the quite talented young Wolfe, are quite good when ghosts chase them around. However, the script’s attempts at domestic reality are pretty brutal, and should have been cut since they don’t add any of the emotional weight that was clearly intended. Eventually, Wan picks up the pace again for a spooktacular finale with one big scare scene after the next, but it’s too late at that point. The carefully crafted tension of the first hour has long since disappeared. What we’re left with is a ghostly light show with big production values building up to a final fight with the demon that is so ridiculous and anticlimactic in nature that it feels more like a parody punch line than an actual finale.

So yeah, The Conjuring 2 is quite flawed, and way too damn long for a genre that really should tap out at 90 minutes. However, there’s no denying Wan knows how to craft a big scare scene, and it’s fun to see him use so many expensive toys to craft one of the biggest Hollywood horror train sets ever mounted. That just might be enough to please all those folks who showed up for the last Conjuring flick looking for little more than the big screen equivalent of a fairground haunted house. However, it doesn’t make it a particularly good horror movie. This is a let down after the last one, which was already quite overrated. It’s a horror flick that’ll separate the genre nuts from the casually curious. Have you seen classic horror flicks from the 70s? If so, you’ve already seen everything you could possibly get out of this sequel, and you’ll only enjoy the craftsmanship. However, if you’ve only seen The Conjuring and other mainstream horror larks from the last decade that you can barely remember, then this sequel is for you! It would be nice to believe there were more folks in the former group than the latter, but unfortunately we don’t live in that fantasy world. The Conjuring 2 will likely be the most successful horror flick of 2016. God help us all. 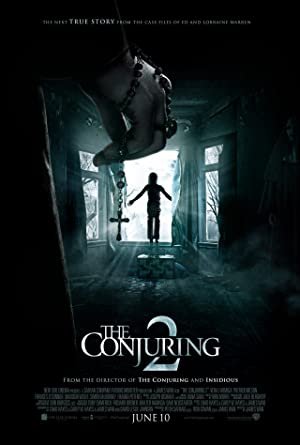