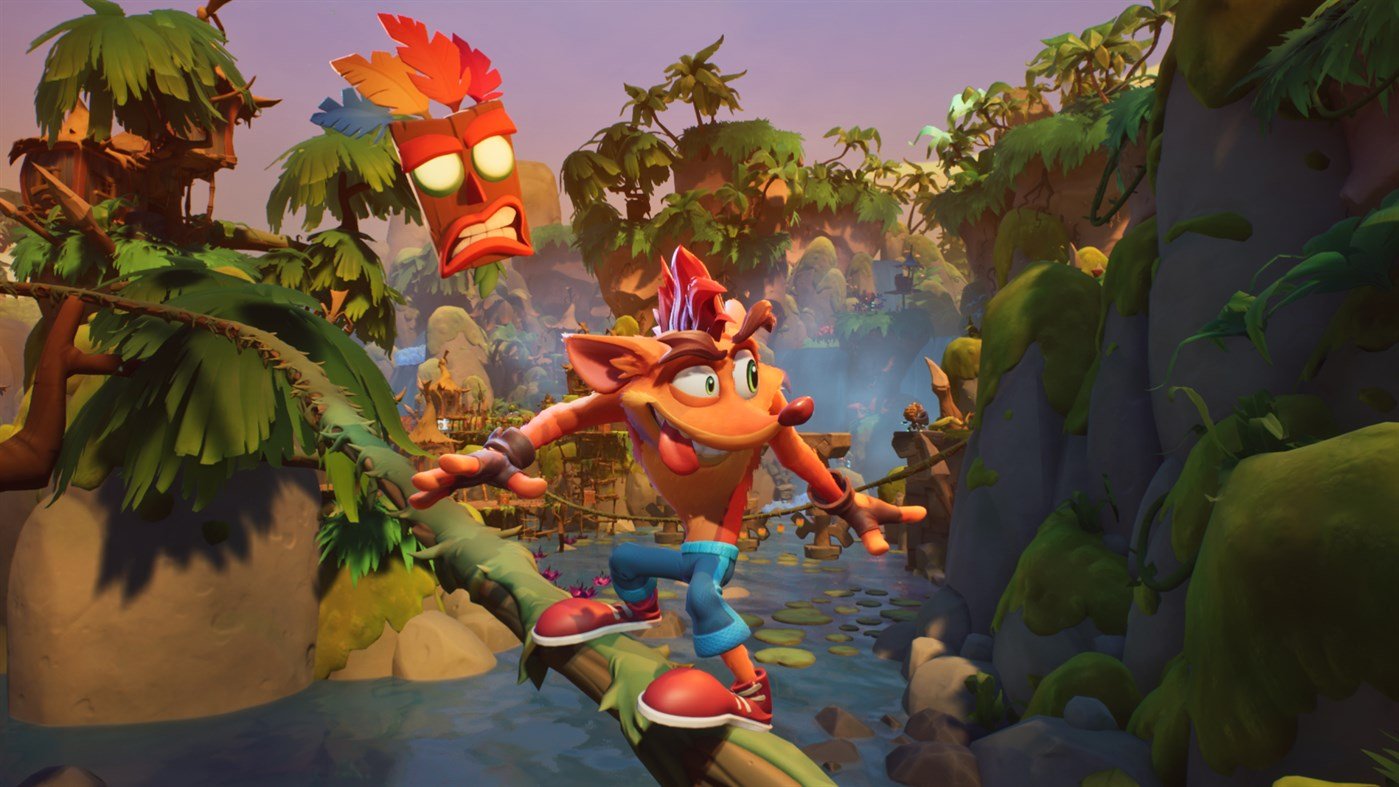 Following the critical and commercial successes of 2017’s Crash Bandicoot N. Sane Trilogy and last year’s Crash Team Racing Nitro-Fueled, a new installment in the long-abandoned series seemed like a natural progression. After all, with the loss of perpetual golden goose Destiny, the Activision side of Activision Blizzard seemed to be heading towards becoming a mill solely for the purpose of churning out Call of Duty games, and the revitalization of old IPs was an easy way to avoid that fate. But at the same time, it was such a risk that a great many fans doubted it would ever happen. It’s been 12 years since the last Crash Bandicoot game, and the last few didn’t exactly set the world on fire. Who would make it, and would they have the skills necessary to recreate a formula that hadn’t been successfully tapped into for over a decade?

Fortunately, Activision found their answer in Toys for Bob, developers of the Skylanders franchise, who had a history of working on games involving the marsupial before. The result is a game that perfectly captures the essence of the old classics, while at the same time introducing new elements to avoid being a simple retread of territory already revisited in N. Sane Trilogy. Crash Bandicoot 4 is a welcome nostalgia-trip that taps into the muscle memory of seasoned fans while offering enough new ideas to justify a new installment, the ideal scenario for any much-delayed sequel such as this.

Aside from a few easter eggs, Crash Bandicoot 4 completely ignores the existence of any game after Crash Bandicoot: Warped, with the main hook being each world taking place in a different alternate dimension. Immediately upon starting, the controls felt like a perfect replica of the original PS1 games. Even someone like me, who literally cannot remember a time in their life before they played Crash Bandicoot yet hasn’t touched the series since 2004’s Crash Twinsanity, instantly felt old childhood nerves that haven’t been used in decades start up again. The first level functions as a way for those like me to get re-acclimated into the way Crash moves and plays, but as soon as the second level starts, new ideas and mechanics get continuously introduced all the way up to the very end of the game.

The main new gameplay mechanic is the introduction of quantum masks, which give Crash special abilities at certain points in a level. These include switching between dimensions, allowing you to summon and get rid of different platforms and levels, spinning perpetually, which gives you longer jumping distances at the cost of speed and precision, and slowing down time to jump through fast-moving platforms and obstacles. These abilities are gradually given to you throughout the course of the game, ensuring that just as you’ve gotten comfortable with one mask, there’ll soon be another that you’ll have to learn in order to progress, keeping things perpetually fresh. In addition, the design of levels around these masks’ abilities means experiences completely new to Crash, so longtime players will be just as green for most of this game as someone who’s never gone near prior games before.

In the game’s overworld, you are given the option to choose between Crash and Coco before playing a level, but functionally there is no difference between the two. Where the real player character variety lies is in timelines, side missions that have you control either Tawna, Dingodile or Neo Cortex during events that take place concurrently with the main story. These characters have mechanics that are unique to them, such as Tawna’s ability to use a grappling hook or Dingodile’s vacuum cleaner that can suck up items out of reach for anyone else, offering different flavours from Crash’s gameplay. After their introductory levels, however, their missions are completely optional, ensuring that players can take a break from how the rest of the game plays without ever taking the focus away from where it should be: Crash. Other bonus content includes flashback tapes, short platforming challenges that are unlocked by reaching certain parts of a level without dying, and skins that are unlocked by reaching a quota of bonus gems for a mission. Looking at the skins screen, I got the distinct image of an Activision executive pounding the table and demanding that gems be sold as some kind of in-game currency to purchase DLC cosmetics, but fortunately, there is no such function, and the game is blissfully microtransaction-free.

Visually, it retains the graphical fidelity of the recent remasters while adding an insane amount of detail to the levels themselves. At any given moment, especially in the more open levels, if you look in the background there’s guaranteed to be some tiny aspect that the naked eye wouldn’t immediately catch. Considering the linear way Crash Bandicoot levels are constructed, most of these elements will never be interacted with, but the sacrifice of quantity for quality is a welcome one. There are some multiplayer modes, but they are only available locally with no online functionality, meaning that they’ll be off-limits to most people in the foreseeable future for reasons I hopefully should not have to explain.

At the end of the day, however, the most unique thing about Crash Bandicoot 4 is its very existence. The 3D platformer hasn’t been fashionable since the early days of the PS3, and with their lack of games-as-service appeal, there’s not as much reason to invest in them anymore. These days, the only new additions to the genre are crowdfunded indie projects made by small teams that grew up on the classics or, for some reason, two new Bubsy games. Outside of the big new Mario release, games like this simply are not made on this scale anymore. The fact that fan outcry was big enough to bring back a franchise that seemed dead in the water thanks to different copyright issues and convince a big corporation like Activision to spend the money on a new title is an uplifting story in its own right, so the fact that the game is this good feels like the cherry on top.

Crash Bandicoot 4: It’s About Time is exactly what fans of the series have been wanting for all these years now. A new game that not only reaches the heights of its predecessors, but strives to surpass them. It remains to be seen if it can attain that lofty goal in the eyes of gamers as a whole, but the fact that it set the challenge is enough to make Crash fans hopeful for the first time in what feels like forever.

Crash Bandicoot 4: It’s About Time delivers on the years of fan demand by offering enough to keep longtime players and newcomers hooked by the recent remasters equally happy. 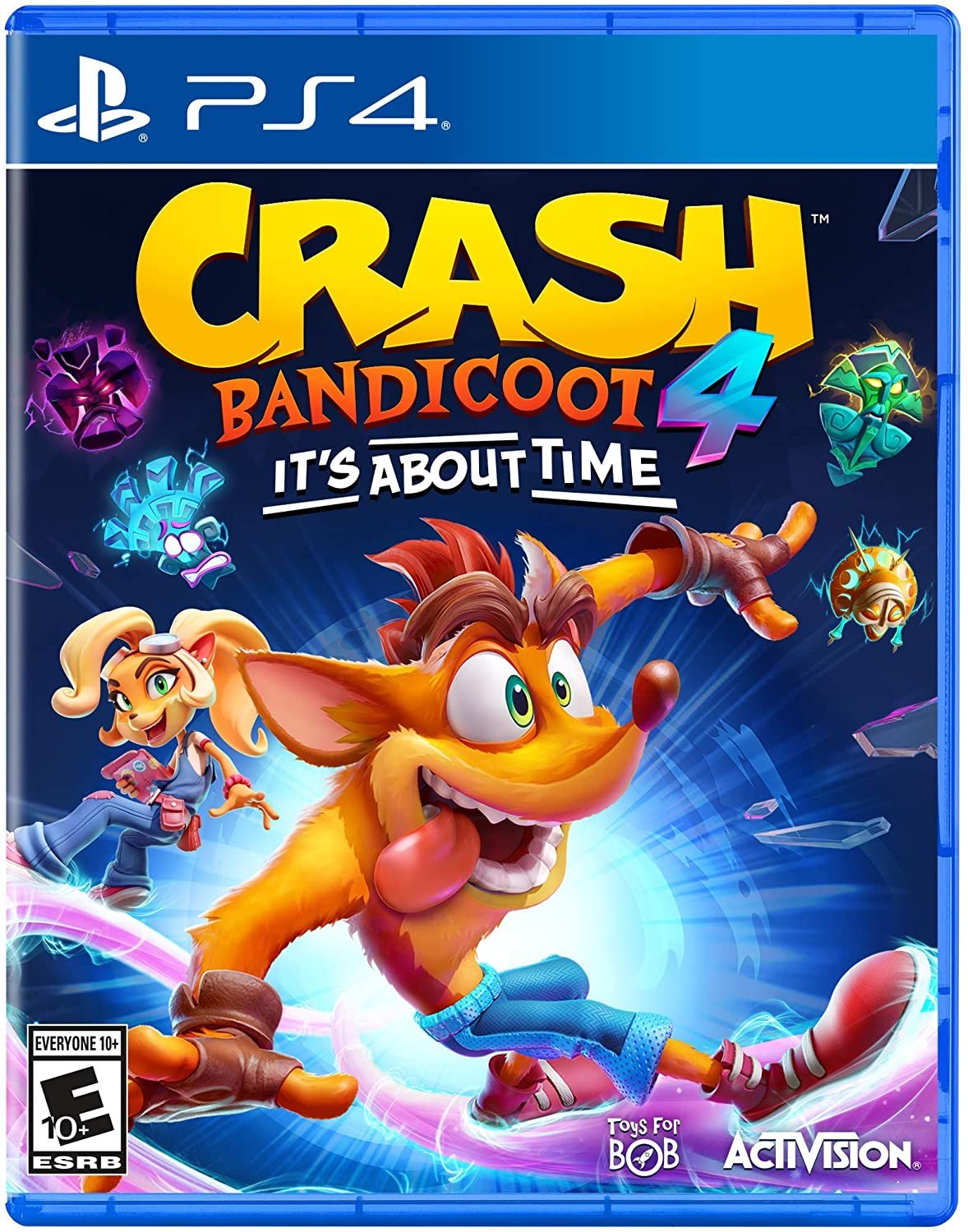