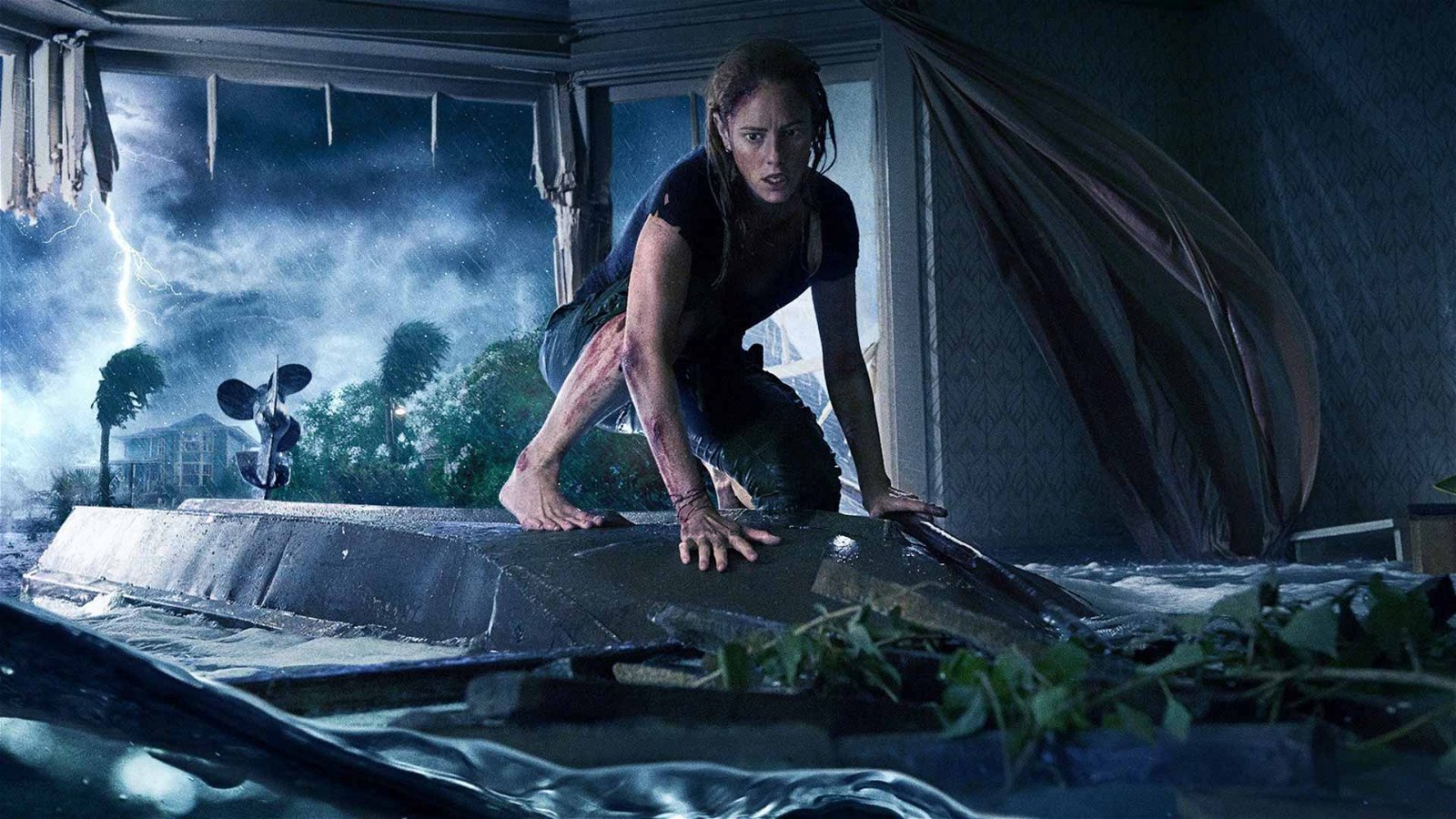 Crawl gets into the thick of it pretty quickly. After a short scene that establishes that our heroine is an ace swimmer (that’ll come in handy later!), we’re off to the wilds of Florida, where a category five hurricane is well underway next to an alligator farm. Yes folks, the premise is basically “what if there was Croc-nado.” While it could have been a mere joke, B-horror veteran Alexandre Aja, and the two leads (Kaya Scodelario, Barry Pepper) manage to make something of all this madness.

Although the CG is touch and go sometimes for the beasties, Crawl manages to craft a grounded, harrowing setting of a hurricane. Even when our hero, Haley, enters her home town to check on her dad (who is trapped beneath a crawl space, injured by an alligator), things aren’t looking good. It’s a simple overall set, mostly just a few buildings and a gas station are seen for nearly the entirety of the film, but I can vividly remember nearly every detail well after the film had concluded. Aja creates tension mostly by way of scarce visibility and the slow ramping up of the storm and does it with style.

Yet, Crawl does ultimately rely on a few tired tropes, most notably jump scares and some very quick pointless deaths just to raise the stakes. When juxtaposed to the realism of the storm the creatures can often feel cartoony, some of which is no doubt purposeful, but ends up cheapening the impact a bit. If you’re a gore fiend there’s plenty of horrific deaths and lots of pain to cringe through.

I also had a mixed reaction when it comes to the heart of the film, which deals with the troubled, but ultimately love-filled relationship between Hailey and her father. Pepper has always kind of flown under the radar since Green Mile, floating between memorable and questionable roles, but he gives it his all here and you are rooting for him. The same goes for Kaya Scodelario’s performance, even though you never truly spend enough time with these characters to turn the corner: Crawl’s runtime clocks in at less than an hour and a half. I expected nothing from Crawl and got something. It’s a great summer thriller after you’ve seen all of the critically acclaimed flicks, and a bright spot on Scodelario’s rising career in spite of how you may feel about the genre.

Although it wrings its premise all the way through until the end, Crawl is a decent thriller propelled by two believable leads. 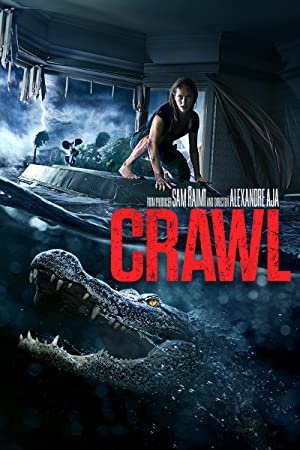