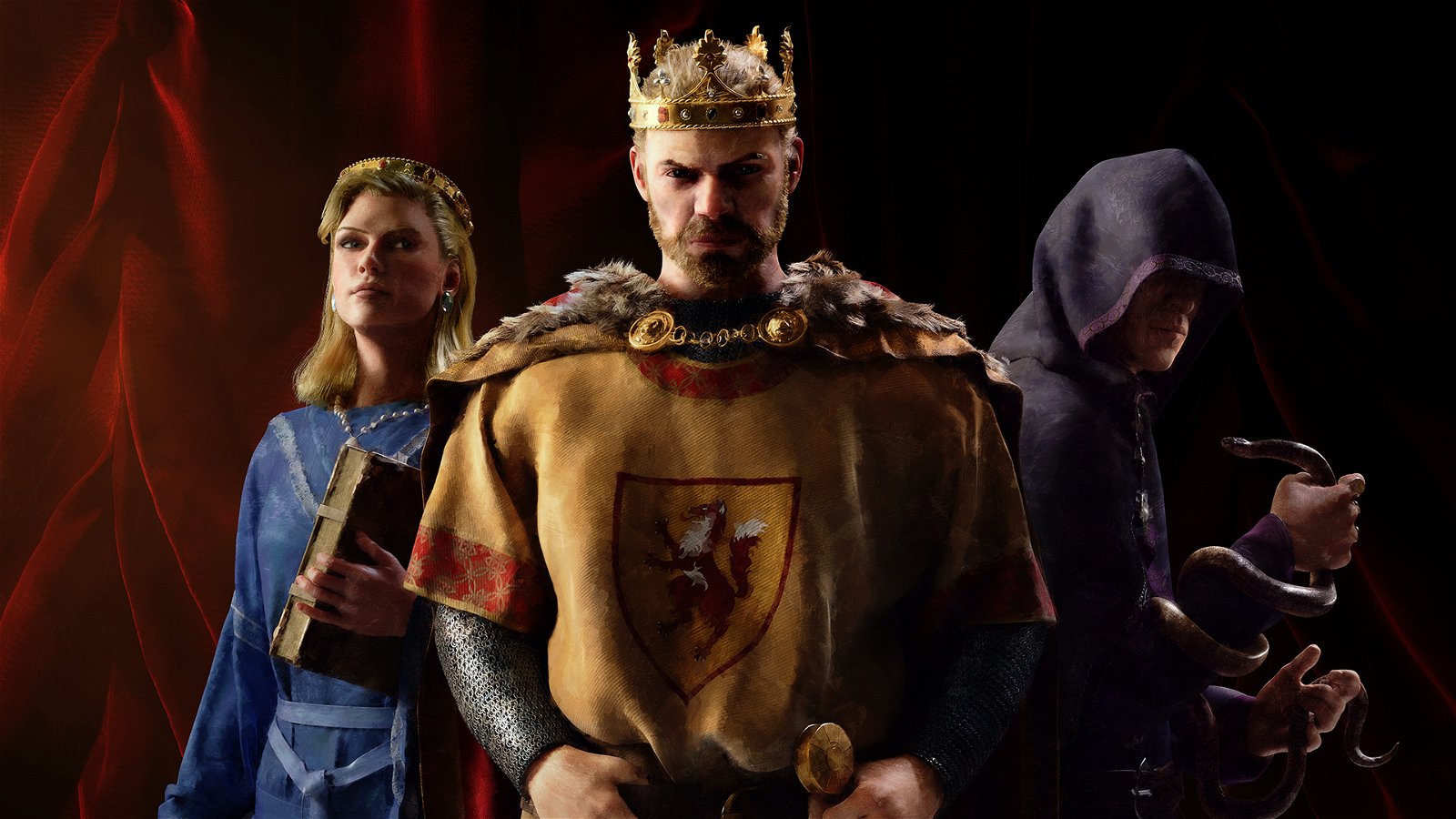 Crusader Kings III is, at its heart, a game about family. Though you may manage a kingdom in the Middle Ages, be it in Europe, Africa, or Asia,, building up its economy and expanding your realm through conquest, the driving force is the dynasty that bears your name. Its bickering poets, diplomats, schemers, deviants, and idealists will vex, delight, and confound you as they make their own plots amidst your attempts to create a legacy for your house. They will ruin you. They will surprise you. And you will crush your neighbours, backstab your allies, and work your way through a complex political landscape in their name.

Because what Crusader Kings III excels at, thanks to the myriad ways its systems interact with each other and a user interface that is easy to understand, is making you invested in the story of your family. No matter if you’re a count, raja, chieftain, or emperor, the journey you’ll experience will be well worth it.

Fortunately, it doesn’t take long to become enthralled in these stories. I would hesitate to say that Crusader Kings III is more accessible in comparison to its predecessor – the sheer number of things to keep track of and manage make it difficult to argue that. But it is much more usable, with a clean UI that highlights important information and a tutorial that, while dense, is paced well. Even if I don’t know how to activate a specific interaction or what a certain term or phrase means, I know where to look for it thanks to the exemplary work Paradox Development Studios has put in to make Crusader Kings III easier to grasp.

Again, however, that does not make it any less dense. The start of a game begins with choosing between two eras of play (867 and 1066) and then picking one of thousands of possible playable characters and houses that make up the world. Stretching from Iceland to Tibet, the map is massive and filled with counties, duchies, and kingdoms for you to play as and interact with. And while there are a few characters who the game recommends to play for your first time, it is far more interesting to pick one of the lesser nobles and start from scratch.

In the file where I spent most of my 75 hours playing,I started as a simple count – Count Guilhem of House Forez, based out of Lyon in the Kingdom of Lotharingia. With no wife, no children, and being in his early twenties, he was a solid starting point in my view. He was lustful, ambitious, and impatient, which are but three of the many traits that each individual character can have. Each of these traits provide various benefits and setbacks; for example, lustful increases Guilhem’s fertility, but is also considered a sin by Catholicism, so he will receive penalties to his religious interactions. Some traits are developed during childhood, others are unlocked through actions, but each plays a large part in determining how a character will react to others, as well as how they can respond to events.

Furthermore, each character can embody a lifestyle that gives experience to one of five categories – diplomacy, martial, stewardship, intrigue, and learning. Experience is earned monthly or through making certain decisions, and once you reach the threshold, you can unlock a skill from one of the skill trees that fall under each category. And each skill can dramatically alter how you play. Count Guilhem’s first skill improved construction times on buildings – as a result, I built far more things during his reign than his two successors combined.

More than just having skills for each individual character, each Dynasty can unlock traits that apply to the entire family provided they earn enough renown. Much like character skills, these traits fall into one of several categories, most of which fall in line with the five aforementioned skill trees. In the case of House Forez, I devoted myself to the Kin path, which places an emphasis on family and fertility. To be honest, I wanted my heirs to have lots of children, and considering my dynasty would go on to have over 400 living descendants in the year 1250, it was a worthy investment.

With skills and traits as a base, you can begin to interact with your neighbours and other characters. Count Guilhem is impatient, which means his patient king already dislikes him. Not an ideal way to start a relationship, so I decide to see if I can get a hook on the king to blackmail him by asking my spymaster to investigate. Hooks allow you to threaten or otherwise change the opinion of other characters should you discover their secret. Later in this game, I will discover one of my niece’s is a cannibal, and I will use that hook to blackmail her into paying higher taxes. But at the moment, my spymaster finds nothing. Instead, I set my sights on neighboring counties to see if any are up for the taking via a good old fashioned war.

Battles take place on the map with only a small animation depicting the two sides hitting each other. There are a large number of factors that determine the outcome of a fight, the simplest being who has more soldiers. But elements such as terrain, skill of the commanders, the overall quality of the troops, what types of soldiers are at your command, and many other aspects mean that it is possible for better positioned forces to overcome larger ones. The most important battles are also typically sieges, when you watch an enemy army slowly make their way towards the capital they’ve foolishly left unguarded.

Yet battles may also be the weakest part, which says more about the quality of the other systems in comparison to warfare. For example, it is difficult to control or direct allies in a war, regardless of whether you are its leader or a mere vassal, which makes it harder to pull off campaigns. Often, allies would target an unimportant barony or would neglect to assist in a battle I was fighting. It is merely adequate at this time, and it did instill in me a habit of neglecting allies as a result. Better to do the work yourself than wait on others’ erratic habits.

I also feel that how you raise an army is cheap and too open to abuse. When raised, soldiers gather at designated rally points which you create. The simplest soldiers, your levies, take time to form up, which is determined by how far the levies home is from the rally point. Your professional soldiers, be they mercenaries or men-at-arms, can form up instantly however. This means that you can disband an army in Jerusalem  and have that group spawn in London with no time passing at all. I abused this regularly, and though it is effective, it is far too powerful of a strategic option and makes fighting multiple wars/revolts easy.

Jumping ahead a few centuries, House Forez has formed the Empire of Francia, and its current head, Empress Alda, is starting her own Christian faith. Creating this faith is intuitive, with a diverse set of options to choose from in how that faith will operate and its core tenets. Most importantly, I choose to make this faith more open to other religions so that I can quell the revolts in the Islamic counties that I obtained when I briefly travelled to Spain. Many of these counties will convert to the new faith – yet I could have just as easily crushed them through tyranny and military force rather than put up with them.

I will not list everything I could have done at this juncture, but the number of choices I could have made ensured that the one I did make felt important. Every action and choice had consequences, some more clearly defined than others, and they each served to build upon the story and legacy of this simple family that I picked on a whim early on. Crusader Kings III is built to tell these stories, and it’s fantastic in how it does so.

As fantastic as the story of House Forez has been, it has not been without some repetition. I routinely experienced the same events time and time again, sometimes while playing the same character. Feasts in particular are infamous for this, as there are only so many times where I can see two people fall out of a closet before it gets boring. My learned emperor acquired four pairs of eyeglasses to compensate for his failing eyesight over a ten year period. If you happen to play back to back characters who specialize in the same skill, say diplomacy for example, this is much more noticeable as certain events only occur in certain paths. There are a vast number of events in Crusader Kings III, yet I would all too frequently see the same ones pop up far more often.

Even with that repetition, Crusader Kings III still allowed me to create a memorable story around House Forez. What’s more, I know there is plenty more to do with other families and regions that will offer a very different experience. I already know playing as a tribal leader in Africa is an entirely new challenge in comparison to feudal Europe, just as playing as a clan of Muslims in Iberia is. India excited me in the brief hours I played, as did the Scandanavian raiders who I need to test out at some point. And there are a lot of unique events exclusive to playing female rulers that add yet another layer on top of the proceedings.

This is not even taking into account the number of parameters you can change before the game begins. Want to randomize the starting locations of every character? Done. Want to make society matriarchal? Easy. Want to make asexuality the most common sexuality in the world? There’s an option for that. If you want to get creative, you absolutely can.

And that’s ultimately what Crusader Kings III is; a game that excels at creating a story that will captivate you regardless of what kind of story you want to tell. It will surprise you all too often in how each system interacts with each other and how your neighbours and family respond to your actions. House Forez’ trials and tribulations will stay with me for some time, and I hope that those who play this will create a dynasty that is as memorable for them as this one was for me.

Crusader Kings 3 is a compelling strategy game that deserves to be played. Paradox Development Studios outdid themselves on this one. 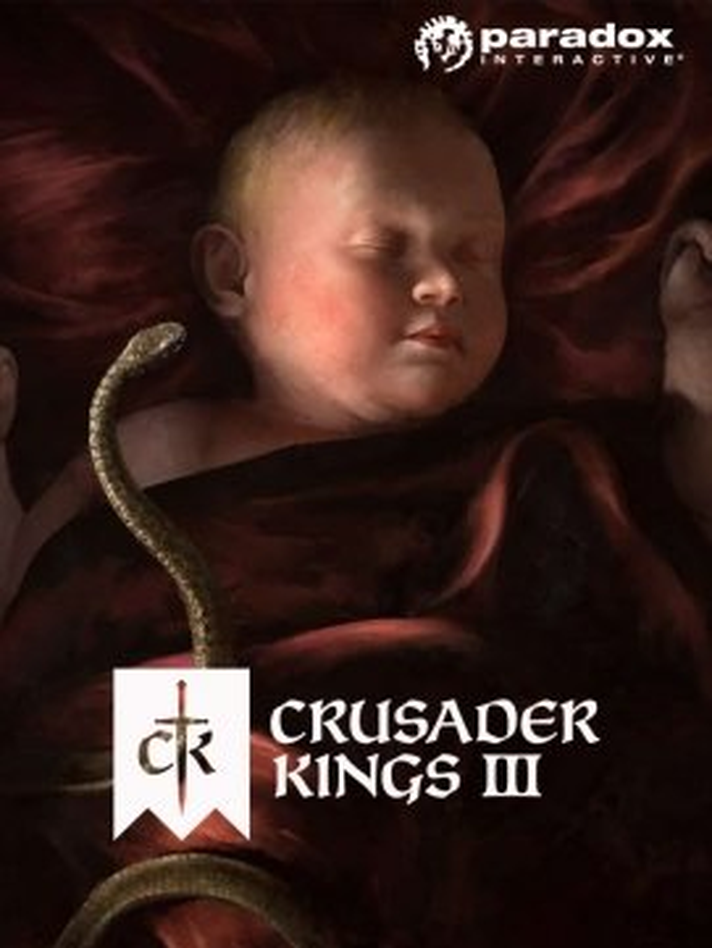