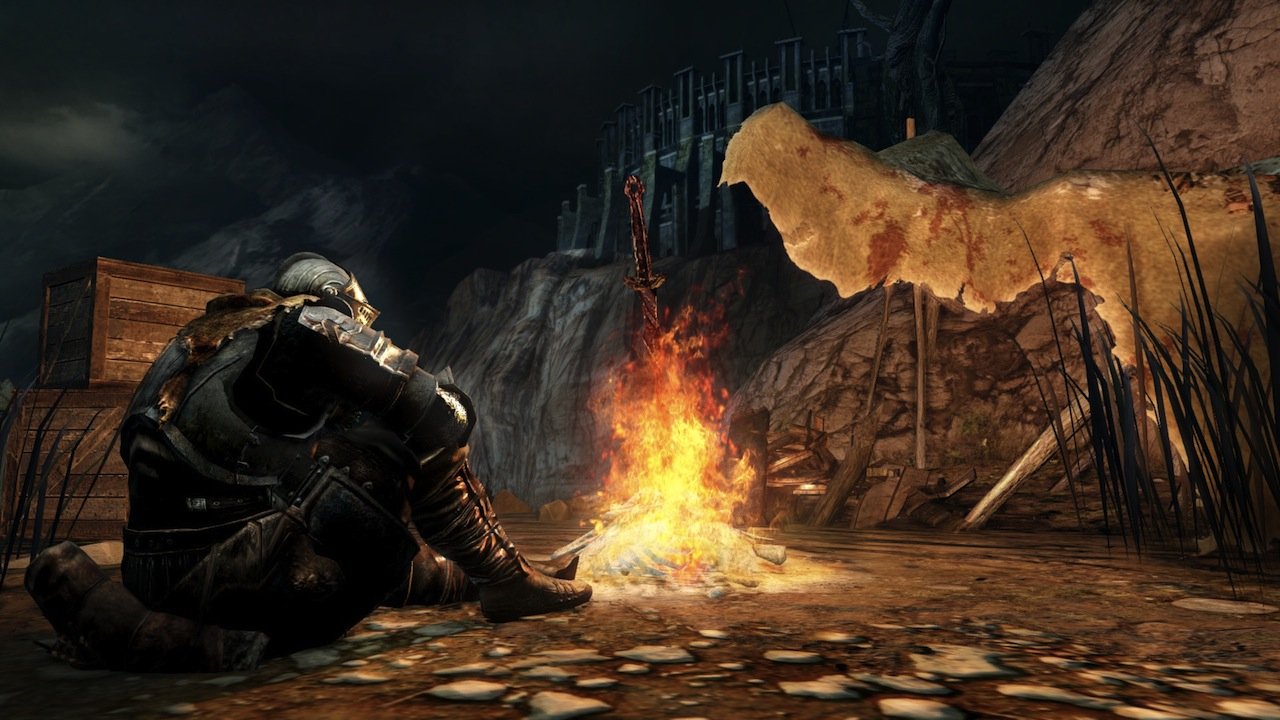 When I sat down to write this review, I didn’t know what I was getting into. Having played both the first Dark Souls to completion multiple times, and the spiritual antecedent Demon’s Souls (although I didn’t finish it), I knew I was coming into a game about exploration, consideration, and repetition (the good kind). What I got only emphasizes it further by comparison: Dark Souls II is a hard game, both to play and to review.

On one hand, when a game frustrates you to no end, it’s not generally a positive. From Software’s games, ranging from King’s Field to Dark Souls, are embodiments of frustration and repetition. It took me almost a week of non-stop play to beat this game, including roughly 10 hours I spent wandering around to previous areas because I had forgotten to talk enough times to one NPC that helps you progress to one of the mission areas. Even without repeating areas due to death, the game is long, with a huge number of mandatory areas. I logged a total of 67 and a half hours on it, from start to finish, and I didn’t find all of the secrets in the last three areas of the game.

And I loved every minute of it.

Despite being lost for a huge period without an idea of how to progress, I still found secret areas, including the multiplayer Belfries to explore (where you try to ring a bell while players defend against you), and even discovered some secrets as to how to alter some future boss fights. I managed to find the second boss of the game, which I completely missed due to finding an alternate route (through a hidden pirate cove). I even skipped over an NPC who helps you enter one of the game’s main areas through experimentation with item powers. The game is nonlinear done right, with the ability to find areas in whatever order, and the items and skills offered ultimately change what you use at any point. There were a few instances where I felt I missed things due to order, especially near the end. The game tends to be obscure by design, relying on players to discover for themselves (or to warn others through a limited message system).

The game’s lore, like that of its predecessor, is largely told via suggestion and item descriptions, and it handles this well. The level designs are even more varied than the original Dark Souls, and every area feels distinct and evocative. One of the early areas, Hilde’s Tower of Flame, is a crumbling, yet still impressive fortress fit for knights, dominated by a huge fire-sporting column and with its broken structures patrolled by bronze giants. It retains its former glory, even if you walk on the broken, narrow remains of a hallway to reach the nearby citadel. The game surprised me at times with the places it took me, even though you could often see your destination in the horizon; the last area of the level is almost breathtaking, and I don’t want to spoil it with details, but it’s quite impressive. The hub town of Majula, the decrepit settlement of lost Undead by the sea by the setting sun, gives you a distant view of the closest areas, including the foreboding tower inland that you know will be one of the climactic moments. It is certainly a Souls game.

The combat is the core of the game, and is what you’d expect from a Dark Souls game. Enemies have widely different combat styles, and areas are laid out to provide environmental hazards and combat situations that surprise and challenge you. The bosses, especially, are quite well designed, and vary in their tactics. The first few are actually fairly easy to beat, only for the difficulty and complexity to greatly increase soon, and the variety of means by which to beat them made each one interesting, even the ones that made me angry. Soloing them becomes quite difficult quickly on, and summoning people is downright critical in some encounters; a trio of boss monsters in the Lost Bastille were my first experience with cooperative play, and the fight still was challenging and murderous with two heavy allies challenging them. Putting down a summon sign to help another person, and succeeding at the boss, rewards you with more souls and restored humanity and spells, incentivizing cooperation and helping others to practice on the boss without losing your own resources. The bosses are one of the few areas the orchestral music kicks in, and I’m inclined to believe it’s an improvement even over the amazing scores of the original, evoking each boss’ theme quite poignantly.

Now, multiplayer in Souls games has always bothered me conceptually. I dislike being forced to engage in multiplayer, and one aspect of Dark Souls I worried about was greater requirement to play online. Being Hollowed no longer protects you from PvP invasions, which means that being online puts you at risk for someone showing up and killing you, causing you to lose your hard-earned souls. In practice, I was only invaded a few times, and while I lost more than I won, it was rare enough it didn’t bother me. Whether or not it will remain that way or is just because the game is new has to be seen.

Despite its difficulty, however, what stands out to me is the little conveniences added. You no longer have to manually repair items unless they break, their durability repairing at bonfires. Spell variety has been greatly expanded from the original, as said, and they vary more widely – being able to swing a greatsword made of soul energy to cut down foes, or set fire traps for foes with pyromancy, greatly expands it. It takes a bit to get this variety, as the game requires a bit more specialization in stats and exploration rather than giving you lots of unique weapons early like the original, making it harder to try without levelling yourself, though the ability to reassign levels by giving an item to the first characters you meet (of which I received four over the course of the game) feels like a generous way to experiment and correct mistakes while learning the game. The game is harder than the previous games, without ability to powerlevel through as easily as before, but it gives you plenty of wiggle-room to tackle its daunting curve. It’s an important set of features; Souls games are learning experiences and exercises in practice, and to see that encouraged is heartening.

But in the end, I found myself enjoying the game even at its incredible length. The land of Drangliec feels like an old place, crumbling away as its king retreats into his castle, and the story plays itself out with the minimalist flair I’ve come to admire. A game like this engages rather heartily, and gives plenty to explore in terms of your character’s development and the rather expansive game world.

I recommend this to anyone who enjoyed the original. It’s engaging, substantial, and definitely warrants multiple playthroughs with different character builds.

Make sure to check out Alex’s full review of Dark Souls II in the April issue of CGMagazine.

Even without repeating areas due to death, the game is long, with a huge number of mandatory areas. I logged a total of 67 and a half hours on it, from start to finish, and I didn't find all of the secrets in the last three areas of the game. 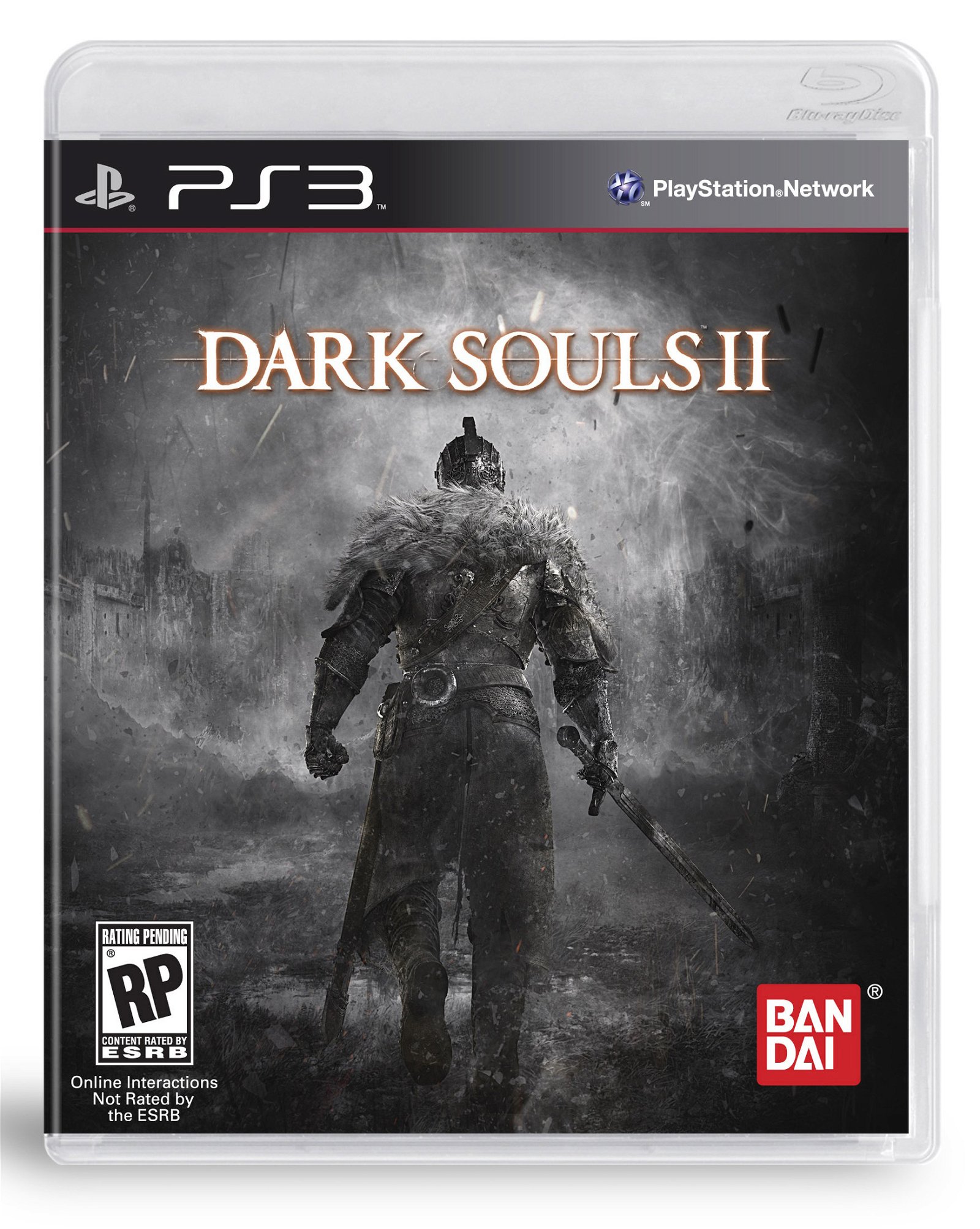