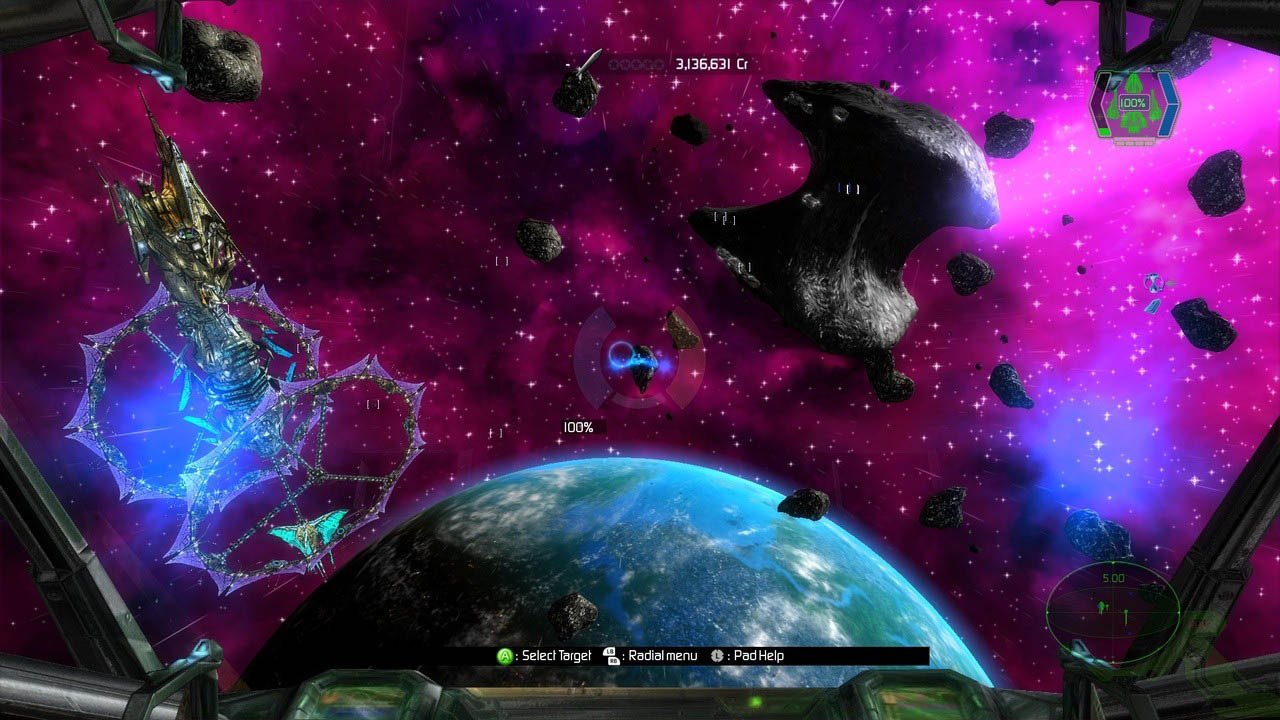 With space simulators now practically obsolete, the release of Darkstar One – Broken Alliance should prove as a surprise for followers of the genre. Darkstar One was a PC game from 2006 that’s been ported as-is to the Xbox 360, with only an improved resolution to show for the port.  While not the finest example of space simulators, Gaming Minds Studio’s, originally Asceron Entertainment, port of Darkstar One proves the genre is still kicking.

The setup will be immediately familiar to any gamer: Your father bequeaths you his final creation, an upgradeable, alien-powered spaceship called “Darkstar One.” Your mission is simple; find out who murdered your father – which of course unlocks a larger plot wherein the fate of the galaxy may be at stake.  What isn’t simple is how you go about doing it.

Darkstar One is the kind of space adventure that incorporates some RPG-style elements along with some free-roaming side quests. Literally from the get go, you are plunged into dogfights and missions galore.  And almost as quickly you discover that you will need to make money – through various means including: piracy, assignments, bounty hunting, trading or smuggling – in order to upgrade your ship so you can accept many of these missions.

Your main character, Kayron, can go several different paths depending on how you play the game.  You have the choice of becoming a ruthless killer, a famous trader or smuggler, a hired gun/mercenary or even a rogue, attacking the same police force that issued you your ship. With the various styles of missions: getting involved in political strife, protecting convoys, hunting down pirates, etc. you can find yourself getting caught up in this surprisingly vast game.

The controls of the Darkstar One, particularly the steering, are very frustrating. One annoyance comes from simply landing your ship in the game’s many trading posts.  It may seem easy enough, but with other ships fighting through the small entranceway this can be incredibly annoying.   However, these frustrating controls come into full effect when trying to follow someone or shoot a ship down, which can be incredibly difficult and annoying.  The best way to go about doing this is by using your throttle and creating just enough distance between your opponent and yourself.  While this strategy proves handy, it seems far too clunky.   Limiting players to these sloppy controls does not make for the best experience when plunged into dangerous territory.

Gaming Minds also built in a neat RPG-element: the Darkstar One can integrate salvaged alien technology into its plasma weapon — a mysterious, upgradeable, super device. By bonding with enough alien artifacts, depending on how you choose to upgrade the plasma weapon, you’ll be able to recharge your shields, drain power from enemy ships, cloak or even transform with the press of a button. It really is a loose feeling RPG in space, your ship is completely upgradeable in a new and cool way, you take on the missions you want and you deal with them the way you want to.

There’s plenty to keep you involved in DarkStar One, including secret missions, tons of upgrades, and even hidden star systems.  The game provides you with a multitude of choices and missions to partake in.  Each system is extremely vast and adds that sense of exploration as well.  Gaming Minds obviously put a lot of time and effort in these features and they undoubtedly become the highlights of the game.

The voice work in the game is best described as above average, the dialogue can be a little hammy at times and there only seems to be four or five sayings that opponents spew forth during combat.  With combat in mind it’s also worth noting that when fighting multiple opponents or gangs, every character is a clone of the next.  Even after shooting down one opponent, that same foe reappears in the next ship.  The same can be said for the attendants in each system’s trading posts, even if they are million miles apart from one another.

While Darkstar One does nothing innovative, it does a lot of things expertly within a genre that’s, sadly, fallen by the wayside in recent years.  In several ways, this game is wonderfully immersive, however the game can also be incredibly sloppy in both presentation and controls.  It’s hard to suggest a game that intentionally falls short because of such laziness, but in the end its good qualities do persevere.  Definitely not for everyone, but if you’re looking for hours of space missions and exploration or simply looking for a new space simulator to play this may be the one for you.

While Darkstar One does nothing innovative, it does a lot of things expertly within a genre that's, sadly, fallen by the wayside in recent years. 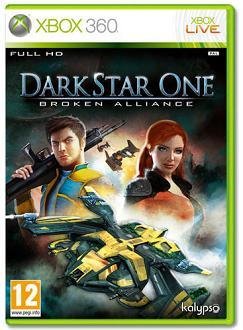