Dead or Alive is a franchise that I’ve watched slowly transform over the years into a series I could hardly recognize. My interest in the Dead or Alive series began with the fourth entry, but with releases of later titles, it wasn’t long until I began to feel that Dead or Alive cared more about visual fanservice than anything else. After the mountain of downloadable costume DLC for Dead or Alive 5, Koei Tecmo announced their desire to tone down the sexualized portrayal of the characters to focus on designing a game meant for tournaments. Although the statement didn’t turn out to be entirely true, Dead or Alive 6 is still a decent fighting game all the same.

Though it has been nearly a decade since the release of Dead or Alive 5, Dead or Alive 6 doesn’t do much to shake up the status quo of fighting games. The game offers a handful of single-player modes, mostly existing to help teach or re-educate players before they move onto online multiplayer. Even in comparison to its predecessors, Dead or Alive 6 removes many of the series’ more unique features, such as tag team matches, in favour of being a more simplistic fighting game that just about anyone can pick up and play.

Graphically speaking, the series has never looked better than it does with Dead or Alive 6. The game retains its blend between anime and realistic graphics but unlike previous entries, clipping is far less of an issue this time around. Dead or Alive 6 hits its targeted mark of a stable 60 frames per second, creating a fluidity that makes the game not only a joy to play but even just to watch in action. Despite Koei Tecmo’s marketing saying otherwise, Dead or Alive 6 does contain a lot of the same fanservice that the series is now known for. There’s no way around this and it is bound to turn away potential players, but players do at least have the option to toggle the physics, making them a bit less outrageous at least.

While fans who have stuck with the series’ story mode thus far are likely be entertained, newcomers may end up hilariously confused when the story shifts from a teen servant being ordered by her master to locate a Japanese schoolgirl with dormant superpowers to ninjas infiltrating high tech facilities and watching over wrestling arena matches. Dead or Alive 6’s story is pieced together loosely by short cutscenes that don’t always flow together to fill in the blanks and tell a cohesive story.

The keyword to Dead or Alive 6’s design is accessibility. Ignoring the previously mentioned losses, this philosophy works out for the better in many cases. In addition to the strategic parry system that has been refined over previous titles, Dead or Alive 6 introduces a new special meter called the Break Gauge. When filled, players can use this gauge to evade and counter attacks or unleash a powerful combo. These can all be done at the press of a button, making the techniques easy to carry out while adding another layer of strategy to fighting. Dead or Alive 6 focuses less on figuring out how to pull off moves and more on how to weave these simple techniques together.

To prepare players, Dead or Alive 6 offers extremely helpful tutorials. These tutorials cover everything a player might need to know, providing them with all the tools they need to start working on combos and defensive strategies. Unfortunately, many of these tutorials take away from the game’s already limited single player content. The greatest casualty of this is Dead or Alive 6’s new DOA Quest mode. This mode is comprised of a long list of unrelated fights, placing players in control of the game’s various characters. In order to get three stars and receive the completion reward, players will need to meet different requirements from finishing the fight within a certain amount of time to using certain techniques. DOA Quest even goes as far as linking back to the game’s tutorial, teaching players how to pull off the required moves. It’s a helpful system, but because new missions can only be unlocked after clearing the ones that are initially available, experienced players will likely find the mode to be a tedious slog before they reach anything even remotely challenging.

DOA Quest’s tedium might not have been so bad if players looking to customize their characters weren’t forced to play through it. While Dead or Alive 5 locked a ton of costumes behind DLC paywalls, Dead or Alive 6 allows players to unlock different outfits through gameplay. Completing missions in DOA Quest mode with three stars gives players materials and after gathering enough of them, players unlock the option to buy said outfit with in-game money. This wouldn’t be worth complaining about if the amount of required materials weren’t so unnecessarily high in relation to how much is rewarded, forcing players to grind as much as possible. Drawing things out even longer is the fact that materials are locked to specific outfits and there’s no telling which you’re going to get. It’s even possible to unlock outfits for downloadable characters you haven’t purchased, making the entire uncontrollable process a waste of time. A planned patch is meant to be coming later this month, significantly increasing the materials players receive and tying them to the currently selected character.

Online multiplayer is surprisingly lacking in Dead or Alive 6. Currently, players can only enter random ranked matches. There’s no lobby making options, meaning it’s currently impossible to play with friends. An upcoming patch is meant to add these options in later but there’s no excuse for why these features wouldn’t be available at launch. At the very least, online matches are found quickly and with no major connection issues.

A controversial topic for Dead or Alive 6 right now is its ridiculously priced season pass. With a season pass costing nearly one hundred dollars, it’s already becoming clear that Dead or Alive 6 will follow its predecessor’s method of DLC. Buyers will get around sixty new costumes for characters, but only two new characters. DLC will likely continue to be used in order to pad out the game’s currently limited roster which has been cut down to 24 characters when excluding preorder fighters Nyotengu and Phase 4 (two returning characters present in Dead or Alive 5).

Dead or Alive 6 is a great game marred by the shady business practices of its developer. While Koei Tecmo did end up making what may be considered the best Dead or Alive title from a gameplay perspective, their failure to avoid the same pitfalls that kept Dead or Alive 5 out of the spotlight will likely do the same this time around. Dead or Alive 6’s buried and yet still aggressive fanservice will no doubt alienate potential newcomers and at the same time, its lack of content will frustrate returning players. It’s hard to recommend Dead or Alive 6 to anyone, at least in its current state.  Patches may fix some of the issues to at least make the game worth picking up but knowing there will likely be improved versions of Dead or Alive 6, I’d rather wait for a version that will hopefully return much of what was lost. 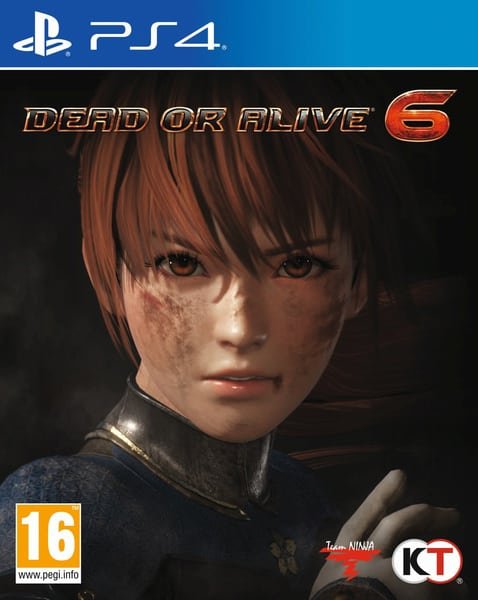