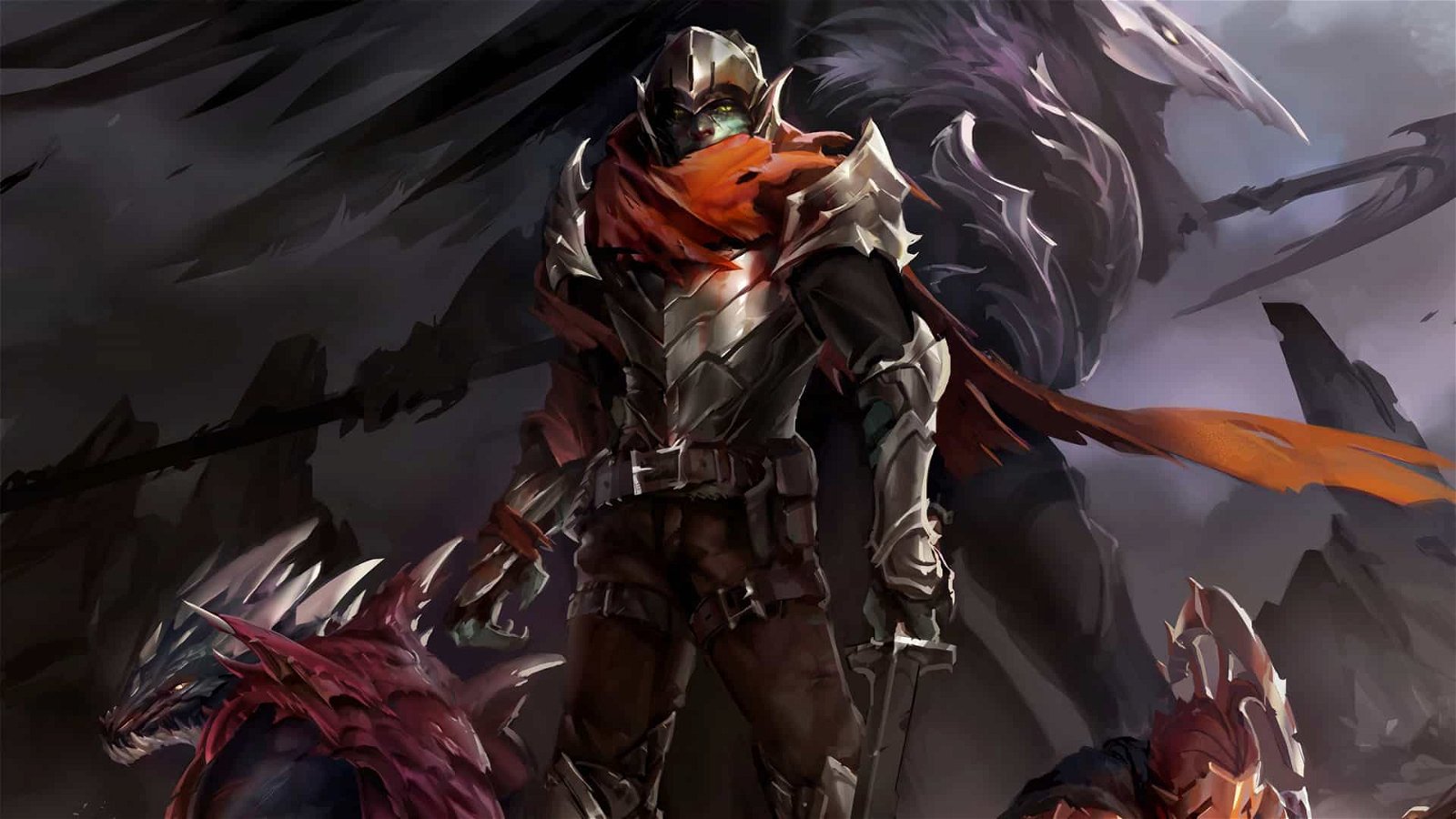 It’s a great time to be a fan of games inspired by titles like Dark Souls, Super Metroid, and Castlevania. 2D Metroidvaniasouls we’ll say—a nice and concise title for a sub-sub-genre that has seen several fantastic titles in the last little while including the recently released Dead Cells, which is one of my favourite titles this year (and reviewed by our very own Joel Couture).

However, while Dead Cells is a blast to play through over and over again, it’s missing one crucial element that many fans of the 2D Metroidvaniasouls consider fundamental: a well-thought out open-world that both requires and encourages exploration and memory.

Death’s Gambit does this quite well, on top of being a deeper and quite stunning experience. The game also launched with many glaring flaws and bugs, but thanks to a development team that listens to players and is quite transparent about addressing these issues, a recent patch has fixed many of the more problematic ones. Unfortunately, the combat and platforming aren’t quite as snappy or responsive as some of the competition.

The game “borrows” many mechanics—and user interfaces, fonts, the way the lore is presented, and a whole heap of other themes and ideas—from the Dark Souls series. Players choose a class that focuses on the usual vitality, stamina, strength, intelligence or dexterity stats and create a build. Sword-and-board, ranged-magic, dexterity weapons, giant swords etc. The stats themselves and the menu are pretty much lifted right out of FromSoft’s flagship franchise, but when a developer is so obvious about what they’re doing, it’s much less rip-off and much more homage. Plus, it makes it way easier to jump into what would be a pretty complex system without years of practice with very similar systems in other games. Kill enemies, receive “shards” (read:souls) spend shards to upgrade your stats and get stronger or faster.

One neat twist on the formula is the implementation of extra abilities that give various combat buffs in Death’s Gambit. These powers fill up as you battle enemies and allow you to unleash a variety of powerful attacks or abilities. Another interesting twist that I am admittedly not a huge fan of is that upon death, players lose their plumes (Estus flasks) rather than shards. It makes it far less punishing, but also less frustrating, to die after while attempting a huge boss run.

The combat itself is familiar, at least in concept, to the games Death’s Gambit pays homage to. You can block, you can roll, and you can parry. You can fire arrows or cast spells. These all require stamina, a limited but regenerating resource—which is one of the bigger problems with the combat system. Attacks and rolls use up far more than they should, even when the relevant stats are highly leveled. Rather than forcing players to become more tactical in their approach when dealing a strong enemy, it becomes tedious and annoying to constantly run away and stop moving to wait for the bar to refill. I’m sure this will be addressed at some point in the future, as mentioned before the devs have been super on point in responding to criticism raised by players, but as it stands what could be one of the game’s biggest strengths is not as fun as it should be. The actual back and forth of the combat never feels as tight as it should, as it seems slightly under-paced and unresponsive. However, there are plenty of different builds and weapon types to tinker with, and variety in this respect is one of the key draws to Souls games in general—so that’s a big plus.

Visually the game is stunning. It’s absolutely incredible that in 2018, pixel-based games are not only relevant again, but some of the best looking titles on the market. It’s very much a case of taking a limited toolset and seeing just how far you can take it, rather than just pushing polygons and particle effects. The colours pop, even when they’re representing a drab, dead world, and everything from (certain) enemies to the wildlife and the surrounding landscape and architecture has a distinct and original design that also manages to feel somewhat familiar. The bosses are creepy and epic and aesthetically unique in what could have simply been your run of the mill Dark Western Fantasy archetypes sprinkled with a hefty dose of Miyazaki. The voice acting is pretty on point for a non-AAA release, and the score matches the setting in a way that cultivates an eerie but adventurous sentiment in the player.

I’m happy to have games like Death’s Gambit. Quite happy. I absolutely adore this sub-genre and it’s great to have so many options on the market. It’s not quite a perfect game, there are several bugs and some larger flaws, but White Rabbit has been incredibly vocal and dedicated to both addressing and fixing the issues presented by the community. These kinds of games are essentially love-letters to the OGs of the genre, and that sense of affection and praise is evident in the care that went into crafting Death’s Gambit, and I would love to see this game become as polished as it deserves to be.

A flawed but promising 2D take on the Dark Souls formula 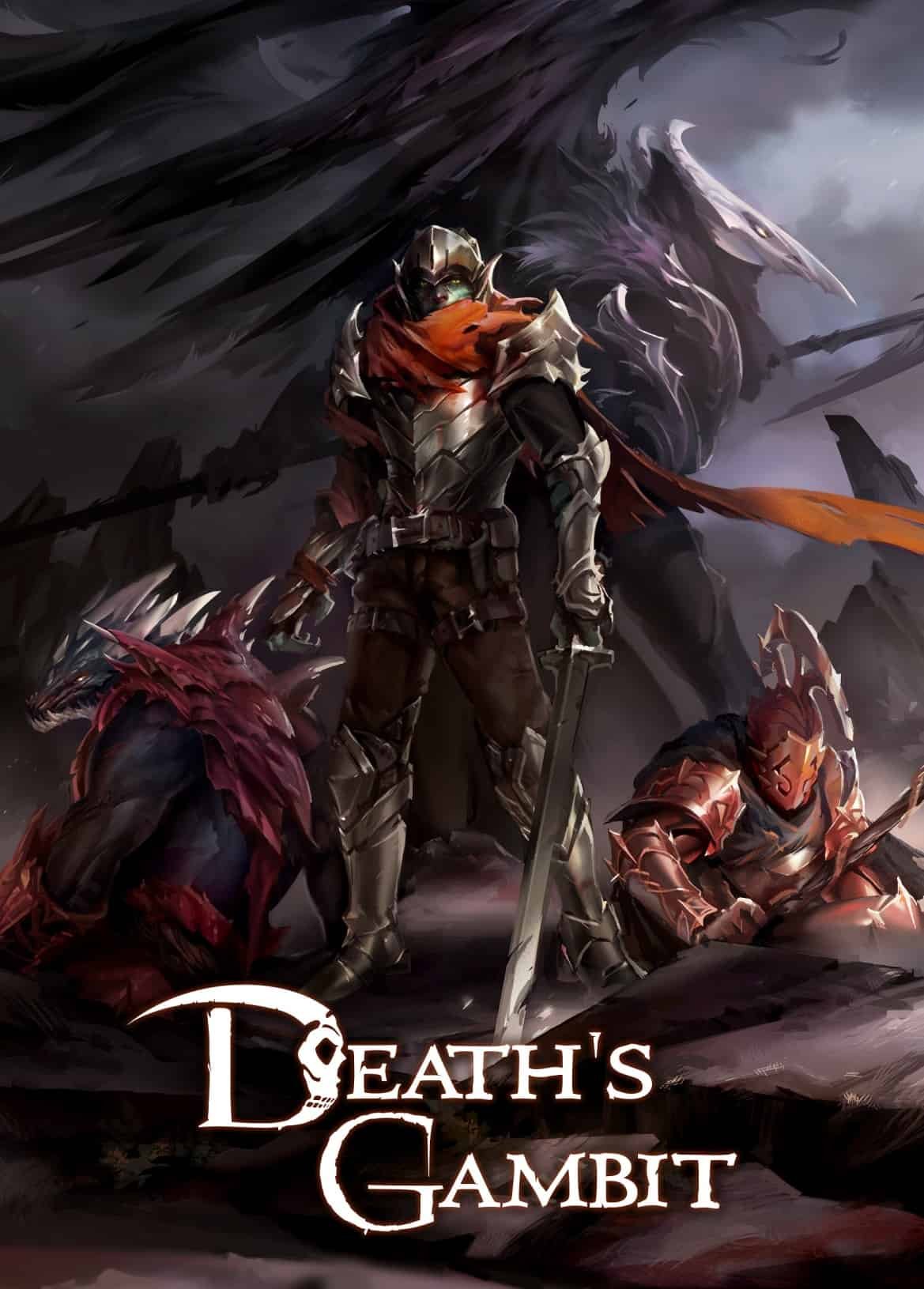