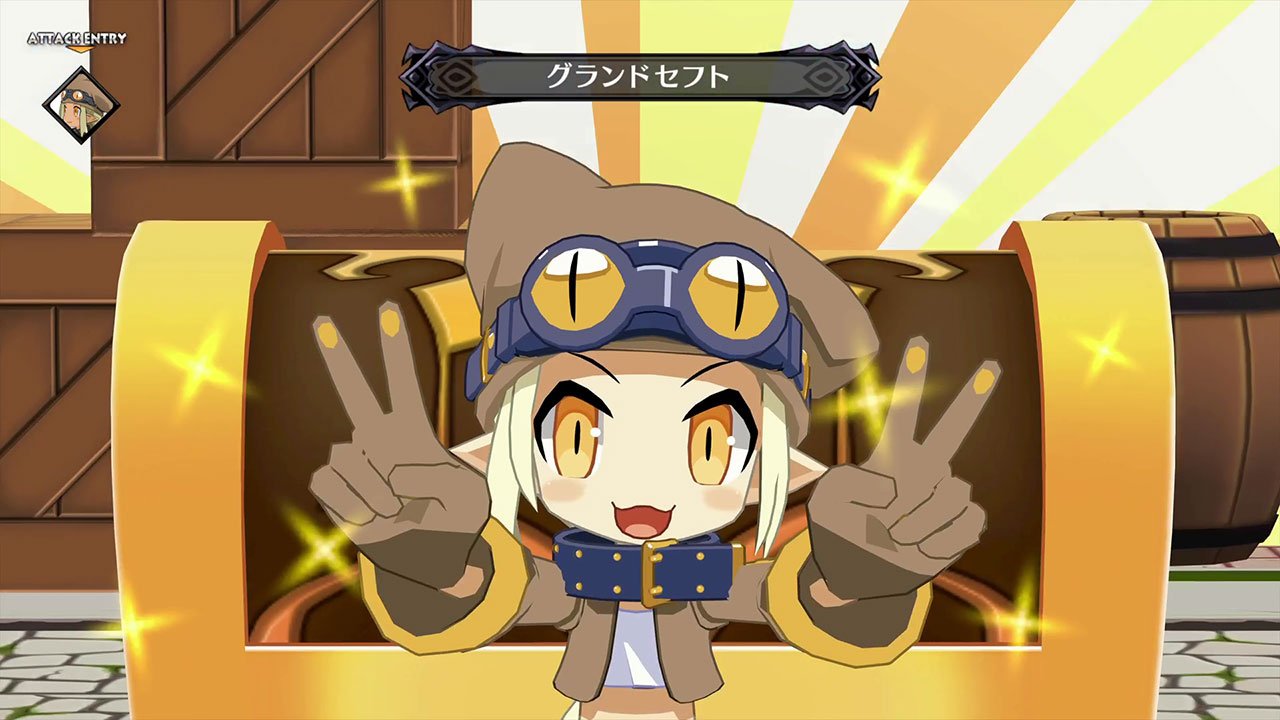 Disgaea 6: Defiance of Destiny is both the most approachable game in the strategy RPG series and the one I would least recommend to newcomers. From its presentation to its gameplay, Disgaea 6 feels like a step back for the franchise as a whole. The writing and characterization are forgettable, the combat competent but bland, and the performance leaves a lot to be desired. In short, it’s disappointing.

Disgaea 6 follows the story of Zed, a zombie who is on a quest to defeat the God of Destruction. He’s lost to it countless times already, but every time he dies he is reborn thanks to a power called Super Reincarnation that makes him slightly stronger than he was before. For the duration of the story, you fight the God of Destruction again and again and lose to it again and again. As the sole boss fight in the game, every chapter of the story will end the exact same way. It is repetitive and tiresome, and because the hook of the narrative means Zed will ‘Super Reincarnate’ after every loss, it is hard to care about his journey and what’s happening because we know what the end result will be.

Perhaps this could have been alleviated if the writing was better. Unlike other Disgaea games, which feature characters that are typically fun and memorable in their design, your party members in Disgaea 6 lack charm and character. Each character has one defining quality—such as Melodia searching for a fairy tale ending, or Prism Ranger Piyori searching for justice—and a small story arc that enables them to slightly grow as people. And I do mean small, as their stories feel rushed and perfunctory.

“As a turn-based tactics game, Disgaea 6 features all the hallmarks of previous editions in the series.”

But bizarrely, the story takes far too long to dole out background on Zed and the main plot of the game, such as why he is chasing the God of Destruction in the first place. It doesn’t respect your time and the absence of fun dialogue and jokes makes the story far less enjoyable than past games in the franchise.

At least the combat is fun, at first. As a turn-based tactics game, Disgaea 6 features all the hallmarks of previous editions in the series. There are plenty of classes for you to build characters around (though notably fewer than past entries in the series). You have powerful abilities to take advantage of, and a frankly absurd amount of character customization. From the Juice Bar, where you can spend experience and mana to increase stats, to the ability to reincarnate characters to boost their capabilities with Karma, to skill shops and Item Worlds to upgrade items; well, you get the idea. There’s a lot of ways to improve your characters, though perhaps the biggest addition to Disgaea 6 lies in the inclusion of auto-battles.

“…you could really get into the weeds when designing how each character behaves in auto-battle.”

With a push of a button, you can put the controller down and watch as the AI automatically fights battles for you. This is thanks to the Demonic Intelligence system, which allows you to customize the AI of individual units. For example, you can tell a character to attack the nearest enemy except when its health is less than 50%, in which case it will retreat to heal. There are templates to help you understand how to create trains of thought, but if you wanted to you could really get into the weeds when designing how each character behaves in auto-battle.

I used auto-battle to grind and complete missions, though I did turn it off at times to better navigate maps that have obstacles the AI has difficulty dealing with. But as interesting and well thought out as the auto-battle and Demonic Intelligence systems are, they both reveal that Disgaea 6 is even more focused on grinding than previous entries. Without really trying, my characters had levels in the four digits and were capable of unleashing attacks that dealt hundreds of thousands of damage in one hit within a couple of hours.

The level cap is 99 999 999, and the numbers throughout the game have been inflated to match. When you’re dealing seven-digit damage regularly, upgrades and improvements feel incremental over time. And you will need to grind if you hope to conquer the post-game, but that itself is disappointing because it just has normal enemies with bigger health and stat pools. In aiming to have bigger numbers than your opponent, tactics and interesting character choices go out the window.

“The fact that the combat works as well as it does despite the changes made to the Disgaea formula is a testament to the series’ strength.”

A similarly big change to the Disgaea formula is the move to 3D models in combat. I dislike the change, not as a matter of principle, but because the characters and animations are lifeless in comparison to the sprites of the past. Watching the models emote in the occasional 3D cutscene is awkward since they move in such a stiff way, and that’s not including the fact that they look like they are always floating in the air. Attack animations aren’t impressive either, partially in how they look and partially because of the aforementioned number inflation reducing their value.

But the real problem with the 3D models is how they impact performance. There are three different game modes to choose from: Quality, Performance, and Balance. Quality emphasizes graphics but comes at the cost of significant performance issues when moving around the hub area or in battle. Performance runs at a smooth framerate, but the game truly looks awful in both handheld and docked mode. Balanced attempts to navigate the gap between the two, but in practice takes the problems of both without offering much good.

The fact that the combat works as well as it does despite the changes made to the Disgaea formula is a testament to the series’ strength. But as the first Disgaea entry in six years, Disgaea 6 feels like a step back for the franchise. Poor performance is one thing but coupled with the absence of a charming story and the number inflation in battle, I think that the next entry in the franchise should go back to the drawing board and revisit what made Disgaea a cult favourite in the first place.

Disgaea 6 is the weakest entry in the series thanks to poor performance, bland combat, and a forgettable story. 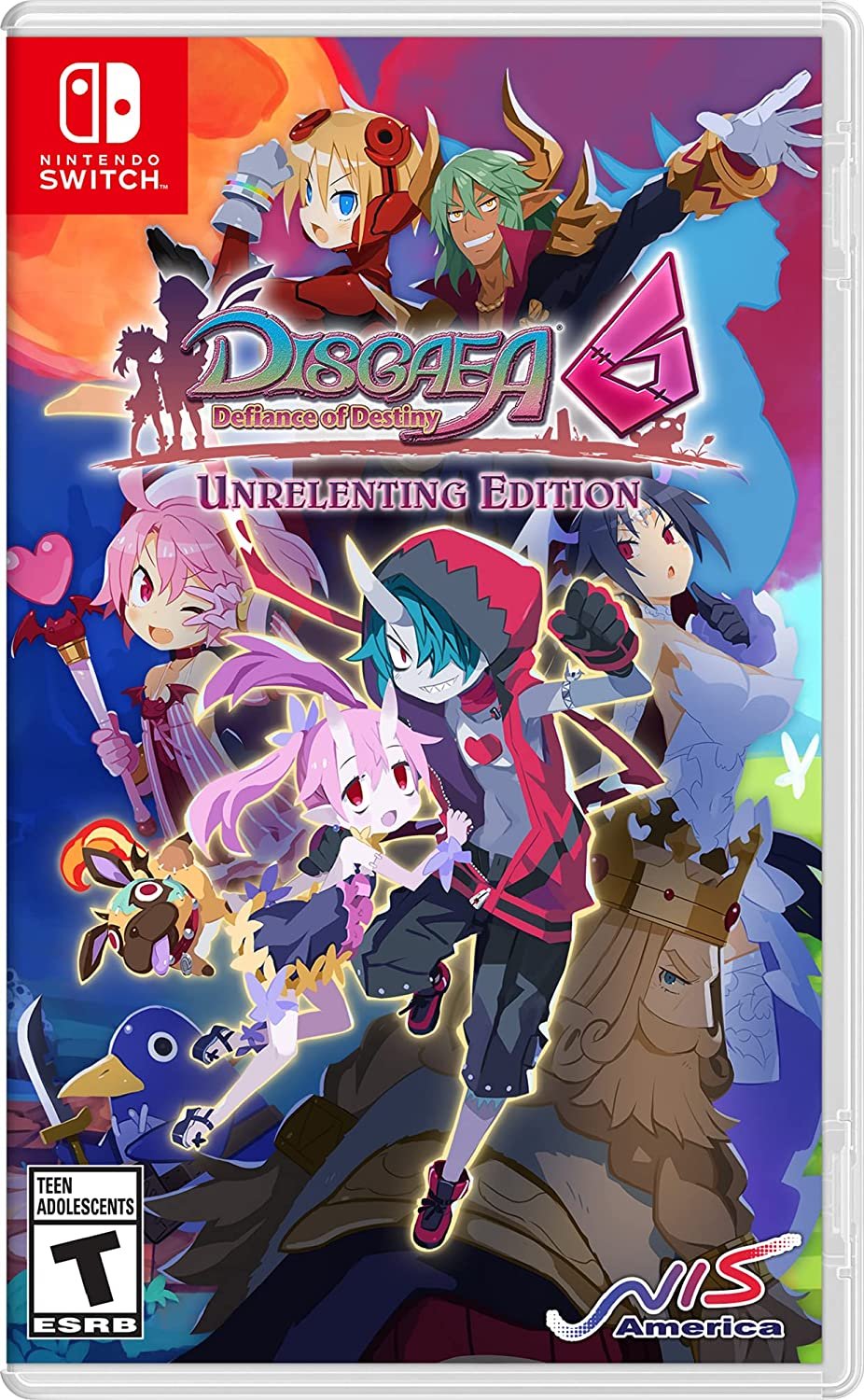