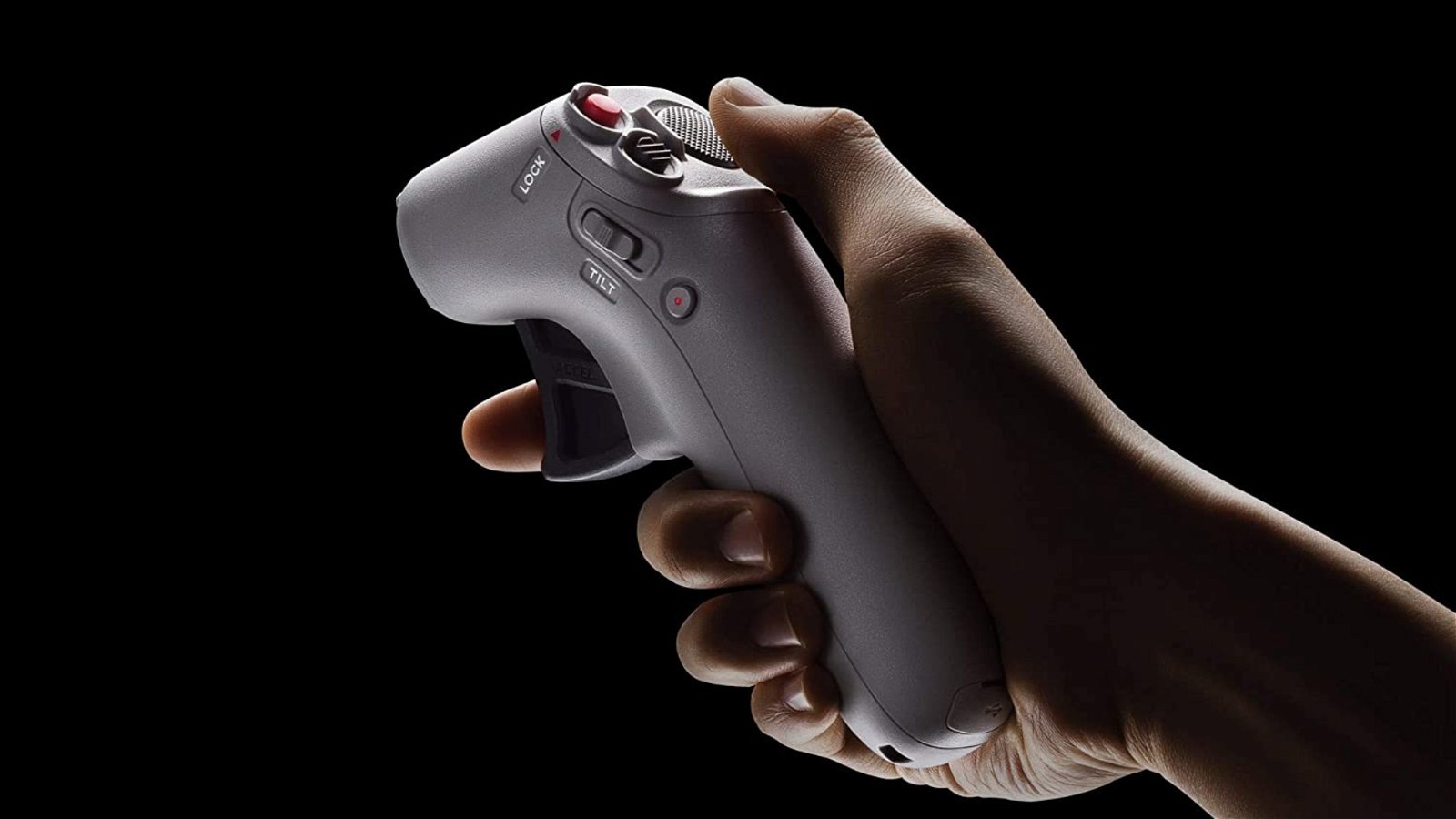 Occasionally, a product comes out that is so unique that you are not really sure what to make of it. The DJI Motion controller is just that.

It looks like one of those thermometers that are used these days as a COVID-19 protocol to check if you have a fever, or some sort of disembodied joystick from a fighter jet. When it arrived, it was a unit that had been used by another reviewer and just came in an unmarked box. I really didn’t know what to make of it. It feels good in the hand, light enough to be comfortable yet it doesn’t feel cheap like a toy. It has several buttons and a trigger, and other than the somewhat cryptic label on the red button, everything seems straightforward and intuitive.

The first step was to pair it with the DJI FPV drone, which I reviewed a few weeks ago. This was a simple process of holding a button down on each unit and it was completed in a matter of seconds. I read a quick tutorial on how it works and headed out to try it in my local flying field. I must admit I was quite skeptical that this would be a good way to control a drone but I had an open mind and the weather was nice. I set up the aircraft, put on my FPV goggles and powered everything up. I was greeted by a new box in the bottom centre of my display. A small circle appeared in the box and moved in the direction that I gestured with the controller. I pressed the launch button (labelled “lock”) and the drone automatically launched itself and hovered just over a meter off the ground. Now, I could see in my display a white circle overlaid in the middle of the screen, which reacted to how I moved the controller. Wherever I pointed my hand, the circle would move. Turning my hand or tilting the controller caused the drone to turn left and right, which is called yaw in aircraft terminology.

I carefully pulled the trigger, and the drone began to move in the direction of the white circle. I was immediately able to control the speed and direction without any issue whatsoever. I noticed that as I approached an obstacle, I got a yellow warning on the screen and then it turned red as I got closer. The drone automatically slowed down when the obstacle was nearby and sped up when I avoided it and moved away. I was amazed at how easy it was to operate and I had a real sense that this was perhaps the way of the future for the casual drone pilot. After flying around for a few minutes in “Normal” mode I decided to take it to a higher altitude and press the “M” button which switches the drone into “Sport” mode. This mode turns off the obstacle detection and unlocks a much faster speed. I felt like I was flying a fighter jet in a video game! It was much more fun than I had anticipated. While it was a completely different experience than flying manually, I could immediately see what the purpose was. I was sure that anyone could experience FPV on their very first attempt and I couldn’t wait to have someone try it out.

The first person I asked to try it was my wife. She has very little interest in drones and even though I have asked and encouraged her to fly before, she only tried once and didn’t really enjoy it. She wasn’t very keen on doing it and wanted to get it over with, so I figured this was the perfect test. If someone who doesn’t even want to fly can do it, anyone can! I gave her the quick instructions on how it works, and once she was in the air and got the hang of yawning side to side, I showed her where the extremely large “emergency brake” button is and let her figure out the rest. Within 2 minutes she was able to easily fly around above the trees and decided to dive down close to the ground for some close proximity flying. I knew it would be easy but I didn’t realize exactly how easy it would be. She was dodging trees like a professional and able to avoid obstacles with ease. She was actually having fun! She was able to bring the drone in and land without a mishap, and while she wasn’t interested in flying more she was very impressed at how intuitive and easy it was to use.

Since my initial flights, I’ve let 2 other beginners try it out. My 73-year-old father, and my 14-year-old nephew. Even though neither of them had ever flown a drone before, they were both able to fly almost instantaneously with the motion controller. Check out my video review if you want to see my dad’s first flight. I also had a few experienced FPV pilots have a go at it. I brought it to the park with them and gave them absolutely no instructions. They both were very skeptical about it at first but by the end of their flight they, like me, knew that this was something really unique and fun!

The drone flies much more like an airplane would while using this controller. Unlike a typical 2-joystick remote that we normally use, you can’t get the drone to fly backwards or sideways, but that’s not what it’s for. I think it’s an excellent addition to my FPV kit because now I can give anyone an opportunity to experience flying and hopefully bring more people into this great hobby. I honestly think that for what it is, I have absolutely no complaints. The term that everyone used after flying it was “intuitive” and I fully agree!  If I want to get really picky, I would say that the record button is placed in a spot where it’s easy to accidentally press it but I doubt that it’s a big deal in the long run.

The DJI Motion Controller isn’t what I expected but I have to say it’s a great product if you want the quickest and easiest way to experience FPV flying! 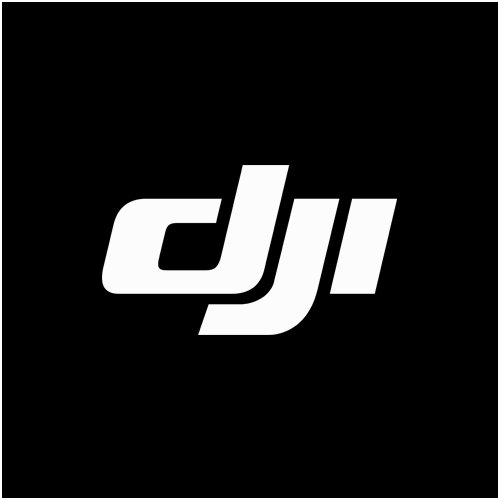