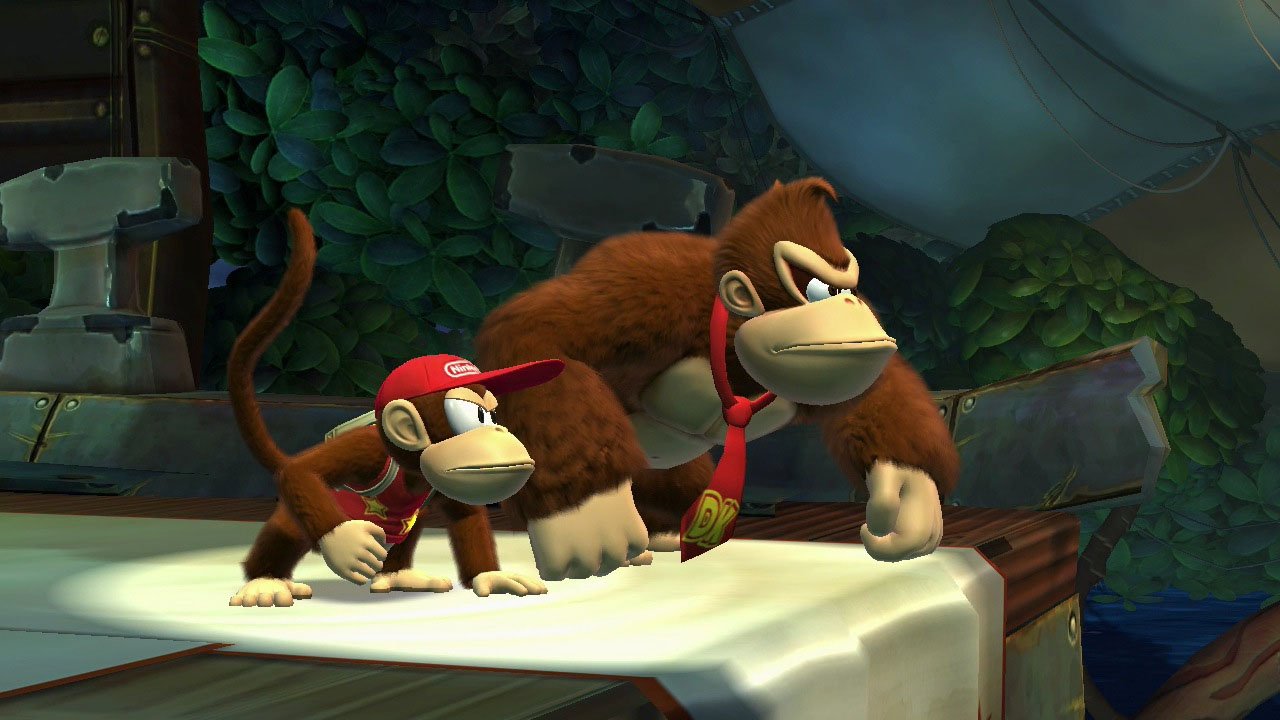 Full disclosure: Donkey Country on the SNES is one of my all-time favorite games and possibly the game that I’ve played more than any other. I bought the Players Guide to reach the coveted 101% completion level, did so several times, and downloaded a copy of it the second that I got a Wii. When Donkey Kong Country Returns hit shelves, I was as giddy as a preschooler on a pixie stick bender, and loved the hell out of every second of it. So when Nintendo announced they would be releasing a new Donkey Kong Country title on the Wii U, I wasn’t one of the folks who got on the doubting bandwagon. Sure, it was a predictable and unadventurous choice, but it was also Donkey Kong Country! So, it’s safe to say that when I slid this disc into the Wii U last week, I had a feeling I was going to love the colorful gaming blast that exploded all over my screen. Now that I’ve clawed my way to the other side of this—at times—painfully difficult exercise in old school platforming, I can confirm that I did adore Donkey Kong Country: Tropical Freeze and if you’ve got any nostalgic love for the DKC series you will too. This game made me feel like a 12 year old endlessly pushing back my bedtime to play one more level again. For that, I thank the good folks at Nintendo and Retro Studios heartily. They may not have reinvented the wheel or pushed the boundaries of Nintendo’s new console, but they have delivered hours of fun wrapped up in controller-smashing challenges.

The “plot” of the game is more of the same. A collection of evil Snowmads (your guess as to what that means is as good as mine and I’ve actually played the thing) show up and take over Donkey Kong’s tropical paradise, forcing Donkey and the whole Kong clan to set out on an adventure to set things right. So yeah, same old same old. But the thing about platforming games is that if anything, story can be a distraction. The important thing is that it only takes one cut scene to send Donkey and co. on their adventure and what an adventure it is. As per usual, this game is often maddeningly difficult. The Donkey Kong games have always distinguished themselves from Mario by offering a smooth-as-silk platforming experience that’s also hard as nails. Controls are responsive, but these characters have weight that Mario doesn’t and as the game barrels on (that’s a pun for DK fans btw), you’ll find yourself dying endlessly. However, that’s just par for the course for the series, and when it all wraps up 15 hours or so later, you’ll genuinely feel like you’ve accomplished something, which is rare in this genre.

First off, it has to be said that Retro Studios absolutely killed the design of this title. Some folks were concerned that the DK series would be a downgrade for the designers following their stunning work on the Metroid Prime series, but they went ahead and proved the skeptics wrong. Topical Freeze takes full advantage of the Wii U’s increased horsepower with some astoundingly detailed visuals. You’ll see every hair on Donkey’s back move with the environment and the scale of the levels can be absolutely stunning. Even better is how varied and creative the level designs are. There’s never much sense of repetition. Sure, you’ll start out the game jumping through the jungle, but rather quickly you’ll be leaping through tornadoes, racing through sinking ships on a mine cart, and swimming around looking for buried treasure. Each and every level is gorgeously designed and no two feel alike. Quite often, I found myself desperate to play the next level just to see what insane idea the Retro folks would deliver next, and that’s no easy task in one of the oldest existing gaming genres.

Yet, as fan-damn-tastic as each and every level is the boss battles are the real highlight. Aside from the adorable/threatening designs, each boss must be beaten on at least three planes of action with different weaknesses on every level. That’s just brilliant design work and makes even the first boss tough to beat. Tagging along with Donkey are Diddy Kong (with his patented jet pack), Dixie Kong (she of helicopter hair fame), and Cranky Kong (who has a Scrooge McDuck style bouncing cane that leaps over spikes). Each side character has a unique power that’s vital to surviving the harshest levels. Dixie’s hair is the most useful option, but all are quite clever. As usual, it’s possible to play local multiplayer with your couch buddy using one of the sidekick Kongs; however, the game is so gosh darn difficult that multiplayer is almost impossible. You’ll need to be on the exact same page with your partner at all times to survive some of these insane levels and often it’s just easier to go solo even if it’s fun to scream at the screen in unison when things go wrong. Weirdly, Retro didn’t use the gamepad at all, beyond having it as a TV-free play option. The screen just goes black during TV play, but I suppose that’s better than including a useless touch screen option for the sake of it. It would be enough to suggest that the studio designed this game for the Wii first, were it not for the fact that there’s no way that little system could handle the massive visuals.

Overall, the lack of gamepad playability is really the only place where Retro Studio went wrong on Donkey Kong Country: Tropical Freeze (well, maybe that and the title, which sounds more like a sugary fruit drink than a DK sequel). The game is pretty to look at, ingeniously designed, difficult without feeling impossible, and long enough to feel like a satisfying purchase. Not only will you log in at least 15 hours to make it through the main levels, but that playtime could be tripled or quadrupled if you are determined to unlock all the secrets and collectibles (and let’s be honest, you’re going to do that). Without a doubt, Donkey Kong Country: Tropical Freeze is an instant “must own” title for the Wii U. Nintendo might not yet have delivered a game that makes the gamepad a vital accessory, but between this and Super Mario 3D World, they have proven that they can still deliver incredible spins on their classic franchises with ease. That’s a good start, now they just need to crank out old school games this good more consistently. If Nintendo can build up a library with titles as addictive, entertaining, and just plain awesome as Donkey Kong Country: Tropical Freeze, then it’ll be impossible for gamers to keep ignoring the Wii U.

So when Nintendo announced they would be releasing a new Donkey Kong Country title on the Wii U, I wasn’t one of the folks who got on the doubting bandwagon. 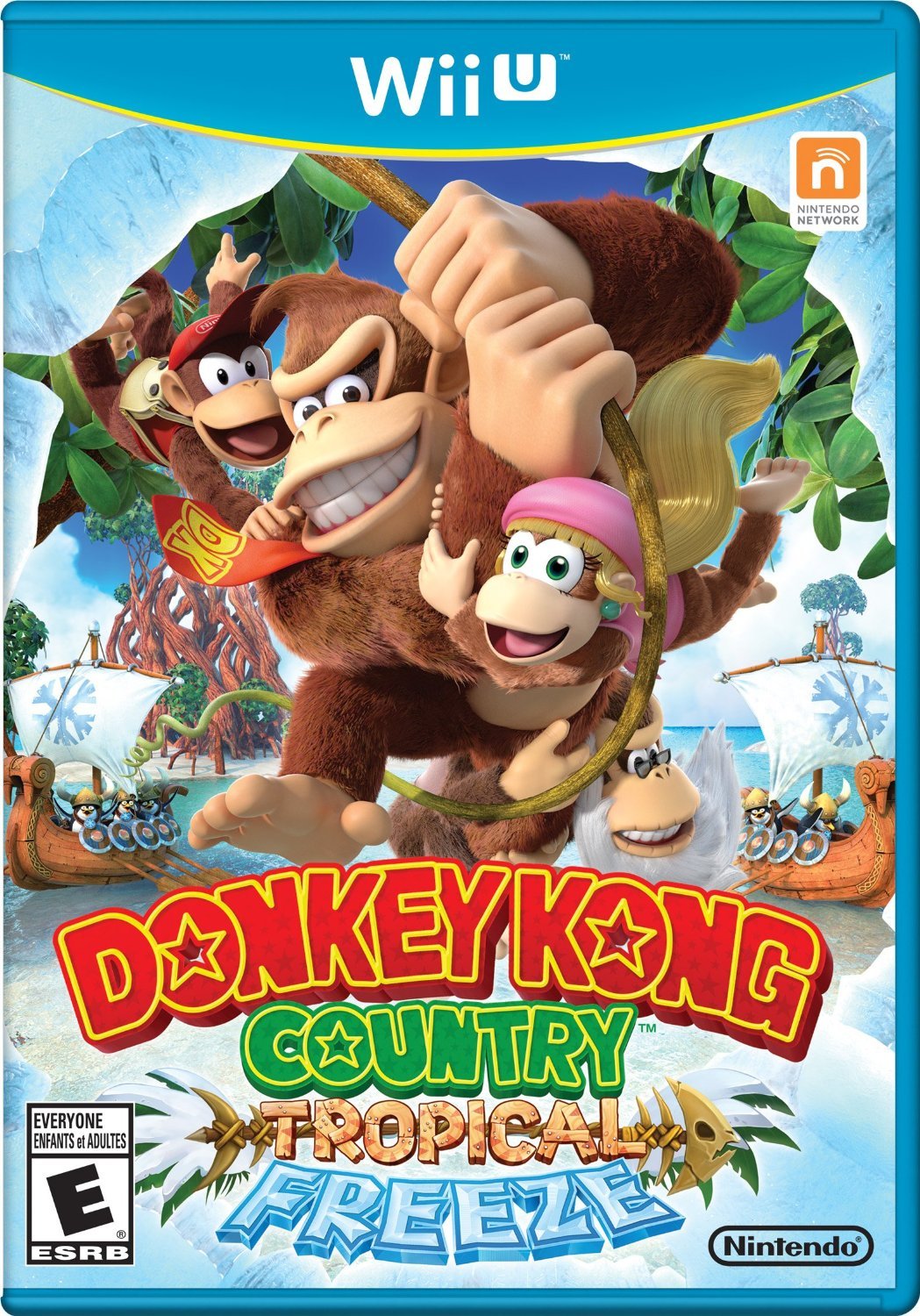