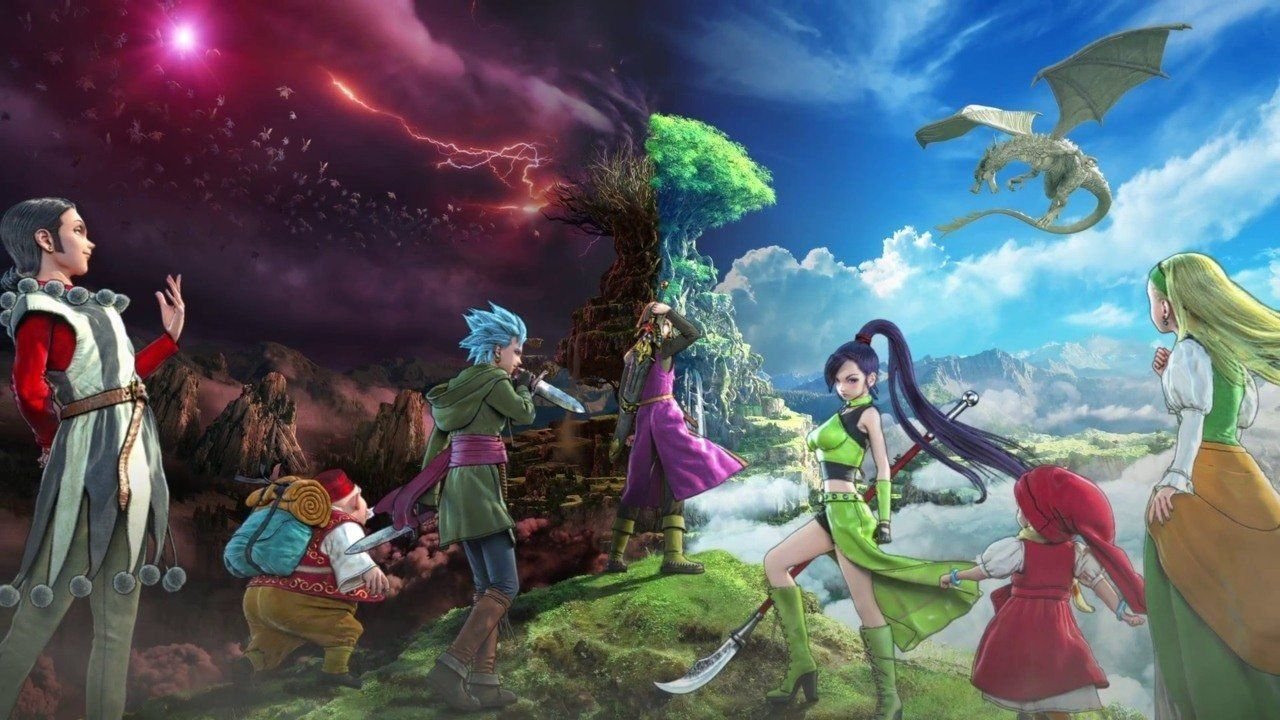 Dragon Quest XI: Echoes of an Elusive Age marked a big turning point for the Dragon Quest series in the west. As the series’ first console entry in over ten years, Dragon Quest XI showed just how far the series had evolved while sticking close to its retro JRPG traditions. When I found out that the game’s Switch port was going to be the definitive version, I really didn’t see how they could make things much better. Dragon Quest XI S: Echoes of an Elusive Age – Definitive Edition does manage to raise the bar even higher though, and now it’s available on other platforms so that everyone can experience it.

On the surface, Dragon Quest XI S doesn’t seem all that different from from the 2017 original release, but its numerous additions add up. Among these upgrades are a full orchestrated soundtrack, additional story scenes and a retro 2D mode, resembling early Dragon Quest titles.

The story of Dragon Quest XI is simple, but effective. It’s a traditional good versus evil story, with a few interesting twists along the way. What makes Dragon Quest XI S‘ story so enjoyable is its characters. Each personality of your seven party members is so distinct and they bounce off each other in a way that makes your journey around the world of Erdrea much more enjoyable.

Dragon Quest XI S is a beautiful game. Dragon Ball creator Akira Toriyama’s artwork is perfectly adapted into the third dimension, making for a colorful world full of unique looking characters. Fortunately, the game performs just as well at a sold sixty frames per second, an improvement over both the original version of Dragon Quest XI and the Switch port.

One major problem that I and many others had with the original release of Dragon Quest XI was its music. The original release used MIDI music for its soundtrack. This made a lot of the game’s tracks sound low quality. Thankfully, Dragon Quest XI S not only restores the orchestrated arrangements made for the game, but it also features the soundtrack for Dragon Quest VIII. In line with keeping its traditional aesthetic, Dragon Quest XI S features a number of old school sound effects that bring about a comforting sense of nostalgia. A lot of the game’s story does have voice acting included, with options for the English and Japanese dub available.

A big highlight of Dragon Quest XI S is its 2D retro mode. In this mode, the game transforms into a traditional 16-bit JRPG. While it’s great to see the game take on the same pixelated look as its predecessors, it’s clear that Dragon Quest XI wasn’t designed to be played in this style. The world feels smaller, with fewer nooks and crannies to explore and cutscenes carry a bit less weight than they do in 3D with voice acting. Transitioning between the two modes isn’t as smooth as I would’ve liked. Switching between modes unfortunately restarts the game at the beginning of the current chapter players are on or any previously completed one. This means that switching to 2D or 3D mode can result in several hours of lost progress. On the bright side, players do get to keep any experience or gold that they earned which can help with level grinding, but it still isn’t ideal.

Though it’s still firmly planted in its turn-based JRPG roots, Dragon Quest XI S does a lot to bring the series up to speed. A big part of that is the level of customization options players have when it comes to their party. Each character has multiple weapons they’re able to wield, each with their own skill tree. On top of that, each character has their own unique skill as well. It’s easy to create a party that caters to a player’s own style and reallocating points to rebuild a character is fortunately just as easy and readily available at the nearest save point.

While battles are nostalgically solid, a unique touch is Dragon Quest XI S‘ pep system. Attacking or defending during battle will charge a character’s pep gauge. Once fully charged, characters will gain a blue aura that lasts several turns, granting them several buffs and a higher chance of dealing critical damage. When a character’s pep is activated, players also gain access to powerful hidden skills that when used, reverts the character back to normal instantly. Party composition plays a part in this as well as certain characters have skills that require them to team up with each other. Despite its simplicity, Dragon Quest XI S offers plenty of room for strategy.

Dragon Quest XI S offers plenty to do outside of battle as well. Whether in 2D or 3D, Erdrea is a large world with plenty to discover. Players can take on side quests to earn extra rewards and unlock several mini games such as horse racing as they advance through the story. 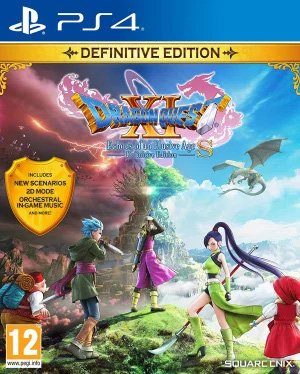