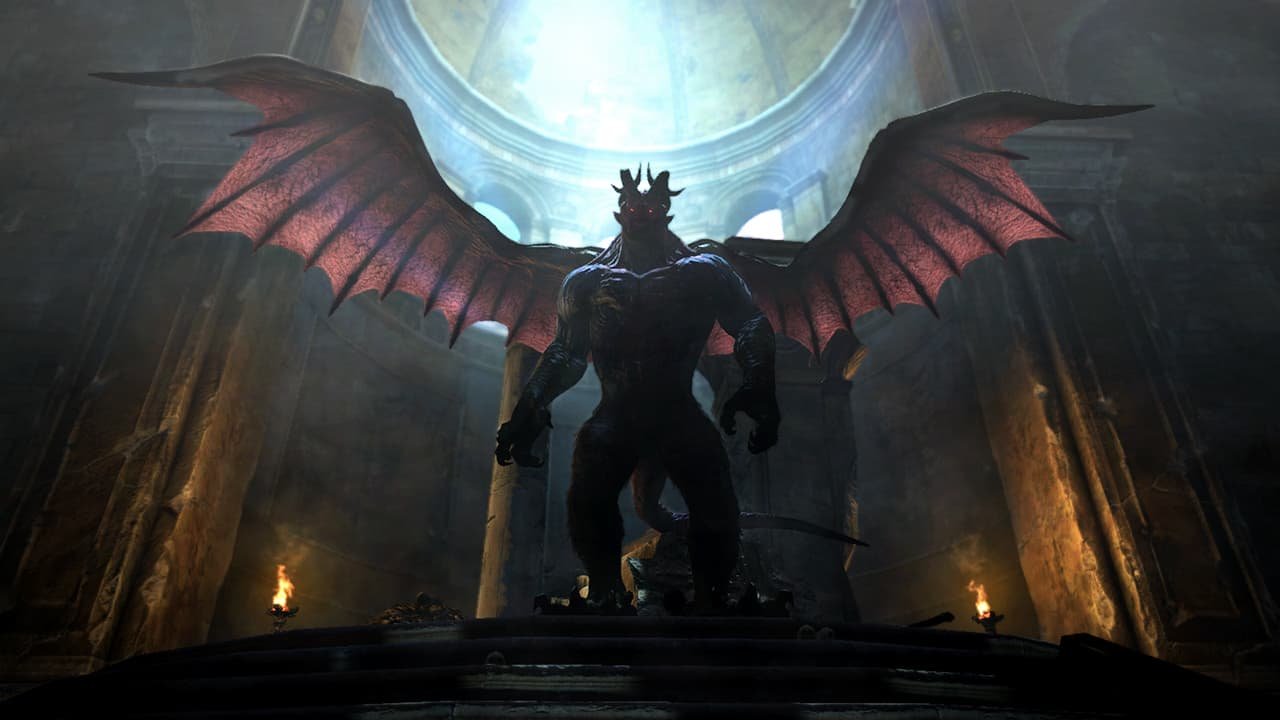 I completely missed Dragon’s Dogma when it first released back in 2012—in fairness, Telltale’s The Walking Dead had just hit the scene, and I was still pretty engrossed in the online-multiplayer of Halo Reach and TRON: Evolution. I’m not sure what I would’ve thought about it back then; Skyrim was brand-new and it had seemingly set the bar considerably high for open-world action RPGs (oh what fools we were then).

Dragon’s Dogma: Dark Arisen is a unique game, mainly because it’s trying to do so many different things all at once. While this adds a lot of interesting dimensionality to the game, I can’t help but feel like it never truly focuses on one element.

Dragon’s Dogma begins when a humble fishing town is beset upon by a terrible dragon. When the player’s character–a simple fisherman–picks up a sword to challenge the beast, the dragon plucks out their heart and eats it, However, this proves to be of little consequence as the player is what’s known as an Arisen, and can live without their heart. This marks the player as destined to face the dragon and stop the impending doom it would bring upon the land. While it’s a fairly standard fantasy plot, it is densely packed with a lot of interesting lore, intriguing plot turns, and exciting moments.

Dragon’s Dogma takes the form of a third-person open-world action adventure game where players will explore a large and hostile world; picking up quests, defeating monsters and men, and gaining experience to level up. I’ve oft-heard Dragon’s Dogma described as Dark Souls meets Monster Hunter, with a touch of Elder Scrolls—however, this really isn’t the case. For starters, Dragon’s Dogma has a much more rigid class system, where players choose their “vocation,” be it warrior, rouge, or magician; and unlock vocation specific skills. And while players can choose specialized or hybrid classes after level 10, you never feel like you have the freedom to create a robust character.

Adding to this, both in narrative and gameplay is the Pawn system, where players can summon temporary allies to aid them in battle. Players are given one permanent Pawn which can be customized both aesthetically; but also can have their vocations and equipment changed. All other Pawns are pre-designed and increase in strength with the player, so it’s a good idea to pop into the Pawn realm through the various Summon Stones around the world so grab new allies throughout your journey.

Combat is equally less reminiscent of any of the aforementioned games and actually feels similar to Devil May Cry, where players are given light and heavy attacks, special abilities, and can even extend combos by delaying button presses.  This is probably where it felt the most like the game had a lack of focus. I can see where the supposed resemblance to Monster Hunter comes in, as players have to “mount” larger monsters—although it’s really less mounting as it is, climbing on the Shadow of the Colossus style—and you can even see where the Dark Souls comparison is with the slower, seemingly methodical combat. However, Dragon’s Dogma lacks the nuance of combat that both those aforementioned games had.

Players are unable to lock onto enemies, so you’re unable to focus on any one opponent, and fighting monsters is the same as fighting humans: just charge in, combine attacks and special attacks and try not to die. Furthermore, there are a few things that do make the combat feel a bit tedious. The fact that both blocking is only capable with a shield, and locked to a specific class, as is dodge rolling—Pro Tip: Play the Assassin class since they can use shields and unlock the dodge ability—can make it feel like your ability to avoid damage is severely hemorrhaged.

However, that being said, I never found myself hating the combat or really having a bad time. I know gamers like to equate clunky combat to cult classics, conflating bad design for charm; but combat in Dragon’s Dogma doesn’t feel clunky, instead feeling weird and satisfying.

Visually, Dragon’s Dogma definitely still looks like a game from 2012, which doesn’t seem all that long ago, but it definitely was. While there is a great amount of detail put into the world and the monster designs especially, character’s faces can look a bit janky and there is a noticeable amount of detail pop-in that can really take you out of the world.

Being re-released on the Switch, one might wonder how Dragon’s Dogma works as a portable game, and I’m happy to say: quite well. It’s definitely a more linear kind of RPG, and third-person camera and slower pace are well suited to a handheld. Furthermore, the last-gen graphics don’t require too much power to still look good, so even in handheld, the game maintains is relative visual fidelity.

I know this review may have been leaning somewhat negative, but I honestly recommend Dragon’s Dogma. While it can feel a bit dated, and even a little tedious at times, it’s a genuinely enjoyable RPG that is well suited to the Switch. If for nothing else, it’s refreshing to play an RPG re-release that isn’t Skyrim.

Dragon’s Dogma stands the test of time and is excellently recreated on Switch. 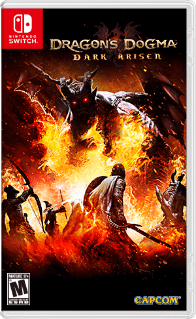