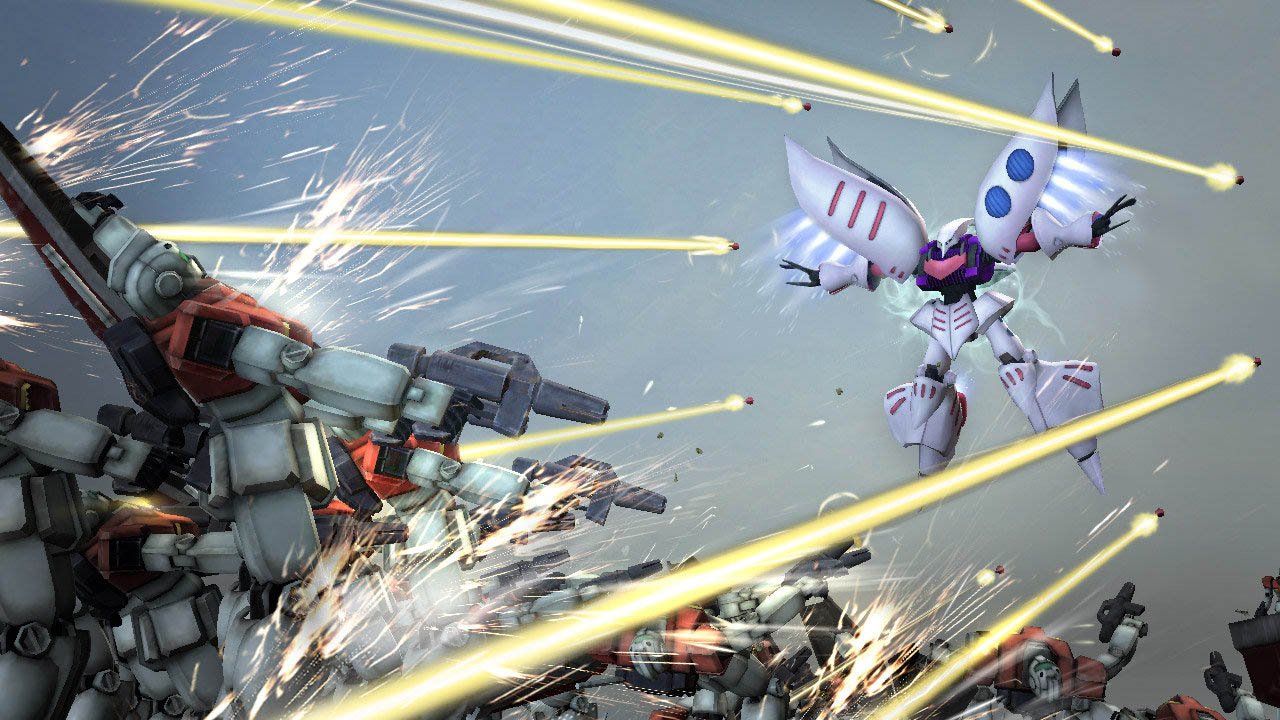 Hop On Board The Dynasty Warriors Carousel

There’s comfort in familiarity. As much as some people, particularly a loud, internet minority, complain that they want novelty and are tired of the same old thing, the cold hard numbers of sales figures paint a different picture. In the west, Call of Duty regularly lures in millions of people with the same shooting experience it has peddled for years. In the east, Dynasty Warriors is even more unapologetic, letting players replay the same story—that of the Romance of the Three Kingdoms—game after game. Then, Koei Tecmo and Bandai Namco teamed up and brought this same sensibility to the various worlds of Gundam, which brings us to Dynasty Warriors: Gundam Reborn. It’s really just Dynasty Warriors: Gundam IV, and why they don’t come out and say so is beyond me. But, being the fourth in a DW series, it leaves little to the imagination about what this game is about; killing thousands and thousands of things with robots.

As with past games in the DWG series, Reborn is broken up into two segments. The first, or “Official Node,” takes players through a condensed version of the story arcs for a few of the Gundam series. From the original “universal century” series, Mobile Suit Gundam, Zeta Gundam, Char’s Counterattack and Gundam Unicorn are all included. For the first time, the “Cosmic era” series with Gundam SEED and Gundam SEED Destiny are also getting the condensed summary treatment. Arguments can made about the wisdom of including the Seed series alongside the original universal century series, since it was essentially a 21

century update of that storyline for a new generation of anime fans that may have missed it in the 70s and 80s, but hey, that’s Koei’s call, and they made it. There’s also the usual new Ultimate Mode that throws all notion of continuity and franchise distinction out the window. It creates a storyline in which various characters and mobile suits from differing series can all get together, mix and match, and even fight different villains for the kind of franchise mash-up that fans—of a certain sort—will probably enjoy. Anybody that ever wanted to see Athrun Zala pilot the Zeta Gundam will get a kick out of this mode, but it’s a completely nonsensical story, so don’t expect much in the way of advancing the characters you know and love. It’s fan service but not well written service.

At the heart of Gundam Reborn lies the same old mechanic central to every Dynasty Warriors game; controlling a giant robot that is a literal killing machine. In the course of the average mission, it’s not unusual to rack up over 1000 kills single-handedly. Regardless of which scenario you pick, the basic gameplay is “Kill enough enemies that you eventually gain control of a territory, then move on to the next. Fight a boss sometimes. Repeat.” There’s a meter which builds up with kills that, when activated, allows the mecha go into “overdrive mode” and even partner up with another character for over-the-top super attacks. Players have the option of using a local or online co-op mode, but it still doesn’t change the fact that this is a Dynasty Warriors game. This is one of those cases where if you’ve played one, you’ve practically played them all.

On a positive note, for those that are curious about the Gundam universe but lack the patience to read through plot summaries, or watch the original series, the official mode is a great crash course in the Universal Century and Cosmic Era storylines. Despite the ridiculous scale of missions conducted, Gundam Reborn does at least respectfully summarize the stories the different game scenarios are based on. There’s also a database, and, as to be expected with a product that has the Bandai blessing, all the information is true to the franchise. There’s also a new feature in the campaign mode that lets players take the massive mobile armors out for a spin. However, the DW control scheme being what it is, this doesn’t feel like massive difference in agility or power from the regular Gundam mechs.

None of this changes the fact that this is a Dynasty Warriors game through and through, however. Fans of the DW series know exactly what they’re getting into. Other gamers that are aware of the series reputation—and are cautious about that reputation—will find nothing here to change their minds. You either like instantly killing dozens upon hundreds of thousands of enemies in large, minimal maps, or you don’t. This is a game made for fans, and although those fans are largely in Japan—which is why the DW series has such a Call of Duty-esque legacy there—there are still a few Westerners here and there that enjoy what the series offers. Bandai Namco probably made the right call in keeping the localization budget to a minimum and foregoing the expense of distributing a physical, retail release of the game. Fans can still enjoy it, especially at a cost of only $40, and while this isn’t the most original or fun game in the world to play, it meets the expectations of DW fans and doesn’t embarrass the Gundam legacy.

Then, Koei Tecmo and Bandai Namco teamed up and brought this same sensibility to the various worlds of Gundam, which brings us to Dynasty Warriors: Gundam Reborn. 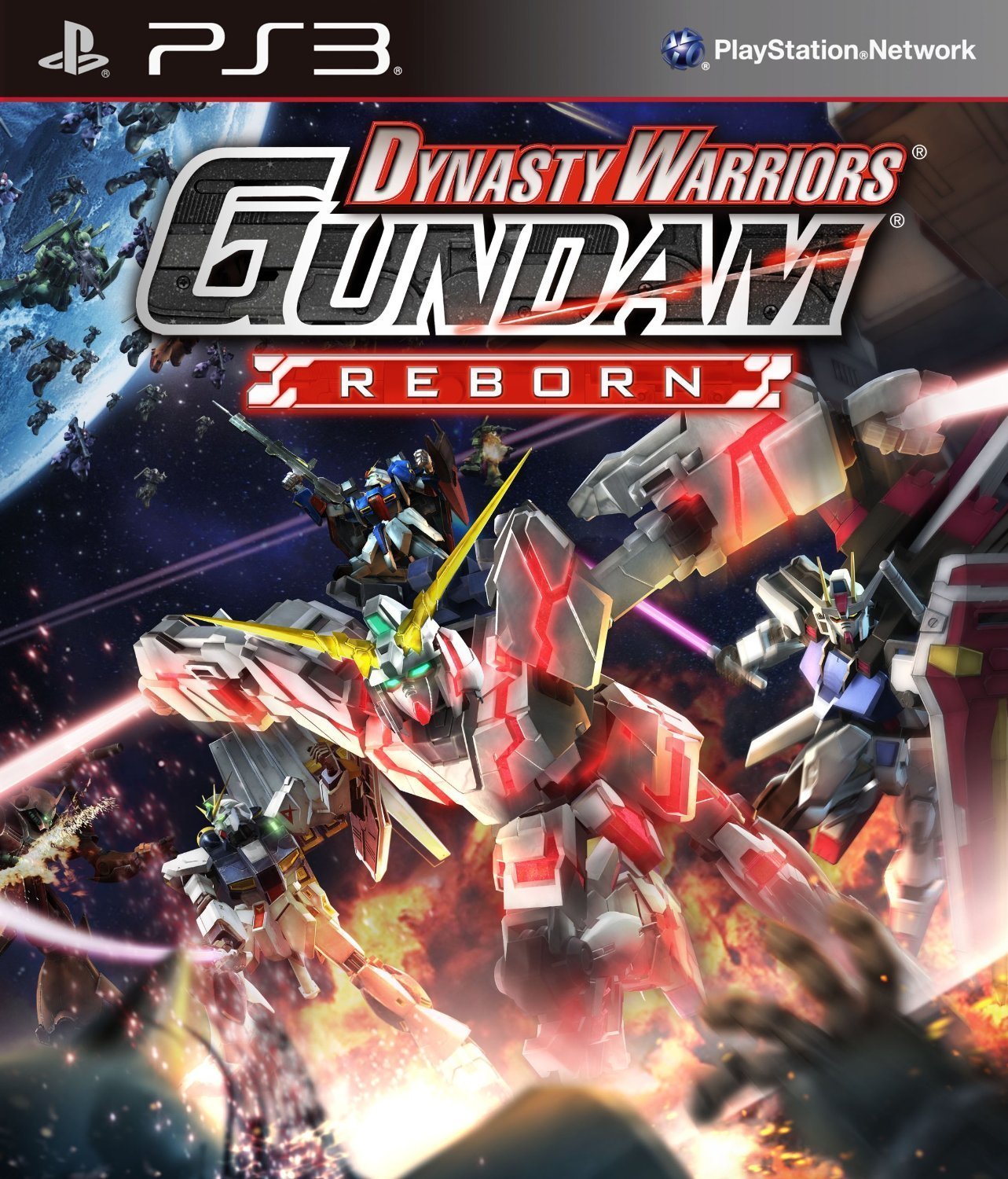