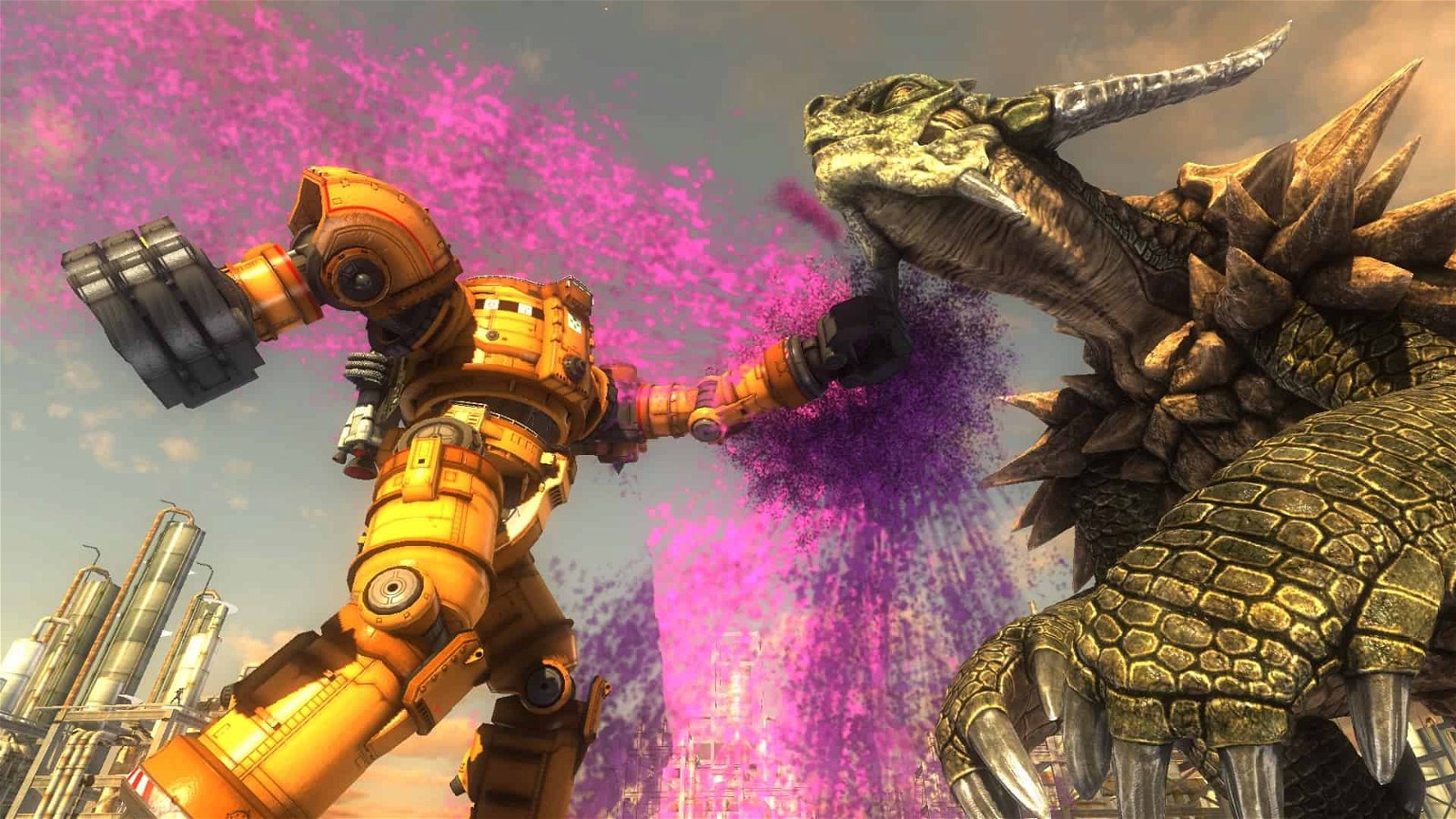 Earth Defense Force 5 revels in B-Movie shlock. Its dialogue is endlessly hokey and absurd. Its plot is goofy and makes no attempt at coherence. Its enemies are a loving homage to the ufos, giant ants, and oddball aliens that inhabit any bad sci-fi movie night. It’s also the most compelling co-op game I’ve played in ages, offering dizzying action against hundreds of creative extraterrestrial foes and creating gaming moments I’ll never forget.

Earth is under attack from giant ants, hugs spiders, menacing starships, and colossal frogmen, and it’s up to the EDF to turn the tide. As an accidental recruit, you get to join in on those efforts, several classes that completely change how you play, and grab a few of of available weapons to shoot as many aliens as you can shooter.

Earth Defense Force 5’s classes will seem familiar to fans of the series, bringing back the hardy Ranger, high-flying Wing Diver, mech-like Fencer the supporting Air Raider. Each supports a unique playstyle that will help in a fight, as will the absurd guns they can equip, adding a lot and strategy to each stage.

Each of the game’s stages (and there are over one hundred) will take players to cityscapes, caves, and open fields, all ready to be filled with dozens of enemies. Earth Defense Force 5 excels at throwing players into these huge battles, where creatures surround them so densely that it’s impossible to fire your weapon without hitting something. It’s utter chaos nearly all the time, making the player feel like they’re on the verge of being overrun, while also letting them cut loose with overpowered weapons that mow down foes.

This is an impressive balancing act that the game manages with ease. Using the game’s many weapons, you get to feel like an utter powerhouse, with explosions and laser fire just hurling enemy bodies away from you. At the same time, you’re often only a few hits from watching your health plummet purely from enemy numbers, giving you this endless back and forth feeling of power and powerlessness. Frequent health drops keep things from feeling unfair when players start getting kicked around, resulting in this incredible exhilaration in Earth DefenseForce 5’s combat.

The enemies, all looking like they’ve escaped some B-movie set, add to the ridiculous chaos. Giant ants are just a really silly enemy, yet seeing twenty or thirty of them rushing your way can create a tension in the player as they wait to be bowled over. This goofiness is enhanced by the fact that these enemies all work really well in hordes, with spider webs flying through the air, ants spitting acid or nipping with their mandibles, and ufos peppering the area with gunfire as they buzz the battlefield.

Humanoid frogs are a first for the series, and these build upon the natural chaos the horde enemies use. The frogs are gigantic – the size of small buildings – and carry large firearms that let them shoot into large groups. They force the player to work to prioritize them despite being buried in enemies already, adding more to worry about when the player already has a lot to focus on. That these creatures and keep finding new ways to attack even when missing limbs, means many surprises in combat, adding onto this delightful mayhem.

While players are trying to manage all of this, Earth Defense Force 5 is continually interjecting with odd bits of plot and characters spouting silly things. Characters will talk about vacations they’re missing, how they like their eggs, and how they’re out for revenge for lost loved ones. News broadcasts will pipe in about negotiating peacefully with the aliens (with those talks going kind of sour), or continually seek to name them. There’s this endless banter throughout the game that will burst in out of nowhere to crack players up with its nonsensical nature.

What’s most impressive is how bad it all is on purpose. The voice acting is awful, but given the nature of the dialogue, it’s supposed to be awful. Being bad on purpose can easily get boring or played out, becoming grating on the ear, but this title manages to keep the bad-ness on just the right level that it always brings a smile to my face.

Maybe it’s because you can join in on the bad dialogue. Earth Defense Force 5 features a complex chat system that lets players make their character say a variety of canned sayings. These work to help players communicate about gameplay needs, but they also allow the player to chant “EDF!” whenever they like, or even break into song. That your character shifts between various voice actors for their dialogue only adds to the game’s silliness. That other NPC characters will join you in song, creating a chorus in battle, creates this delightfully funny sense of camaraderie as well.

Companionship is key to this game as well. Playing Earth Defense Force 5 is entertaining on your own, but it’s in the online or local co-op where the game shines brightest. The silly moments in the dialogue, the heady sense of being nearly overwhelmed by the enemy – it all begs to be shared with another player. Splitting the game horizontally for local co-op, therefore, is a bit of a crime, but when you snatch a friend from death, sharing your last remaining hitpoints to revive them in the midst of a bloodbath and turn the tide, you won’t care.

Earth Defense Force 5 is ugly, badly-voiced, and poorly-plotted. It’s supposed to be, though, creating a perfect mixture of hilarity and tight action that few other games can manage. There is little else out there that makes players feel powerful and powerless all at once and offers moments of roaring laughter and heart-stopping drama as players fight together with the ridiculous EDF.

Earth Defense Force 5 mixes a compelling sense of power and powerlessness, creating chaotic, overwhelming battles filled with laughter and drama that make it hard to put down. 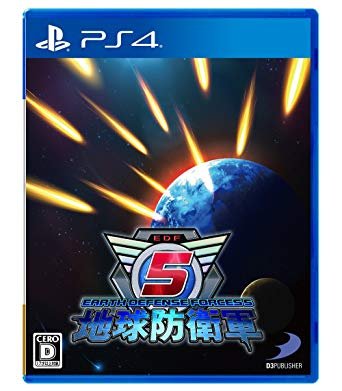