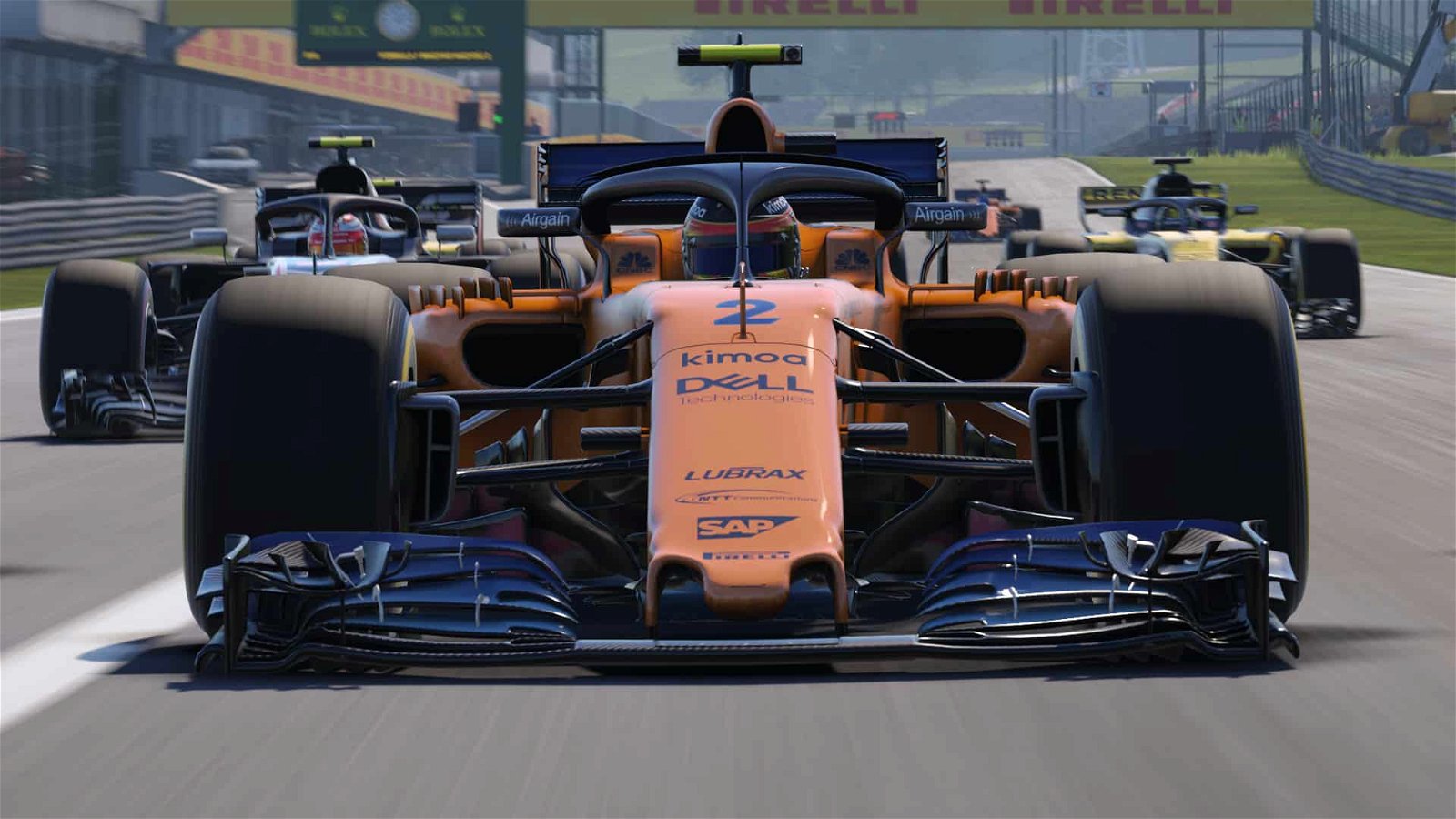 At roughly the half point of the 2018 F1 season, days away from the Belgian Grand Prix, we have been asked the question; “Is F1 2018 a videogame that is worth your money?” There’s no real reason to draw this out, so simply put yes, it is.

This year’s installment of the annual franchise looks good enough to be worth the price tag, the game is competent enough to earn your cash, the controls are tight and responsive enough to justify the full dollar amount, and there is enough content to encourage your financial investment; however, I said the same things about the last F1 game I reviewed.

F1 2018 is great for the same reason that most sport games are great these days, they are the culmination of a decade (or close to a decade for the F1 franchise) of hard work with a few new additions to the formula. Tweaks to this year’s formula include the return of the television interview mini-game that had been dropped from the franchise for a while. These interviews pop up suddenly and during them you are asked a bunch of questions that you are not often able to answer properly due to a 10 second time limit. The good news is that unlike Mass Effect, all the text on screen really does match what your character will say; however, that means that there is a lot of text on screen at once. I don’t think I ever had a chance to read and think about all of the possible answers before I had to pick something in a frantic rush. Luckily this is a small part of the game that mostly affects your driver’s reputation in the career mode, but that doesn’t stop the whole thing from feeling unnecessarily rushed… and then eventually just superfluious.

Most of the other changes to F1 2018 were made to mimic the sport’s current state, like some DRS zones being moved on some tracks to reflect what was really done at the real race. You probably won’t even notice most of the changes that were made, but changes like the new roll cage are hard to miss. For the safety of the drivers, roll cages have been fitted to the F1 cars. They are large, hideous, and appear in the game because that’s what the real sport looks like now. I will cut the chase and note that they make it hard to drive the car from the cockpit mode. The good news is that this is easily fixed. You have the obvious answer of driving from a different angle, like behind the car which will help you see the vehicles around you; with that said, the Codemasters actually put an option in the game that will remove part of the roll cage. It’s not really realistic, and that is odd for a game that tries to simulate the actual sport; however, it does make sure you can still enjoy the view from the best seat in the house.

That said, why I feel so comfortable giving this game such a high score is because of how great everything feels on the track. As a video game reviewer, I am constantly pushing the game to see how it will react in certain situations. My career mode playthrough consisted mostly of early starts, illegal passes, aggressive driving, bump passes, corner cutting and so on. I tried to break every rule in the book, and to the game’s credit, it let me and then tried to put me back in my place. As a result of this I also spent most of the game racing in the middle of the pack trying to make up ground that I had lost, and it was always a fight worth having. At these points I was reminded of just how fun the tracks are to drive, that the AI racers can be as aggressive or as competent as you are, and that you can always make sure you are racing someone on your skill level. In the end, the reason why this game is so good is because as a fan of racing I just have simple pure fun racing while playing F1 2018.

I just wish that the I could say the same about the time that I spent outside of the car during the career mode. The career mode isn’t bad per say, but it often comes off feeling like a lot of unnecessary work to keep me busy; although, I did like the invitations to historical exhibition races that popped up between actual races. That said, it doesn’t help that every NPC model that you deal with off-track has the look of a mid-ranged Xbox360 or PS3 games. This becomes extremely obvious during the fake T.V. broadcasts when everything that isn’t a car or a track looks pretty unpolished by today’s standards. Also, the fact that there are only a handful of canned animations does not help to build that broadcast atmosphere. Nothing is more jarring than seeing different drivers, who obviously had their faces scanned for this game, go through the exact same motions that a whole different set of people did just the race before. I almost stopped playing the career mode because I could not stand to see a driver notice a camera across the room and then turning awkwardly to face a screen for the 10th time that same season.

Luckily the complaints I have don’t really affect the game-play, except for when it comes to the online department. When playing online in F1 2018 it is important to remember that most of the fandom of F1 racing lives primarily in the European Union, and that is just as true for the videogame audience. The vast majority of online games I could join were hosted in Europe, so I was often joining games with ping times that were not great for me. That doesn’t mean that I never found a game hosted in North America, just that the majority of them were not hosted here. The second issue is that the game is extremely customizable, and the host gets to pick how a game is set up. That means that you might have to play online without assists that you need, or you might be stuck with game settings that you find too easy or restricting. Either way that could result in a situation that might not be fun for you.

Speaking of assists, that part of the game has not changed at all. This game is still so customizable that it can become the racing simulation that will challenge you in every turn, or the arcade racer that will even brake the car for you. What is oddly missing though is the early training race that would judge your ability and pre-set the game’s assistance features for you. The absence of this feature means that the Codemasters have taken a step away from trying to be the only racing game that you need. I am guessing that this is because the numbers just didn’t add up for them, and all the extra work they were putting in was going to waste. As a result, this time you will have to work a little harder to customize the game to meet your tastes.

In the end, I found very little to be mad at when it comes to F1 2018, but that’s mostly because it is very much like last F1 game I reviewed. I am happy to report that issues like the NPC characters models feeling out of place in this game, the reporter and her timed questions, and the small number of canned animations that repeat before each career race do not stop you from having fun. If I was a critic of video games I would also point out that online multiplayer and setting up the in-game assists are far less friendly to newcomers; however, any tool you need to make this game the experience you want is still in there. This time around you just have to work a little harder for the kind of fun you want. 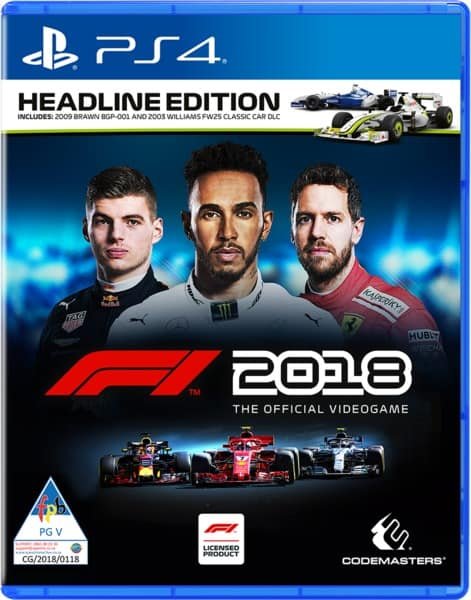