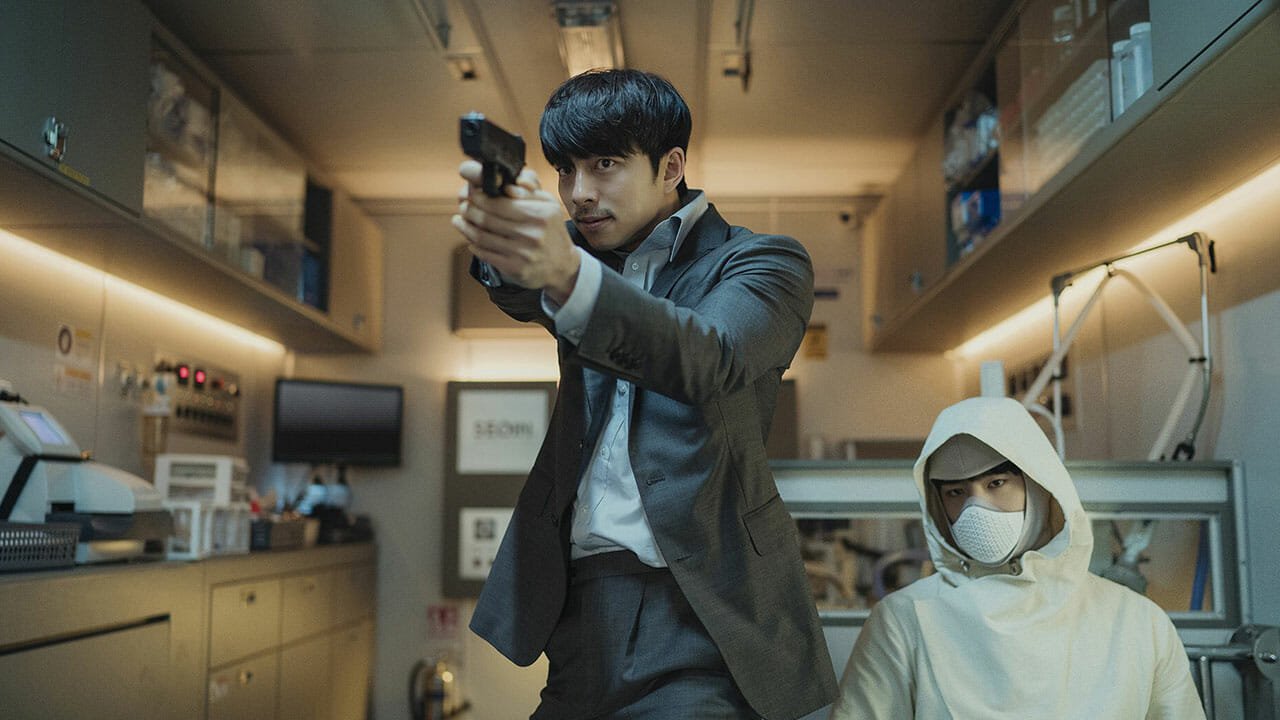 Science fiction is comfortably wrapped in philosophy. It’s always been a vessel for us to explore theoretical concepts. The old utilitarian trolley problem has been tackled everywhere, from Star Trek to The Good Place, theories of the self have been explored from The Sixth Day through Venom. Seobok, Lee-Yong Ju’s newest out of South Korea, wraps a host of philosophical queries up into a tale of a dying man and the clone he’s meant to protect.

Min Ki-hun (Gong Yoo) was once an intelligence agent, since retired after a difficult decision spun him out of orbit. When he’s contacted by his old lead, Ahn (Jo Woo-jin), to protect a prime piece of company property, he cannot help but oblige. Sure, Ki-hun is both desperate enough and diligent enough to take on the prestigious work, but more so, he needs it to live. The property, as it were, is Seobok (Park Bo-gum), a genetically modified and immortal human clone with the power to cure illness and grant humanity endless life. The very kind of illness that threatens Ki-hun; a fatal brain tumour that will end his life in about two months.

Ki-hun’s job should be simple; get Seobok to a secure location. One of the lead scientists on the secretive project was killed in an attack, and Seobok has become priceless and insecure cargo. On their trip, Ki-hun learns he’s been double crossed, and is soon thrust into a battle between American mercenaries, the company, and multiple governments all seeking to possess or destroy the perceived weapon. Ki-hun, nothing if not dutiful, continues to protect Seobok and grows with the young clone to garner better understanding of humanity and his origins. As villains barrel down on Seobok, Ki-hun’s ethics will be tested as he decides where his loyalty’s lie and how much he wants to save himself.

Ki-hun’s debate envelops a variety of deeper questions. Is it okay to torture one being if it means saving many more? What if that being is sub-human? What if that being is conscious? What if the only people saved are the ones wealthy enough to afford entry? What if the person deciding who to save is corrupt? Who should win in a battle between governments and private companies? How should it be shared globally, if at all? These are just the surface few questions tackled by the otherwise simple premise, and that’s to the film’s detriment. Philosophical questions, or thought experiments, do best when they’re whittled down to one specific element or variable. By stuffing Seobok with so many concepts and queries, it feels a bit too bloated and difficult to pin down.

“For those who want a fresh take on the moral quandaries tackled in science fiction, Seobok won’t leave you disappointed.”

But for all it’s lack of thematic focus, the film is mostly a blast to consume. It’s evocative of the X-men trilogy, and smells like Prometheus especially in its bombastic portrayals of these concepts via colossal science fiction. It often feels mostly like Morgan or Splice in the moments where tenderness towards a sentient experiment can be both fatal and crucial. It’s evocative of so many genre favourites and it earns it. The action scenes are incredible, and the CGI and gore are used to solid effect. It never seems trimmed, from the over-the-top lab scenes to the gorgeous tracking shots through facilities, but the highway scene absolutely competes with your favourite genre giants.

There is so much worth watching in this beautiful and striking feature that still grabs subtle performances from its capable leads. It’s unfortunate it feels like it does too much, because so much of it is done well. It’s action horror that’s sometimes nears buddy-cop territory and is often a road trip tale. But it’s best to do one thing properly, and Seobok could have used some restraint and tripped a half hour from its middle.

For those who want a fresh take on the moral quandaries tackled in science fiction, Seobok won’t leave you disappointed. It’s a gorgeous and thrilling ride through an explosive tale of personal codes of conduct, even if it takes some time to push through to the finale.

Seobok is a beautiful science-fiction giant that could share the sandbox with everything from Prometheus to Splice. But it sits at the intersection between politics, science, healthcare, diplomacy, and ethical questions that leaves it feeling confused about what it’s trying to or has time to say. 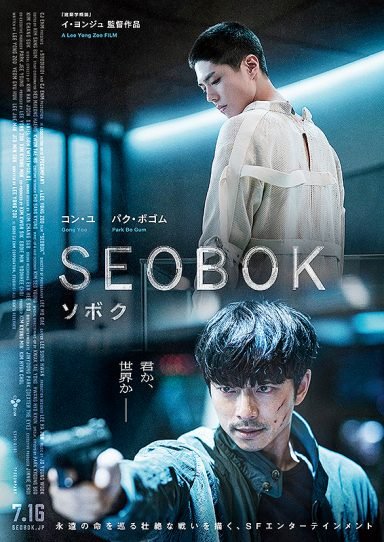