A messy tale of how online relationships based in authentici
SCORE: 6/10 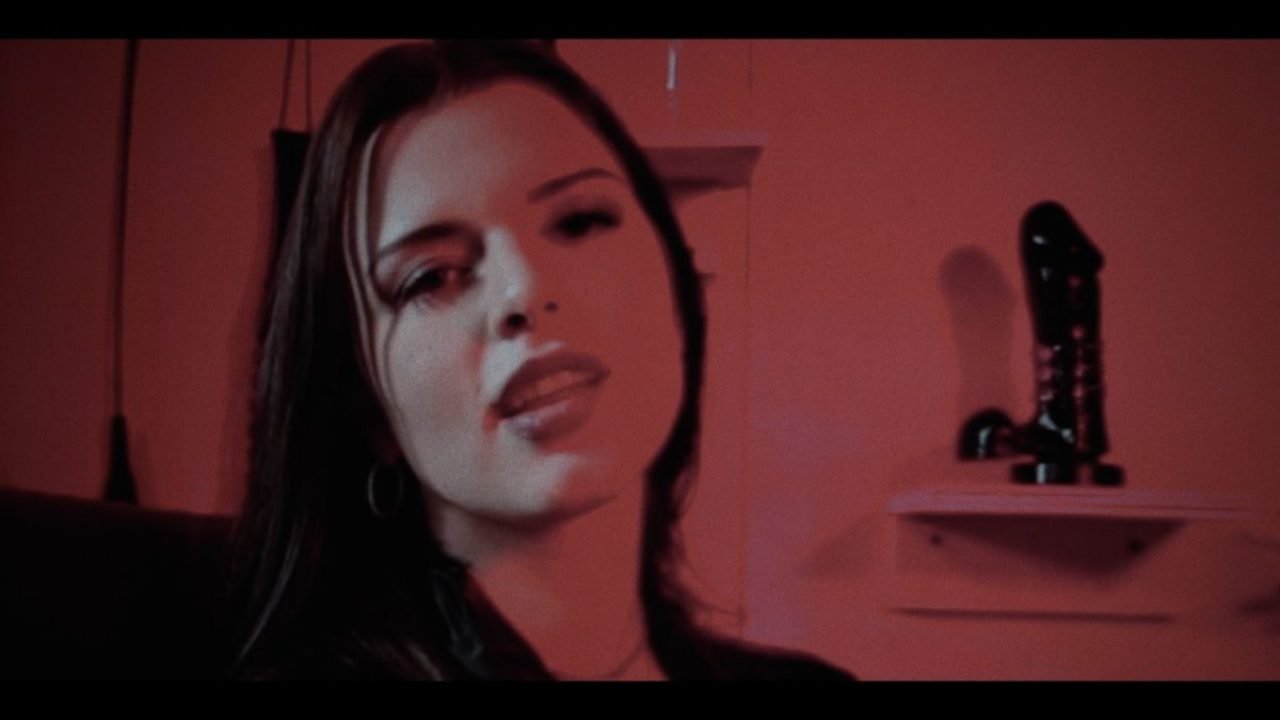 Though shot in 2018 and 2019, PVT CHAT hits even harder in 2020 as an exploration of internet relationships. With more of us experiencing the inception, maintenance and breakdown of relationships that live within the wires, a film about the reality of online personas feels more relevant than ever, though this one tests the different between what it means for a relationship to be real, online or in person.

PVT CHAT centers around an online gambler, Jack (Peter Vack) and his webcam model of choice, Scarlet (Julia Fox). Nothing about Jack is authentic, from how he portrays his career to his ability to gamble online, and his personal relationships. He exudes inauthenticity, lies to his friends, creates a persona of himself for paid for online interactions, and prefers sexual gratification from massage parlours. His sights are set on Scarlet, a webcam model and dominatrix that indulges his whims via private video chat and appears to buy into the version of himself he portrays for her. But Scarlet isn’t Scarlet and though her role as a model keeps Jack as her John, ultimately, the reality of their relationship will be tested as against her personal life.

Writer/ Director, Ben Hozie, is more well known as a musician, and this is his slip into directing feature film. His inspirations are on full display and it reads like a really great shot at emulating Scorsese and the Safdie Brothers while bringing in its own fresh style. No, it’s not Uncut Gems, but it’s in the same category. Jack is a loser living a lie of a life with multiple balls in the air that could land suddenly at any moment. His life, like Howard Ratner, is a house of cards, and it’s only his brand of bullshit that keeps it together. That, and his love interest is Julia Fox. In fact, by sheer coincidence, Fox was cast in Uncut Gems while shooting PVT CHAT which is stunning since this would have made a great resume for her for the role.

Movies featuring sex workers can go a lot of ways, and it’s refreshing that Scarlet was created as a whole character. She has agency and motivations, and she is a character match alongside Jack with her own acts in the film, and is not just the object of his sexual affections. Much like 2018’s Cam, the cam girls are not just window dressing or parts of the men’s stories, a nice trend as we barrel into the next decade. Julia Fox spent time as a dominatrix, so I’d guess some of her experience was important to the authenticity of this character. It’s exciting she was able to parlay her previous experience this way to bring an educated mind to a delicate role.

Though commended for being progressive, the one issue difficult to ignore is Jack’s behavior and lack of comeuppance or questioning of it. Scarlet’s real-life relationships are tested in such a way that she feels connected to Jack, as fake relationship that begins to feel real to her. But Jack exhibits some dangerous behavior early in the film, he follows Scarlet when she insists she doesn’t live where he thinks (she tells her clients that she lives in a San Francisco to create a wall), continues to question her about it then ultimately stalks her and breaks into her home. Jack is a creep, and though Scarlet is hurt enough to gravitate towards him, his dangerous behavior is brushed off as if he’s a boy with a painful crush, which I wish had been addressed.

But what the film does successfully is explore the facets and types of relationships that can blossom with internet culture. Many are quick to dismiss online relationships as less real, less authentic or fake, but Jack and Scarlet choose the relationships they have over their more “real” ones. Names, addresses and jobs seem as fundamental to a person’s reality as Plato’s Forms, but passions, vibes, and energy transcend those things, and for Jack and Scarlet, transcend their lies. In their in person sexual encounter, the two opt not to touch each other, cementing that their pleasures and relationships can exist while never breaking through a physical wall.

PVT CHAT might read as the frantic and pornographic tale of an abhorrent loser (here’s hoping no one real inspired the character), but it’s truly a stylized exploration of the reality of relationships that can blossom behind from behind screens. I can’t imagine anything being more relevant as we all move our social lives online. 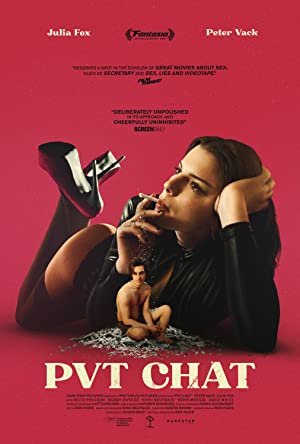