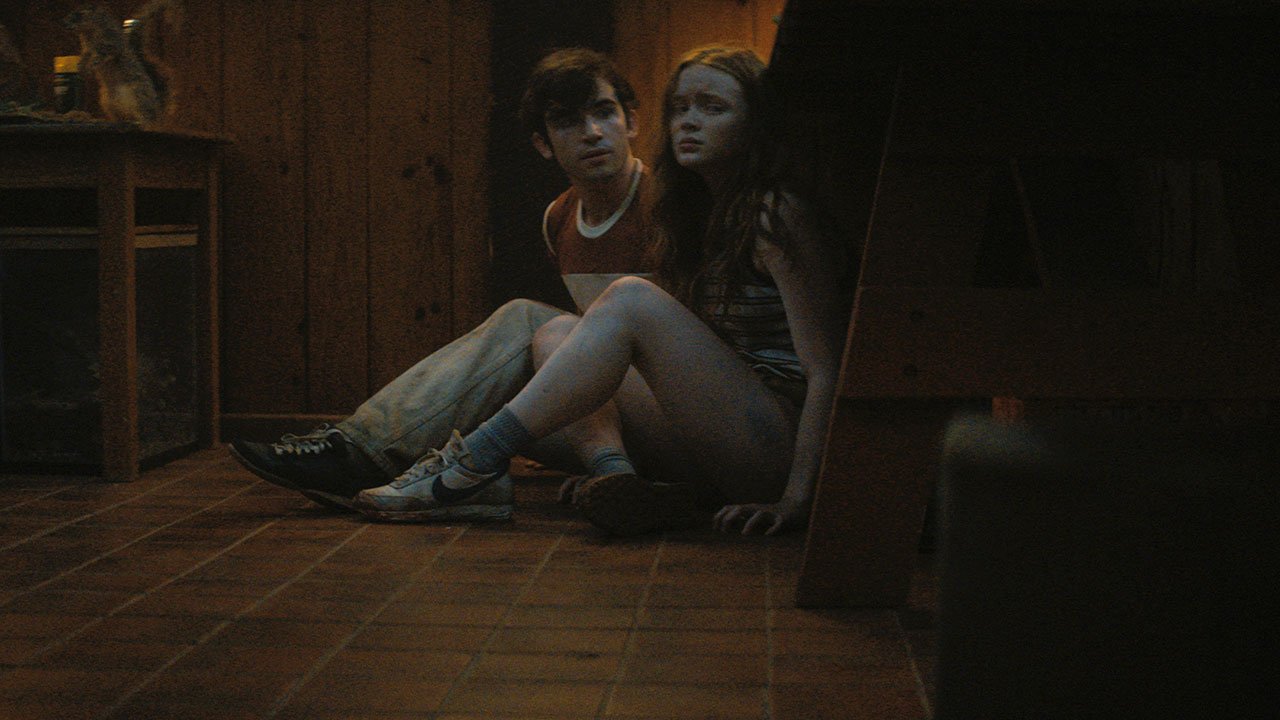 If you’ve seen Fear Street Part One: 1994, chances are you became immediately excited for its sequel, which released seven days after its first installment hit Netflix, Fear Street Part Two: 1978. Built in as a weekly trilogy, the second part of Fear Street promised us answers regarding how to break the “Sarah Fier” curse, as Deena (Kiana Madeira) and Josh (Benjamin Flores Jr.) go to the house of “C. Berman” (Gillian Jacobs) to learn how to break the curse.

Berman tells them the story of Camp Nightwing, in which Sarah Fier possessed Tommy Slater (McCabe Slye), with an urge to randomly kill campers and counselors with an axe. We then see how “C. Berman” (played by Sadie Sink in flashbacks) escaped death at the hands of Sarah Fier and “learn” (after ninety tedious minutes) how the curse can be broken. That’s great and all, but the film takes a mindless detour to fill in most of its runtime with a useless prequel whose sole question could’ve been easily resolved after fifteen minutes.

It would’ve been great to fill its runtime with characters you actually care about (just like the first film) and a constantly engaging storyline that wants to challenge its viewers, not only physically, through its amazingly cathartic and gory kills, but mentally as well, by subverting classic horror tropes while paying tribute to them at the same time. However, almost none of it feels particularly interesting, nor important. Some of the kills are quite surprising, one in particular which comes out of nowhere and gave me a pretty intense reaction, but most of them are fairly standard. A classic “axe slasher movie” set in a summer camp has the perfect sandbox to utilize everyday objects and turn them into violent instruments of torture.

I mean, you can’t top the bread slicer in the first film, but you can surely use equipment you’d find in the woods, such as animal traps, insect sprays, and others to subvert classic slashers and do something fun with its hybrid concept of “Friday the 13th meets The Blair Witch Project” as critic Richard Newby described it. Yet, director Leigh Janiak doesn’t seem to want to do anything creative (and fun) this time around but pits its banal characters in haphazardly monotonous sequences of “horror” that follow traditional slasher beats, without an ounce of surprise or excitement. There are major Friday the 13th vibes from its quasi-riff to Camp Crystal Lake with Camp Nightwing, but The Blair Witch Project was a more refined (and scary) horror film than Fear Street Part Two. In fact, the witch takes a backseat in a film that takes more than forty minutes for its main plot to get going, and mind-numbingly distracts its audience with a random Spotify playlist of ‘60s-‘70s songs that act as “needle drops”, yet hold no emotional weight and do not complement the film’s cinematography.

Those who follow my ruminations in freelance criticism will recall when I defended Cruella’s endless needle drops of random late ‘60s-early ‘70s songs. The reason was that these songs, while they appeared out of nowhere, added exuberant amounts of style the film desperately needed to lift its formulaic script up. And it worked. The style was so good, it became the first Disney remake (or, in this case, reboot) that thought of cinema as a purely visual and aural medium to bring audiences back in a place where their eyes would widen in awe and marvel at the film’s immaculate costumes and devilishly good performances.

“In Fear Street Part Two: 1978, the songs hold no emotional weight and add no style to the picture.”

In 1978, the songs hold no emotional weight and add no style to the picture. They’re just “there” to remind audiences that we’re in the 1970s, because it honestly could’ve been set at any timeframe, if it wasn’t for the soundtrack reminding us of the setting, we’re in. It becomes terribly aggressive when the twentieth song starts to kick in at the film’s thirtieth minute. After five songs in five minutes, audiences perfectly understand that they’re in the 1970s and do not need to be constantly reminded all the time.

However, whilst its soundtrack isn’t great, its score certainly is. Composers Marco Beltrami and Brandon Roberts bring in an operatic, almost bombastic score when “shit hits the fan” (for a lack of better words), and absolutely slay the house down. There’s nothing quite like seeing a score filled with a choir to have some form of emotional levity during the kills. While the kills are more “brutal” in the sense that Tommy doesn’t hesitate when he starts to slash with his axe, if it wasn’t for the score, everything feels terrifically banal. Aside from Sadie Sink, who gives a furiously entertaining performance as young “C. Berman” (here named “Ziggy”), none of the acting reaches the same heights as the first one. That’s partly because the characters aren’t as remotely interesting, there’s no chemistry in making the characters important and, when they inevitably die, we feel for them.

Fear Street Part One did an incredible job at making us care at each individual characters, which made some of their deaths particularly emotional. When most main characters die in this one, the only sentiment that comes in our mind are “meh”, since the film never gives us a compelling reason to care about any of them. Ziggy’s sister (Emily Rudd) wants to get out of Shadyside and to college, and the other characters seem to be just “there” and immensely disposable. We have new junkies (now played by Ryan Simpkins and Sam Brooks), who have no particular trait that’ll make audiences attach them.

All we know is that Alice (Simpkins) hates Cindy (Rudd) for something that happened in the past that we’ll never learn, since both die. “Oh, spoiler alert?” Well, if you’re reading this, you’ve probably seen the first film, which foreshadows everything that happened in this one—without fail. Heck, Janiak revealed its entire plot and basically explained the whole damn thing in about two minutes. You don’t even need to watch this film to know what happened, it’s already been explained in the first installment (though, not how to break the Fier curse, which is the sole reason why you’re watching this).

It’s a shame that Fear Street Part Two: 1978 lacks the emotional catharsis and character investment that made the first film so great. While the first film brilliantly riffed on slashers of the past, while paying tribute to R.L. Stine’s greatest hits by infusing hints of the “young” Amblin Entertainment productions of the ‘80s (it was The Goonies meets Halloween, if we’re really honest with each other), the second film does virtually nothing to build on what it previously established. It’s pure, unadulterated filler that’s never interesting, and never important either. Luckily, the film’s ending leaves Deena in a hugely interesting position, setting the stage for a conclusion that’ll surely be better than whatever the hell this was. It’s what I hope, really.

Instead of building upon what the first film brilliantly established, Fear Street Part Two: 1978 is a useless and flaccid detour that quickly becomes stale once it starts “going back in time.” 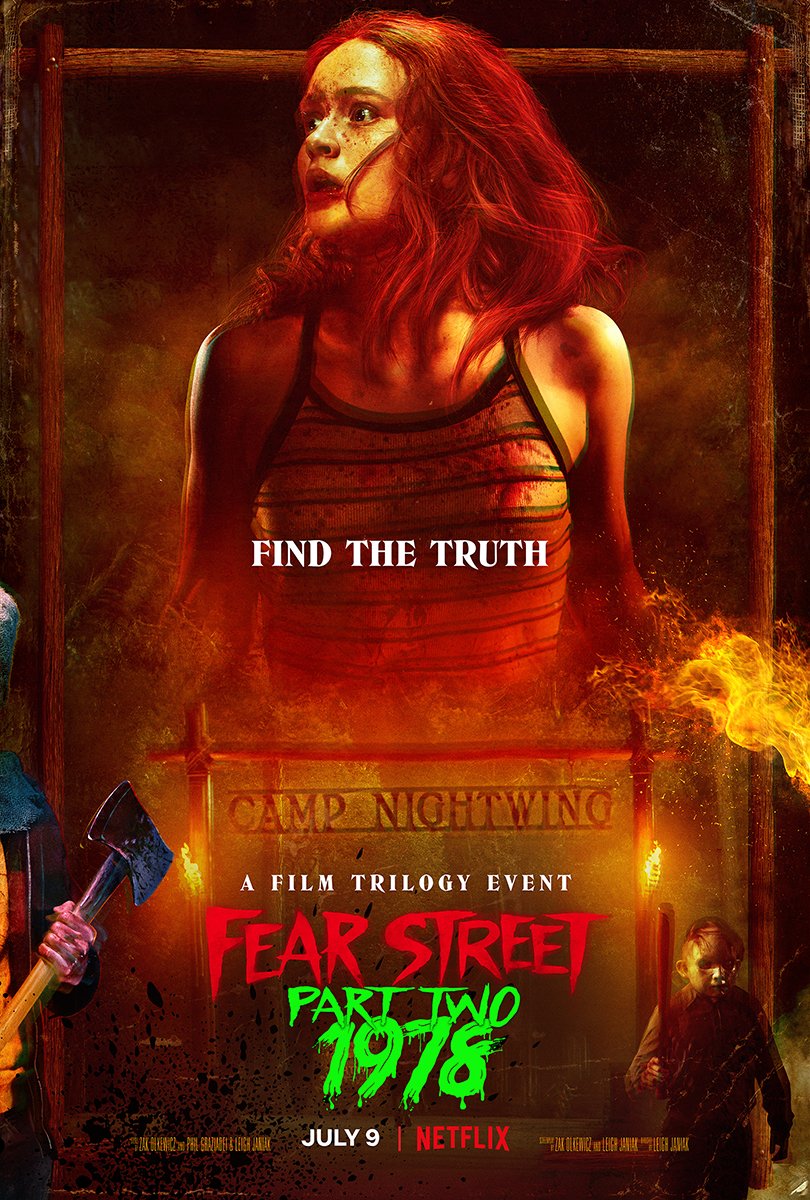