The Flame in the Flood (PC) Review 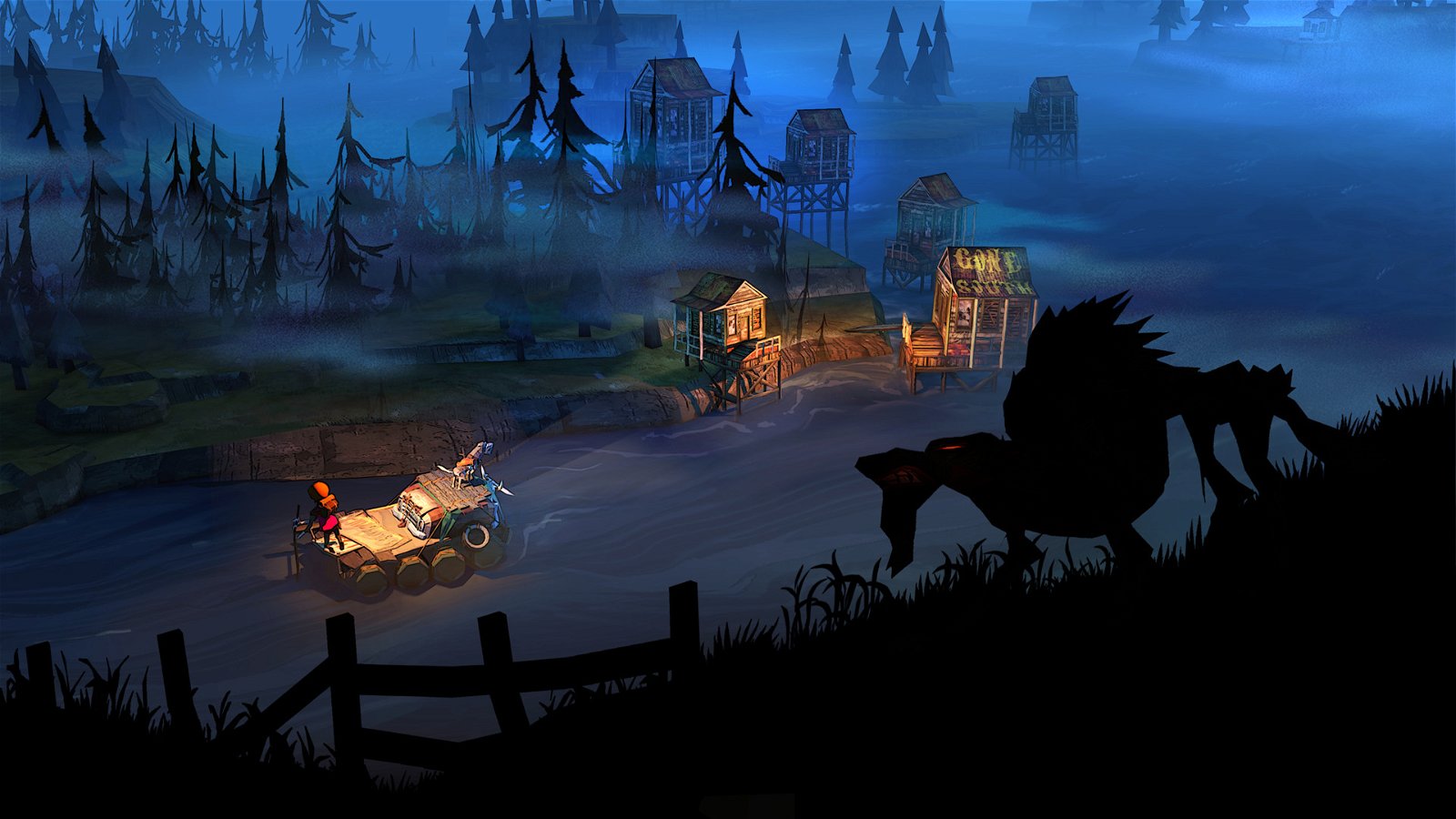 “Roguelike” and “crafting” are two of the biggest buzzwords in indie gaming right now. One can practically throw a stone and hit a title with one or both of those terms in the description on the Steam Marketplace… then hoard that stone to craft a moderately better weapon. Of course, not all crafting-intensive, survival-focused roguelikes are cut from the same cloth, but it’s undeniable that it’s a trend. Unfortunately, like many games that follow a common trend, The Flame in the Flood does very little to distinguish itself from its competitors.

That certainly isn’t for lack of trying. The Molasses Flood clearly went out of their way to make something that stands out from the pack on an aesthetic level. Players take the role of Scout, a young girl whose only companion is a dog named Aesop. Both of them are struggling to survive in a backwoods America that time apparently forgot. The circumstances leading to this part of the country’s downfall, why the primary mode of travel is a raging river, or why basic ethical principles have been abandoned are all questions that go unanswered.

Surprisingly, this is the aspect of The Flame in the Flood that I enjoyed the most. Most games with post-apocalyptic settings focus, at some point, on what happened, why it happened, what’s going on, et cetera. There’s barely any concern with that here. Players are dropped into a murky, harsh environment that’s basically a creepy facsimile of real-world rural America, and are expected to forage for survival. That’s all there needs to be in the storytelling department, and I admire the bare-bones approach here. It gives players just enough to immerse them, but not so much as to bog them down with details.

It’s a crying shame, then, that the rest of the package does, in fact, bog you down. Every negative thing I have to say about the “craft a thing to a craft another thing for reasons” trend as a whole is rolled into this game. Most of the game is based around the premise of collecting enough of X thing to build Y thing, and while that’s all well and good, there’s a basic problem with that here: there’s no motivation to do it.

Motivation is a key part of any survival game. Building a shelter to protect you from the elements. Modifying a weapon to kill something faster. Finding a new recipe to help sustain yourself longer. You don’t really get that in The Flame in the Flood. You get a handful of vague objectives, with no great idea as to how to accomplish them, and no motivation to accomplish them. You can craft some weapons, sure, but using them is rare, and it’s unsatisfying. All the shelters are premade and practically all the same. The recipes are presets, and never fun to gather things for. Add in the fact that we have very little actual reason to care about Scout, and the prospect of trying to keep her alive just because becomes a lot less enticing.

It doesn’t help that the primary mode of travel is absolutely abhorrent. Travelling by raft is one of the most unpleasant experiences I’ve had in a game in recent memory. The stuff encountered on the river is procedurally generated, so trying to memorize each of ten sections is pointless. The raft itself is constantly moving, and almost impossible to steer accurately, which makes it even more frustrating that good loot is often on the sides of the river and incredibly cumbersome to get to. On one playthrough, the only food items I found were on the river, and I starved Scout thanks to that fun little tidbit of bad design.

A truly novel aesthetic and concept can’t mask the fact that The Flame in the Flood is a tedious and ultimately vapid exercise in monotony. It takes the worst aspects of an overcrowded sub-genre and mashes them together, resulting in a disappointing swing and a miss from a collection of decorated developers.

The Flame in the Flood squanders a novel idea and fantastic aesthetic with mind-numbing repetition and a broken sense of progression. 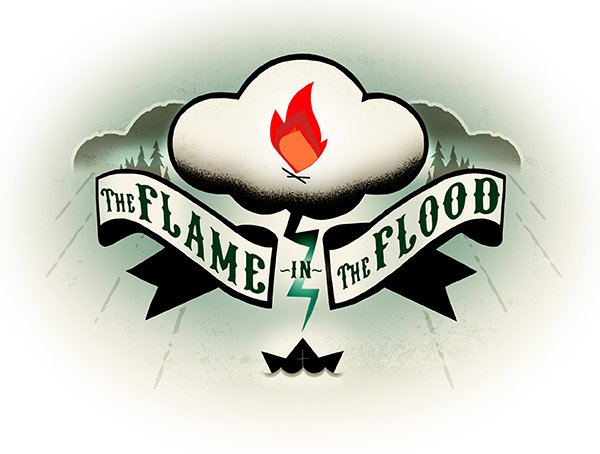