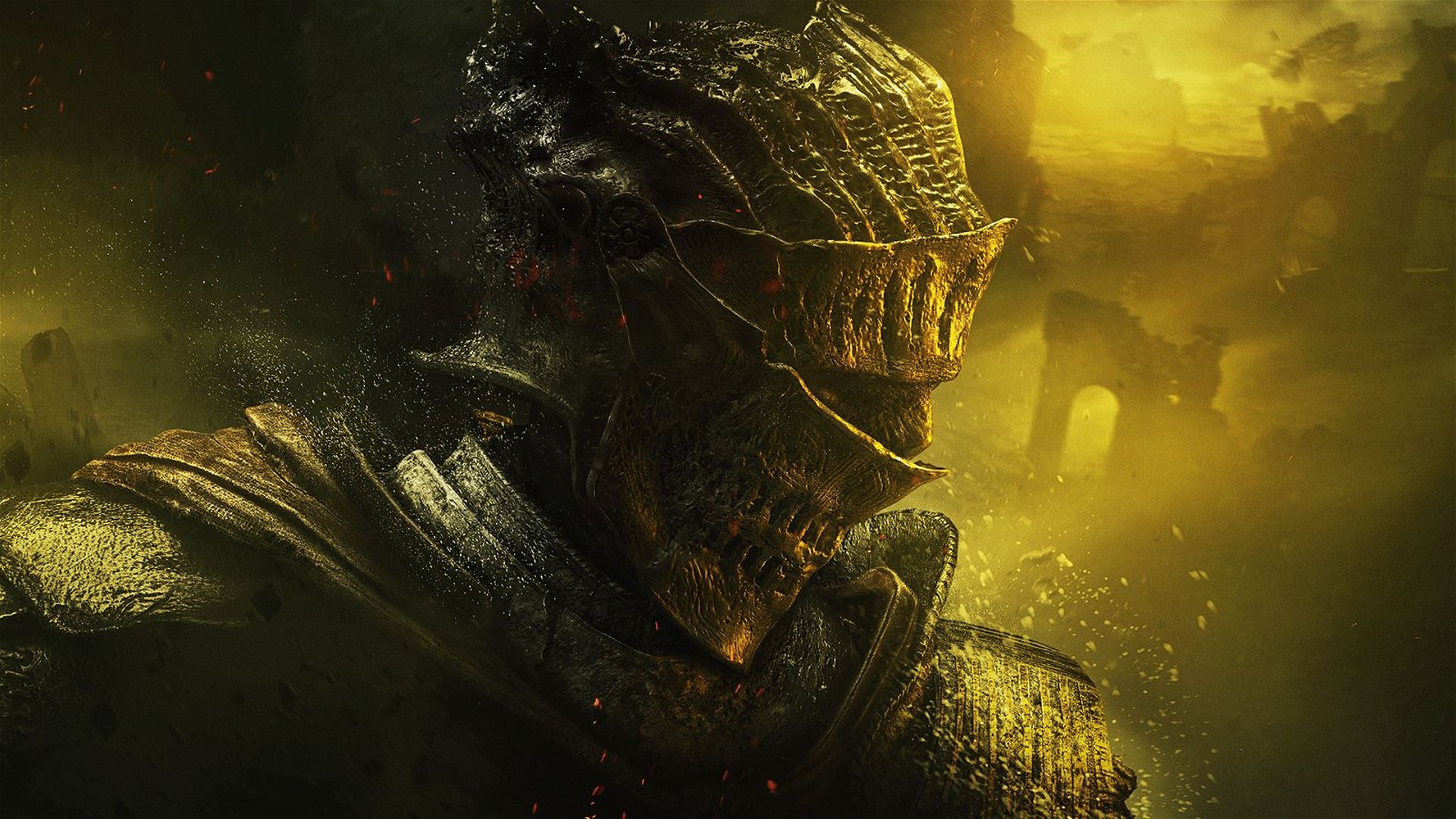 I’ve always hated series finales. They either leave me feeling betrayed, angry and unfulfilled as in the case of LOST, or they leave me a weepy mess like the soul-crushing and heartbreaking finale of Blackadder Goes Forth. Videogames work a little bit differently than television shows however, and due to the nature of the industry, the strength of title branding and the ease with which developers can pump out yearly releases, finales are not only rare, but often pointless. Who knows when you might need to dust off that old IP for a reboot, re-master or long awaited sequel?

The Dark Souls series has, allegedly, closed up shop and bid fans farewell with Dark Souls 3. I say allegedly because a game series being “finished” is a bit like a popular superhero dying in a comic book; you could safely bet that at some point in the future that character is coming back in one form or another.

But hey, here we are: the last Dark Souls game. It’s pretty incredible to think that a title as obscure, difficult, and let’s face it, janky, ugly and choppy as hell as Demon’s Souls could have spawned four spinoff titles including two of the most critically acclaimed and beloved games of their respective generations. With Dark Souls III we bid adieu to Lordran (for now anyway) and while it’s not exactly the epic send-off some were hoping for, it’s a fitting end to a series restricted to it’s own original innovations.

Herein lies the problem though. Because Demon’s Souls and Dark Souls were so innovative, and their gameplay mechanics so masterfully crafted, there’s not much to improve upon…in these departments anyway. In Dark Souls III you will battle your way through hordes of terrifying enemies, participate in anxiety-inducing, pulse poundingly intense boss fights, and summon and invade to your heart’s content.

Does this sound familiar?

Rather than re-iterate and re-review these aspects of the game—they’re great, as always–I’ll try to focus on a few of the new things, and unfortunately, some of the recurring and problematic issues that have plagued the series pretty much from the beginning. A major one, especially for those of us playing on console, is the framerate.

Why From? Why do your framerates always suck so hard? Unlike a lot of gamers, I don’t really stress about how fast the framerate is—for most games. Don’t get me wrong, 60+fps would be wonderful, and as the PS4 release of Dark Souls II taught us, is especially wonderful for a game with combat as smooth and addictive as those in the Souls series. Unfortunately, despite having multiple chances to get this right, From dropped the ball on this once again, and Dark Souls III features some of the most sluggish and choppy framerates in the series. Certain areas are Blighttown-level bad and are extra-frustrating when combined with another issue plaguing the game.

Something that may have existed in prior entries, but if it did never stuck out to me, reared its ugly head about 45 seconds into playing Dark Souls III. Input lag and attack sequencing are brutal in this game, and will cost you. When engaging enemies and frantically squeezing your attack buttons, your character will often continue to attack even when you’ve stopped pulling the trigger. Imagine battling an enemy on a bridge in Anor Londo, and just as you get to the edge and hold off on slashing, your character does so anyway and falls off. Events like these will play out constantly throughout the game and is something that seems so easy to fix it blows my mind that the QC folks just let it slide.

The graphics themselves are also rather underwhelming, and for an entry three-years into a console cycle one would expect something just a tad more impressive. Fans don’t play these games for the pretty graphics (thank god) which is a good thing because the textures, clipping, and particle effects are nothing to write home about. The art style, on the other hand, remains fabulous, and while some areas feel a bit too Bloodborne for my liking, the swamps, graveyards, castle interiors and toxic swamps are all beautifully designed and feel very Souls-esque. Once again I have to cite the inherent restrictions in a third-entry title that prevent the artists and designers from completely revamping the entire aesthetic, so it’s kind of a win-lose situation. It looks and sounds like Dark Souls, but if you were expecting drastic changes and brand-new, never before imagined landscapes then you will be left wanting.

One thing that has improved, especially so when compared to Bloodborne, is the summoning. It works exactly the same way as the previous Souls games but with a minor change. Instead of using humanity and becoming “undead” as in previous titles, the player uses an ember to obtain the power source of a Lord of Cinder. AKA use a consumable and your HP will increase and you’ll be able to summon but become open for invasion. From has definitely improved their networks though, Bloodborne was brutal for summoning (that bell system sure did suck didn’t it?) but I have not had a single issue with trying to find other humans to play with. There are always plenty of signs on the ground to request assistance or get grimy with some PvP. I have several bones to pick with the way players new to the series engage in this, but that can wait for another, angrier article.

The lore is, as always, cryptic and reserved and it remains up to the player whether or not they want to invest effort into following the story or are content to simply play through. There are a few interesting characters, each with unique quest lines, but half the fun of the Souls games is figuring this out for yourself so I won’t touch on it further. Suffice to say that while it works as a finale, like both of the previous entries the end-game will likely cause players to feel a bit underwhelmed. It doesn’t feel ambitious or grandiose but it does the trick I suppose.

One final thing I want to touch on is a pretty minor change, but one that I had no idea I wanted so badly until I tried it out. There’s nothing worse than a crowded HUD full of maps, status bars, items etc. Plenty of games offer you the option to turn these off for a more immersive experience, but lacking that relevant and important information does make the game a lot more difficult to play. In Dark Souls III you can set your HUD to “hide automatically”, which removes all of that immersion breaking information when you’re just booting around the game, but snaps it back anytime you’re in combat or hit the block button. Removing the clutter adds so much to the captivating world of Dark Souls III by allowing you to actually pay attention to what’s around you, rather than scanning stamina bars and mini-maps.

Dark Souls III is a victim of its own success, in that because it got nearly everything right the first time around, there wasn’t much to improve on or alter. Changing things too much would piss off fans of the series, but adding too little would come off as lazy and cheap. Fortunately for players, the latest (and perhaps, but probably not) and last entry in the beloved series treads a fine line of accommodating both areas. Glaring and recurring technical flaws aside, the game goes back to its roots in both story and gameplay, and will certainly help fans wash the bad taste of Dark Souls II out of their mouths. I can’t wait to see what From has in store for Dark Souls 4…

The long awaited finale of the Dark Souls franchise stays a bit too close to its roots. 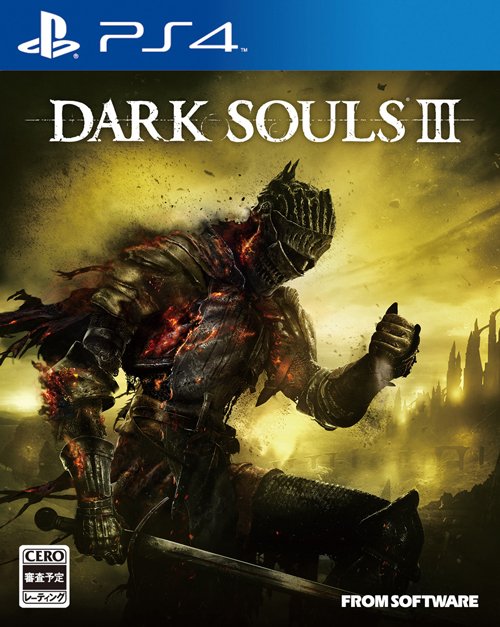