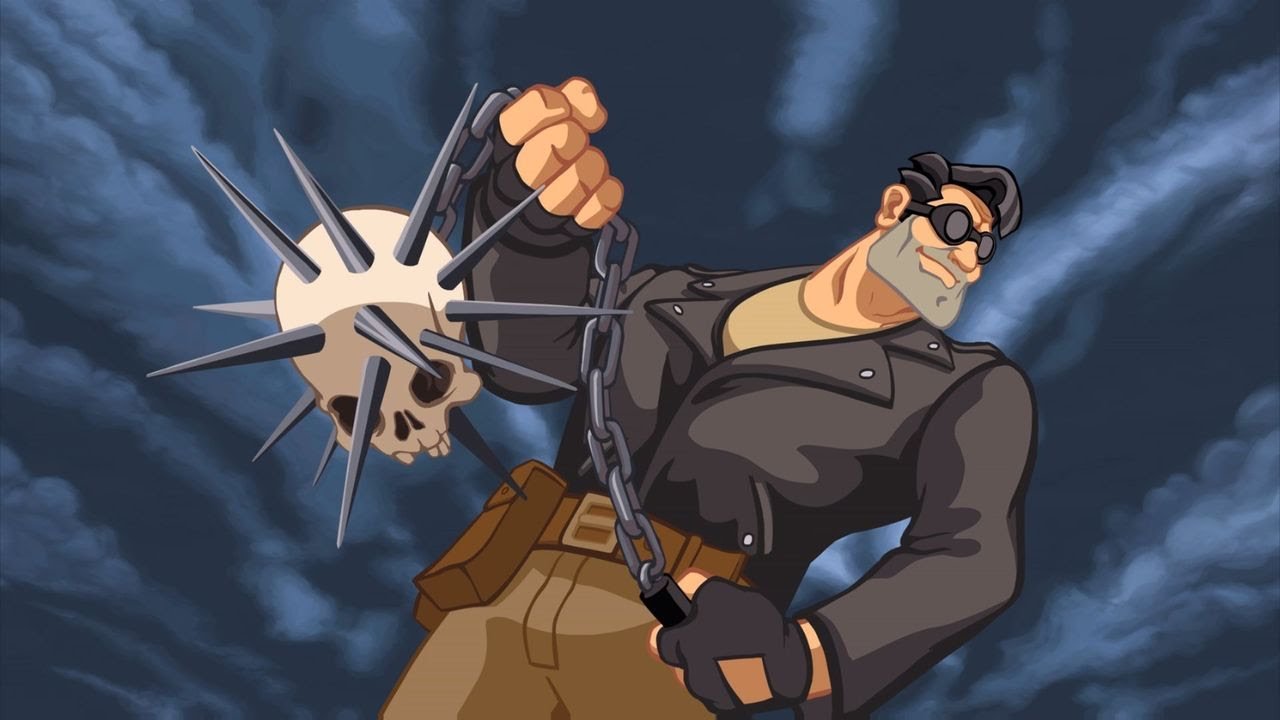 It’s exciting to see old LucasArts projects getting a new lease on life. After all, running all those old DOS games through something like DOSBox isn’t something a lot of people want to bother with, and there’s a lot to be said for ease-of-access. So far, these remade titles have been sublime—Secret of Monkey Island, Grim Fandingo, and Day of the Tentacle have all aged like fine wine. Sometimes, though, games are best left as fond memories than dragged kicking and screaming into the modern era. Such is the case with Full Throttle Remastered, a definitively lesser effort by Schafer and one that hasn’t held up nearly as much some of his other titles.

All the pieces for a memorable experience are there, sure. There’s a likable cast of characters, like the charmingly gruff protagonist Ben, a wise-cracking journalist, an enigmatic mechanic, and a Mark Hamill-voiced corporate villain. They’re in a world that’s genuinely interesting—a sort-of dystopia where only one company is making motorcycles, which is at the risk of being outsourced and churning out minivans. This world is packed some compelling ancillary characters, too, such as a race of blind cave-dwellers and an ill-fated trucker. Full Throttle is packed with individual bits that I really jived with, and wanted to love.

Why couldn’t I, then? Because, frankly, the whole narrative is very half-baked—it feels like an embryonic concept as opposed to a fully fleshed-out idea. Characters show up and disappear in a matter of seconds, getting very little screen time and winding up feeling like nothing but one-note caricatures. This is compounded by the paper-thin narrative, which is over before you know it, and before you knew a climax was even happening. The story can be cleared in a handful of hours, which is part of the reason it all feels so rushed, and because of this it feels significantly lacking in the depth present in other LucasArts adventures. There are some clever jokes here and there, but they’re momentary snorts in an ocean of lackluster exposition, simplistic characterization and untapped potential.

Not helping matters is the gameplay, which alternates between yawn-inducing in its simplicity and aggravating in its clunkiness. As far as actual puzzles are concerned, none of them are particularly challenging, and I’d hazard to say that experienced adventure game fans could blaze through this game in one sitting. Clever solutions to puzzles are few and far between, with a majority of them having simplistic solutions that require little brainpower.

That said, players would likely get stuck because of one primary crux—bad design. Scenery hides key objects in such a way that isn’t challenging but points to a sloppy art direction that is supposed to be remastered. This sloppy art direction also does a poor job of indicating where players can and can’t walk. Even when that’s obvious, however, clicking on objects will often active some of the most counterintuitive and sluggish pathing I’ve seen in this genre. Ben will walk circles around an object at a snail’s pace before he can interact with it, or even tell the player he can’t interact with it. In some situations, he’ll even go off camera and disappear behind the scenery, before stalling and making the player click again. These might sound like minor complaints, but to experience them time and time again in a short period, when there’s little to no narrative payoff, makes the whole experience that much more aggravating.

But perhaps the most egregious part of Full Throttle is when the game tries something other than pointing and clicking. There are a few segments where players control Ben on his bike and have to engage in combat with other bikers. As cool as this sounds, Road Rash it isn’t—these parts are downright awful. Dodgy hit detection, garbage controls, and an occasional tendency to outright break, with bikes clipping into each other and character sprites remaining stuck on the screen despite having been killed. One particular mid-game sequence seems to rely on RNG as to what enemies players encounter before they get to the right one. They’re not fun, and tempt the player to use the keyboard shortcut to auto-win them. It’s Left Shift + V, by the way—you’re welcome.

What aggravated me a bit more than these sections, however, are the “remastered” visuals. I use quotations around that word because, somehow, Full Throttle looks worse with this new art direction. Everything has a mid-2000s Flash game look about it, with poorly defined lines, smudgy colours, and awkward animations. The combined effect is the life behind the game’s stellar art direction being drained right out of it—like a fantastic pencil and ink drawing put through the wringer by a Photoshop amateur, then zoomed, cropped, and put through a gaudy Instagram filter just for good measure. It’s less glaring during the gameplay, outside of making it actively more difficult to figure out what to click, but it makes cutscenes come across as a mid-tier Newgrounds animation circa 2004 or so. Luckily, the classic visuals are an option, and I highly recommend turning them on—they still hold up and look fantastic.

It hurts to be so down on Full Throttle, because there’s so much I could’ve loved here—the excellent voice acting, the art direction, and the whole idea of a more comedic Mad Max with evil corporations. But none of that can excuse the clumsy gameplay, lazy remastering job, and plot that ends before it even begins. Tim Schafer is still one of my favourite minds in gaming, but this is one of his projects that hasn’t held up over time.

Full Throttle hasn’t aged particularly well, and it’s made more unenjoyable by a remaster that actively sucks the life out of the game’s personality. 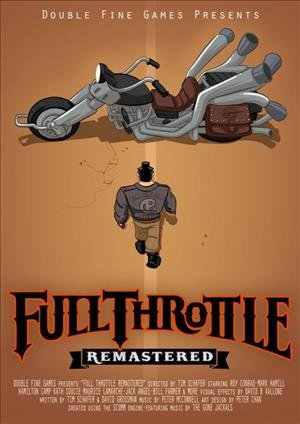