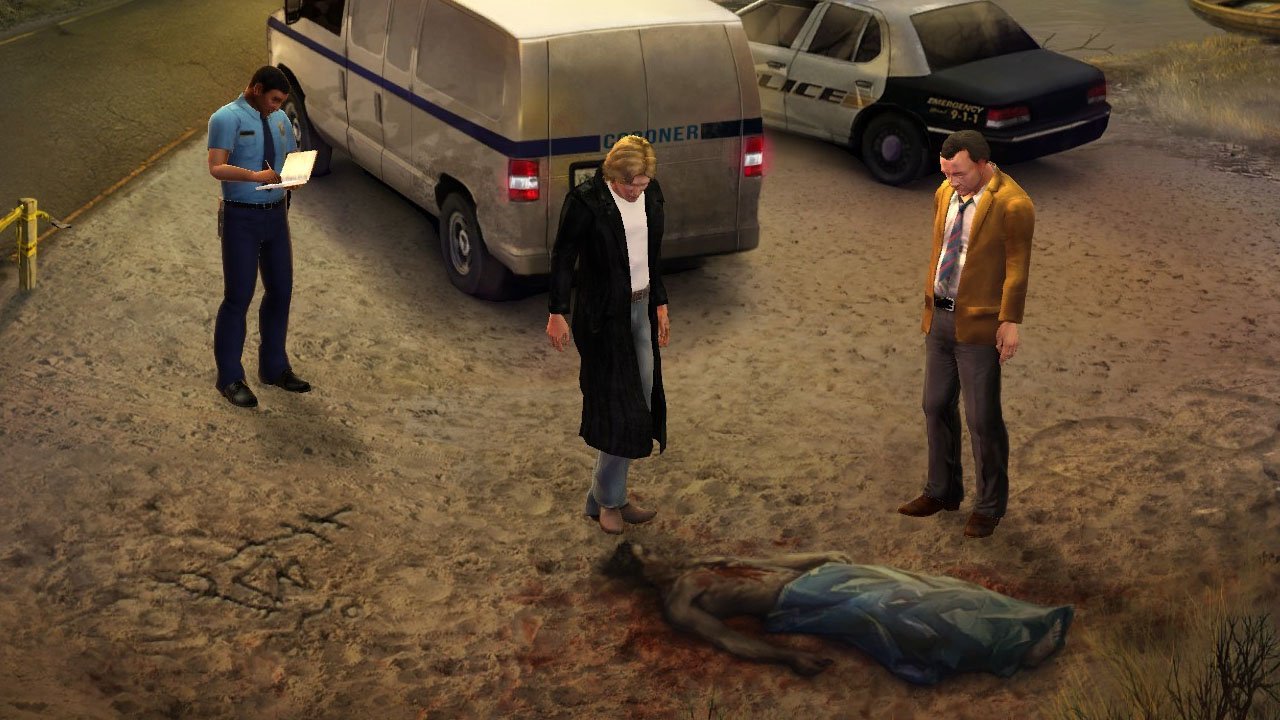 Ever since Telltale Games dragged the point-and-click adventure genre kicking and screaming out of the 90s, games of that kin have made a huge resurgence. While this was great to allow for new titles to come out of the woodworks using this classic style of gameplay with a whole new spin, it also opened the doors for some much needed updates to more battle-hardened properties. The remake of Jane Jensen’s classic, Gabriel Knight: The Sins of The Fathers 20th Anniversary Edition is one such title. Originally launched in 1993, this is one of the best games this genre has to offer; so it was a huge deal when Jensen announced that Pinkerton Road Studios planned to re-master this bad boy for 2013 on PC and Mac. Now, two years later, it’s finally made its way to portable devices. It’s far from perfect, but it makes up for its technical issues by blending a strong story with well-written, relatable characters to culminate in a very strong remake of a truly great narrative.

The game is set in New Orleans in 1993. The city is in a state of fear as police fail to find a suspect in a series of ritualistic Voodoo murders. But for struggling author, bookstore owner, and known womanizer Gabriel Knight, this is the perfect setup for his next book. Gabriel isn’t exactly known for his code of ethics, and his way with women makes him seem like a scumbag at first, but his dedication to the story and his growth as he discovers his link in all the events slowly turns him into more of a sympathetic antihero that you’ll want to support. As the game progresses, Gabriel becomes less concerned with finishing his book and more worried about the people of the city who are in serious danger at the hands of a Voodoo cult.

While this is the same story you may have enjoyed before, this isn’t the same game from 1993; everything is enhanced this time around. Graphically, it’s been updated to more of a 3D style to keep in line with modern standards, and it looks noticeably better for it. Don’t take my word for it, though; there are old screenshots that you can unlock as you progress. While that addition is a nice novelty, I found myself wishing I could play the game with that styling, à la The Secret of Monkey Island: Special Edition. Despite that, I really enjoyed the new direction, along with the re-mastered sound.  The music is wonderfully catchy; every area has its own unique loop, but you don’t spend enough time in any one place for the track to get old. The original star-studded voice cast featuring Tim Curry and Mark Hamill are gone, replaced with a whole new crop of talent that work very well. My personal favourite is the new narrator, voiced by Amy Kelly. Her African Southern Louisiana accent made the entire game very enjoyable, and it fit wonderfully with the Voodoo theme for the game. I would tap on things multiple times, just to hear what she had to say about them, regardless of how mundane.

From a presentation standpoint, this game is an upgrade in every sense of the word, but that doesn’t mean that all is peachy. I completely understand that when playing a game from this era, some issues are to be expected; however, this is a complete and total remake; a modernization of a classic, and I found myself caught in a slew of frustrating glitches through much of the game. Some are small, like how the backdrop for the speech boxes was always Gabriel’s bookstore, regardless of speaker or location, or when Gabriel wouldn’t do what I intended, but some were more severe. At one point, my entire map—which is used to get to any point in the city—was a black screen. I had to exit the game and re-enter for the map animation to reappear. This was a one-time occurrence, but the issues I dealt with leading up to that one point made it almost unforgivable.

But forgiveness was found, and I’m glad that it was. The puzzles are very rewarding and intuitive (with the exception of one or two situations where I had to do something to trigger an event), and they all added to the story. There is not a single wasted moment; everything you do in this game that doesn’t progress the plot gives you a deeper knowledge of the folklore that the game is rooted in. It’s just too good of an experience for its glitches to ruin; that says a lot about the timeless story crafted in this game.

That’s what the entire point-and-click genre is about; telling great stories. And in that regard, Gabriel Knight: The Sins of The Fathers 20th Anniversary Edition is one of the very best examples of a great adventure. The only things holding this re-mastering back from something more are its technical issues, and as much as I’d like to say “just ignore them,” there are far too many small issues that break the immersion. Regardless of its shortcomings, it’s a great experience that everyone should try out. There’s a reason it’s a classic.

The remake of Jane Jensen’s classic, Gabriel Knight: The Sins of The Fathers 20th Anniversary Edition is one such title.