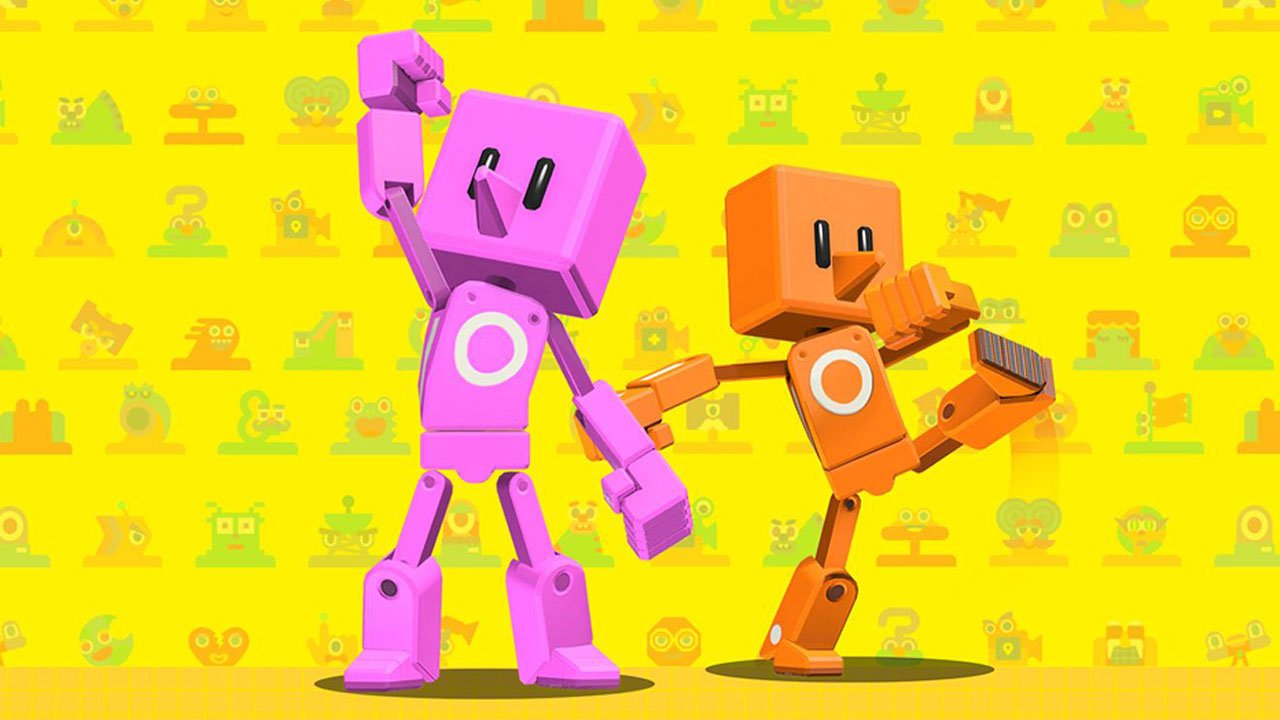 Nintendo is well-advertised in its efforts at offering its fanbase ways they can use their imagination to create something fellow fans can enjoy. From Super Mario Maker and its Nintendo Switch sequel to Nintendo’s cardboard-building Labo initiative, players have been given the opportunity to delve into these systems and have the tools on hand to do so like they’ve never experienced prior.

Now we have the release of Game Builder Garage, which takes things to the next level by actually offering educational opportunities for those curious about the programming side of game creation. Where Nintendo shines in this effort, however, comes in the gamification of the learning process—with puzzle-platforming sections which require the use of your newly-learned programming skills to enter the background and alter what is in front of you in order to allow for your forward progression. Unfortunately, a bare bones’ curation tool only allows your builds to be shared with friends via a code, with no way to search out the content that will assuredly be made in droves.

As you start on your programming journey, you’ll be presented with a set of games you’ll work towards creating, while having Navi-esque helpers direct you along the way. Starting simply with the building of platforms and connecting nodes to allow for character movement, you’ll go from building a basic platformer to a ball-rolling game and so on. Moving from each lesson gives you an estimated time it will take to complete, which helps with those looking to take their time with their education. Additionally, only the first lesson must be completed before unlocking the Free Programming section of the game, where you can start to build things to your heart’s content.

Lessons increase in difficulty rather quickly, however, which could be a bit of a turnoff for those who aren’t very tech-savvy or don’t have some sort of baseline knowledge of how game development actually works. Game Builder Garage does a good job of taking things slowly and offering multiple ways to interact with lessons so that you are truly learning something, but the daunting task of creating games from scratch could be too much for some.

Free Programming literally does that—setting you up with a blank screen and no additional help so that you can start to make whatever you like. This is where Game Builder Garage gets its longevity, as the lessons only take about 5-6 hours to complete with Alice’s Guide content on the side to keep things more interesting. What’s unfortunate about this section of the game is that Nintendo hasn’t really given players a good way to get their works of art available for the player base, as the curation tool is extremely limited.

“…not allowing for uploads to the game is a safer bet, but really stymies creativity and limits what can be created to the tools available on the cartridge.”

Via a code, you can send your games to friends, but otherwise, you won’t be able to search out certain games or see a page of recommended ones from the community. The only other option is to search for a specific creator via their unique code, which is a little more helpful if you’re a member of a forum or website that keeps track of these sorts of things, but it’s unfortunate Nintendo couldn’t have found a better way to get that done themselves. Also, not allowing for uploads to the game is a safer bet, but really stymies creativity and limits what can be created to the tools available on the cartridge.

While each lesson is interesting, the game really starts when you take on Alice’s Guide, where one of the aforementioned Navi-like characters tests your wits and takes off the training wheels on each portion of the lesson you have learned. The lessons stick to a stricter, educational format, but for those looking to do more than use this release as a toolkit, you can take on Alice and have the process changed into something more like a video game.

During Alice’s Guide, you’re given a problem with the solution basically being whatever it was you just learned. For example, you may be presented with a stage featuring a player character and an apple, with a wall stopping the character from reaching the apple. With your newly-acquired programming acumen, you can enter the background of the game and change the wall’s properties to make it destructible, movable, and so on, in order to allow the character to reach the apple and complete the guide.

As things get more complex, Alice’s Guide is where Game Builder Garage becomes an actual game for the player. While the remaining educational and toolkit portions allow the player to decide what they want to get out of Game Builder Garage, which for the entry price, is an astounding deal.

Game Builder Garage is an incredible tool for a community that has become accustomed to getting to vent their creative visions on Nintendo’s platforms. Taking things a step further and making portions of Game Builder Garage more game-like is a huge bonus for those not looking to make fully-fledged games, but lacking a proper curation system and disallowing art uploads to the game limits creativity and stymies the creator’s visibility. Nonetheless, Game Builder Garage takes things a step further for those coming from Super Mario Maker or Labo, which should mean players can look forward to incredible content down the road.

Nintendo’s best development toolkit to date, with a gamified process that makes creating enjoyable, even if the curation tools are sub-par. 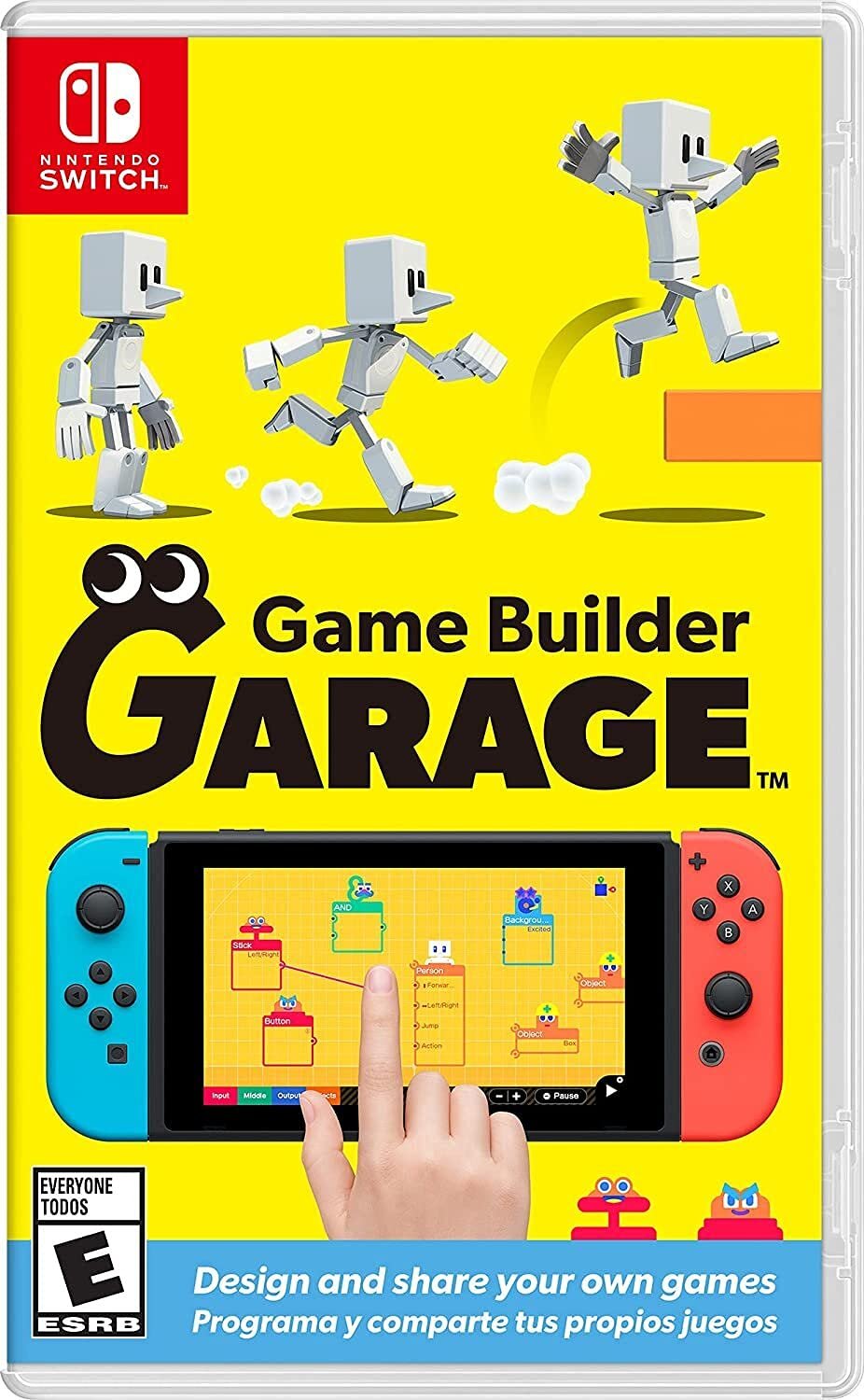