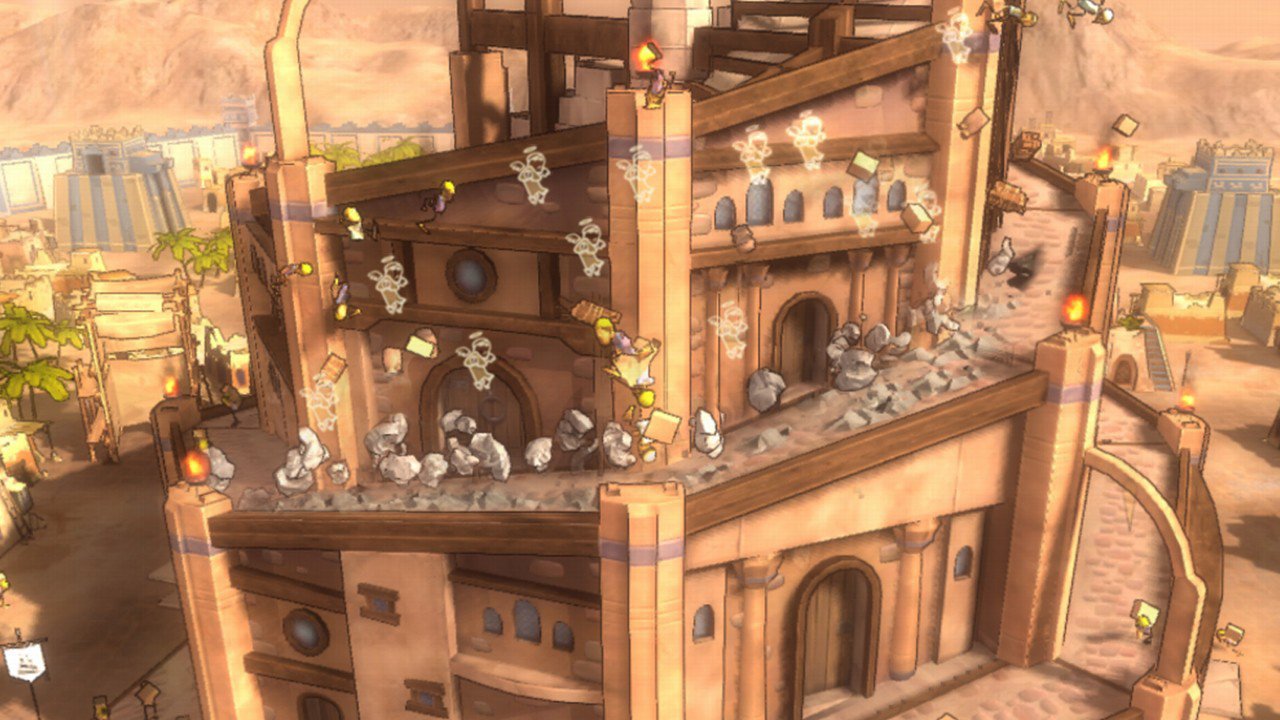 Ubisoft really wants you to be God. Gamers first got a taste of wielding absolute power over tiny minions in From Dust but that was for the merciful gods out there. In Babel Rising you’ll be playing  as a  much more vengeful deity as you rain down elemental attacks to prevent the construction of the Tower of Babel. First released in 2009 for mobile devices Babel Rising has been polished and updated with Kinect controls for this XBLA release, yet still feels like a game better suited for mobile platforms.

The basic gameplay found in Babel Rising is quite simple. You start with the the Tower of Babel under construction and it’s your job as a wrathful God to prevent citizens from walking up the tower to complete it’s construction. At your disposal are various elemental attacks based on the four elements, earth, fire, wind, and water. You can only select two elements to use during a stage each with three attacks. There’s a drop down attack like falling boulders or lightning strikes, a trail attack like a wall of fire or cloud of ice and finally a super elemental attack which can only be used once it’s charged up. You charge the super attacks by using the lesser ones, drop enough boulders and you’ll be able drop a massive boulder which will roll down the entire tower crushing minions. The controls were quite simple each attack being mapped to a different face button. You’ll spend a decent amount of time playing with the camera as well. Since the tower being built features 360 degree construction you’ll be spinning the camera around quite a bit in order to target minions. During gameplay things can get quite frantic as wave after wave of would be carpenters try to ascend the tower. Attacks charge at different rates which adds a good amount of depth to the strategy in the form time management.

Since you’ll spend most of your time staring at the tower, things have a tendency to get a little boring, but there’s a few things to break up the monotony. From time to time your focus will switch from the tower to the sea as you attempt to rain down meteors to sink incoming ships. It wasn’t much but I still enjoyed the opportunity change my focus and play style mid game. That said, I do wish that there had been more opportunities like sinking ships to break up the gameplay. I also wish there had been more diversity in the attacks. Each element only has the three attacks which never seem to progress or evolve. It’s a good game to challenge yourself but I found a complete lack of motivation to continue playing with the same attacks time and time again. I got to a point where I wanted to try something new yet there was nothing for me to try. It’s things like that that made me feel like this title is better suited to the more affordable mobile space.

The price point is a little justified by the addition of other game modes like co-op play and vs. multiplayer, as well as Kinect controls. For the most part I found Babel Rising to be a unique take on the tower defense genre but ultimately I failed to find any motivation to keep playing. I think that some attack progression and a few more mini-games would have made this title more compelling. However, it is a polished experience with some alright art direction that is fun for a few hours but doesn’t have much to keep you playing beyond that. If you are one of those gamers with a huge god complex and have an  urge to smite the prideful or are looking for an easy to learn yet difficult to master strategy game you’ll most likely enjoy this title. To be fair, the price point isn’t too bad, Babel Rising will set you back 800 MS Points which isn’t terrible I just wish there had been a little more variety.

First released in 2009 for mobile devices Babel Rising has been polished and updated with Kinect controls for this XBLA release, yet still feels like a game better suited for mobile platforms. 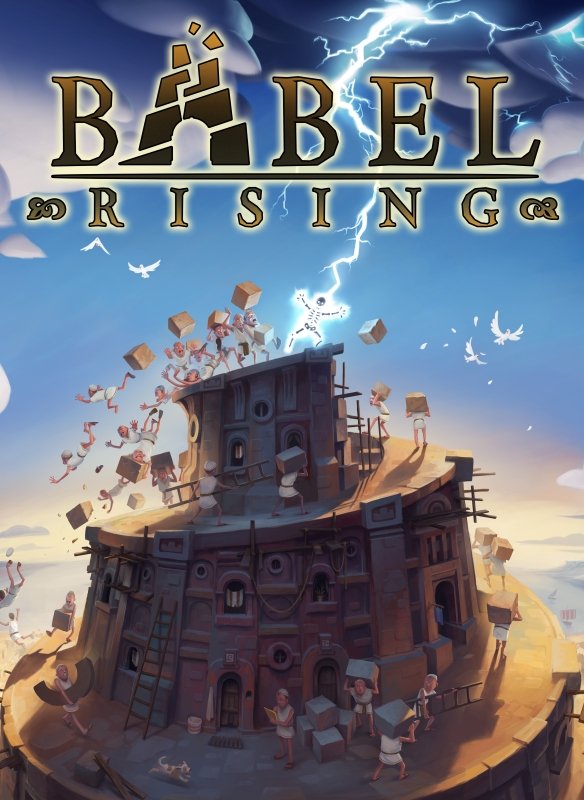