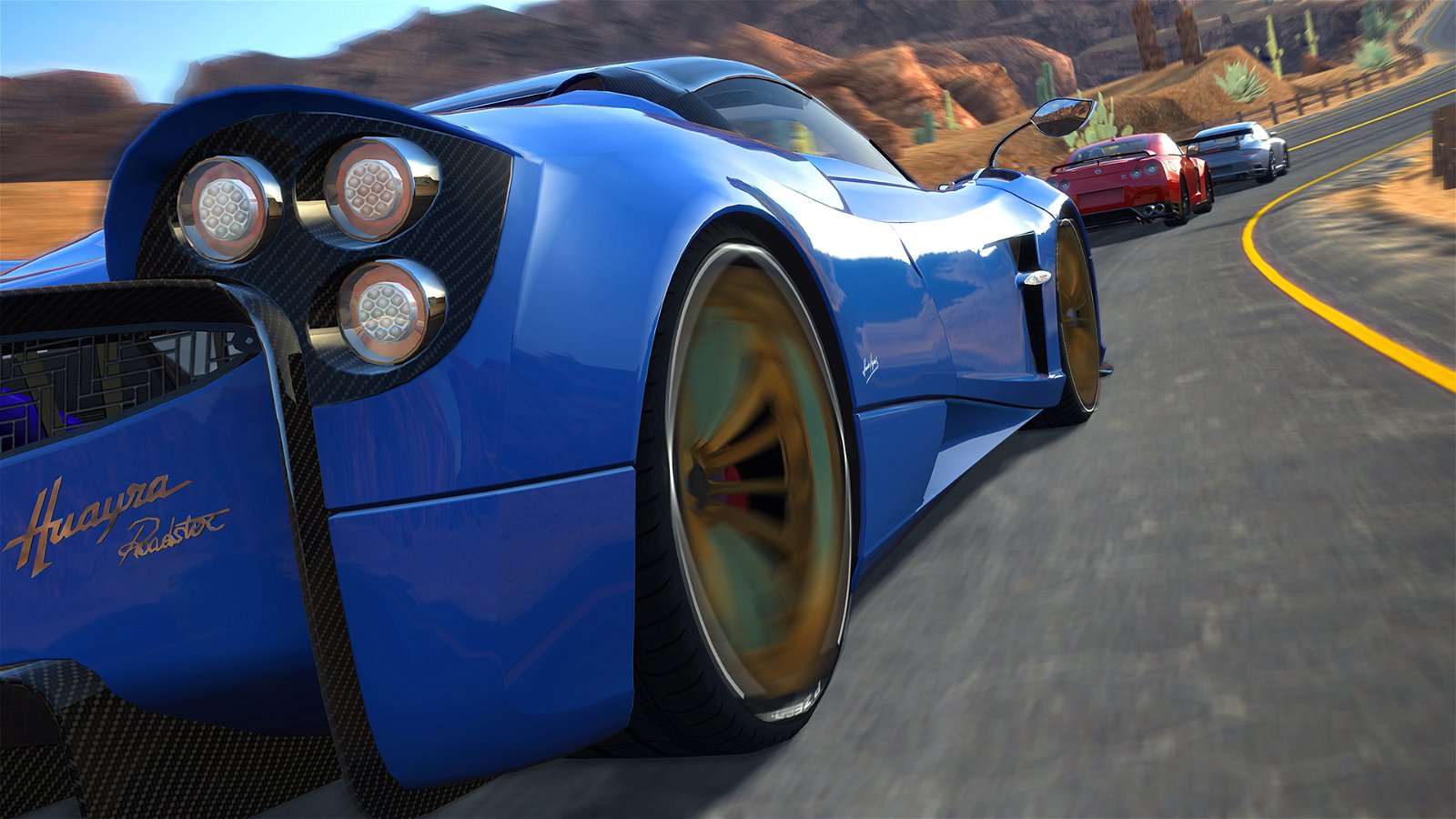 Although not the first racing game to hit the Nintendo Switch, Gear.Club Unlimited is the most traditional racer for the platform and a successful outing for Microïds and Eden Games Mobile. It’s ostensibly a port of an existing mobile game, but does feel rebuilt for the Nintendo Switch. It’s enjoyably breezy when you begin playing, but it comes with a surprising amount of depth. It’s a tad more arcade-like than your typical racing simulation game, but it strikes a good balance that works in the game’s favour. The progression system for the campaign mode is addictive, as you earn more stars and unlock more features, bonuses, races, cars, and tweaks for your vehicles.  There are also various different race modes throughout the game. The races, at least at the beginning, are fairly short and bite-sized, making this an enjoyable racing game to take on the fly with you. At this point in the game, racing controls are fairly standard, and are quite responsive and intuitive.  The graphics in Gear.Club Unlimited, although not as slavish to accurate detail like in a Gran Turismo title, still manage to hold their own and are crisp and enjoyable.  The tracks are varied and the details on the different cars stand out.

Customization and the ability to make tweaks and upgrades to your vehicle provide a greater level of detail for the player to take a vehicle and make it their own.  The fact that the customization in Gear.Club Unlimited isn’t just internal, which affects performance, but also external, which affects the general look of the vehicle, is a nice touch and one which I found more enjoyable than expected. After years of playing through Gran Turismo simulators, it was a nice break to have this level of customization to an already fun and enjoyable game.

Gear.Club Unlimited has a surprising amount of depth as well, with more than 400 individual races—many of which comprise multi-race tournaments. As you play through these races, you will earn both experience points and cash, which can then be used to purchase upgrades as well as new cars.  As you progress, you’ll also explore the 3D map, uncovering more races as well as dealerships at which you can purchase new vehicles with more powerful engines to make the earlier races easier.  Although there are a large number of races, there’s only a relatively small number of actual tracks that these racers are set on.

Licensed cars are present in Gear.Club Unlimited, although the total number of vehicles included is restricted to under 40. The cars are split into categories, which restricts them to use in specific races. It’s nothing that different for a racing game, although at times it doesn’t seem to be clear what goes into these specific restrictions.

In terms of gameplay, one area that is a little lacking is in the amount of camera angles, however, with a patch coming in January, a new rear-review camera will be added to the set.  The upcoming patch will also add a championship mode to local multiplayer mode, improve the car selection screen, and expand the number of cars that players can have in their performance shop, increasing to ten from four.

The online multiplayer Leagues system in Gear.Club Unlimited is an interesting beat that finds you playing against ghosts of other recent players and trying to achieve a high score on the daily leaderboard. I actually enjoyed this take on competitive racing. The game also brings local competitive racing in the arcade mode, with up to four players playing on the same Switch system. Thankfully, everything is unlocked when you start playing, without needing to first unlock arcade elements through the campaign mode first.

Gear.Club Unlimited is a fun and enjoyable arcade racer with smooth gameplay, progression and customization. The visuals aren’t the most exciting for a racing game, and the lack of track variety does at times make the game feel more repetitive than it needs to despite the large amount of races to complete. The progression system feels natural and keeps the player moving forward, to unlock more cars, more races, and earn more stars and more money to buy new upgrades and new cars.

Gear.Club Unlimited is the most traditional racer to hit the Switch, and a successful outing for Microïds / Eden Games Mobile The graphics, although not as slavish to accurate detail like in a Gran Turismo title, still manage to hold their own, and are crisp and enjoyable.