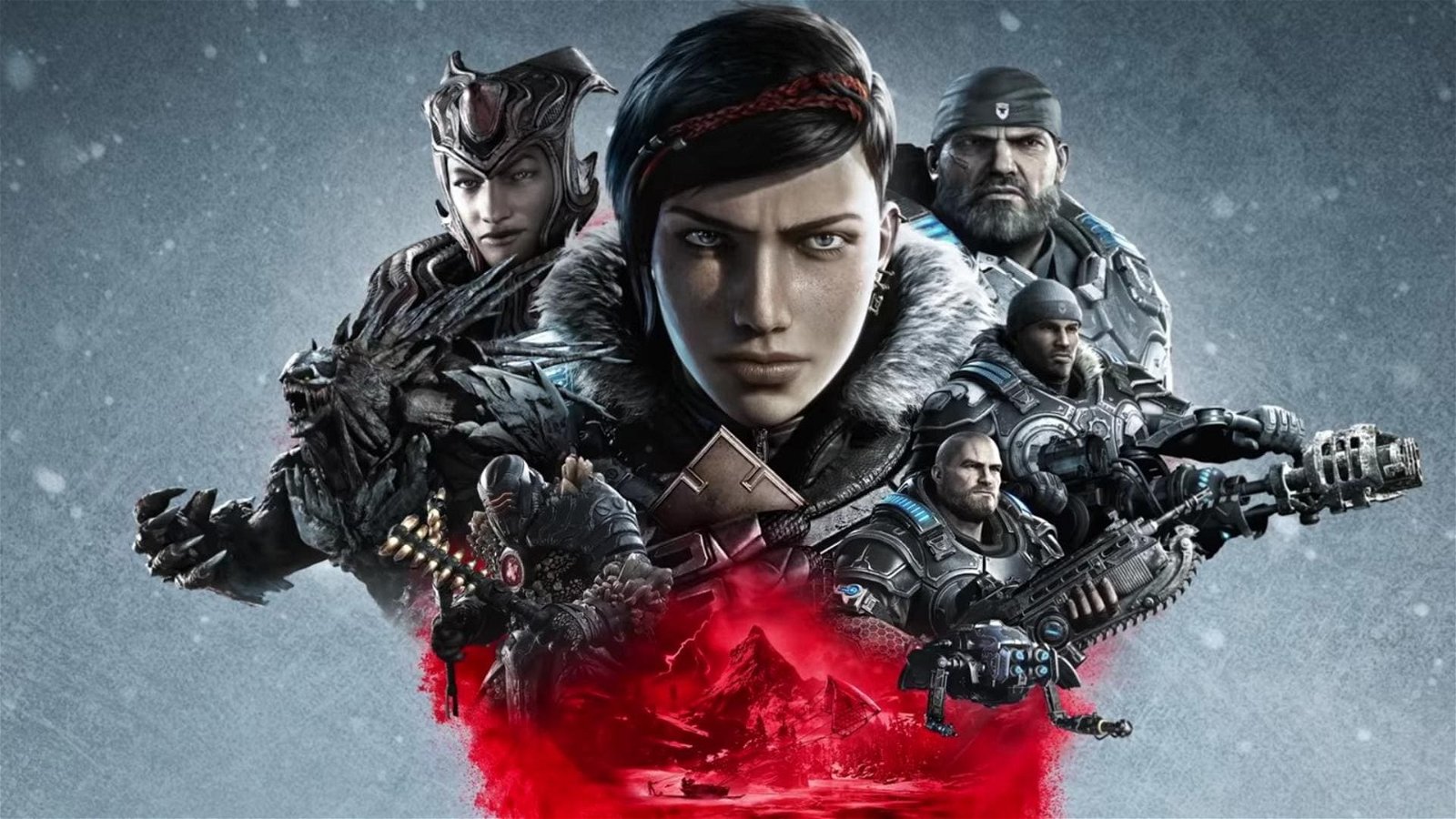 The marketing and previews for Gears 5 would love for you to believe that it’s a big new revitalization of the series adding massive open-world levels, RPG elements, and a custom map builder.

While technically all those things are in the game, they are seemingly just there to be buzzwords. None of these new additions feel fully realized and only serve to boringly prolong the most personality-less Gears of War to date.

The first act of the story mode had me saying “wow” quite often, in a good way. It starts off with you repelling down a waterfall that’s surrounded by colourful plant life and beautiful water physics. You make your way through crumbling builds that fall apart around you, meanwhile, the characters’ dialogue and voice acting are top-notch. Each character gets their moment to show who they are with the best dialogue, writing, and directing in the series. There’s even a storyline that mirrors some modern-day politics about the COG firing on protestors, and the fallout from that. It’s one of the better cinematic stories I’ve seen in a game that had me on the edge of my seat and feeling like I was playing the best Gears of War ever.

Then come Acts 2 and 3 that each take place in giant, empty, lifeless, open-world levels, the worst I’ve ever seen in any AAA video game. Period. These acts have you playing as Kait, slowly riding a skiff (basically, a boat with hang glider propulsion that controls similar to a sparrow from the Destiny series) around maps devoid of life. Piloting the skiff is fun, at first, but quickly becomes dull to the point I was legit falling asleep at my desk with the controller in my hand, even while sipping away at an energy drink. There’s no shooting, no cool ramps to hit, all the newly added ‘side missions’ are on the edges of the maps (a little on the nose there, devs),  and only a handful of collectibles to find otherwise. Side missions are arguably all different from each other, but most of them amount to either shooting to a point, defending a point, or both. Only to be rewarded with upgrades for your robot partner or some collectible lore.

I get that the Gears of War formula has grown a bit stale, but the answer to that was not slowly tracing the edges of giant empty worlds to find any actual gameplay. To make matters worse, one of the main objectives in Act 3 has you go back to the start of the map at least a couple of times, just so a character can tell you your next objective. As this particular map is quite linear, these tasks only look to extend the length of time played more so than adding anything of value to the game as a whole.

The story and cinematic bits also are sparse in these two middle acts, whereas the first act is a cinematic masterclass. The final act goes back to the classic Gears linearity and is better because of it, but falters a bit on the story as it feels like it ends rather abruptly and without the emotional impact it hoped to achieve. Sure, a lot of series story arcs are further explored and explained, but if it was meant to get me hyped for the next game in the series, it failed to do so.

As far as the “RPG elements” go, it’s just finding and upgrading abilities for your flying robot partner (named Dave/Jack) that you can control or that can be controlled by a co-op partner, offering more of a support role. As the game progresses you’ll discover abilities such as a heal, a stun, a pulse that marks enemies and weapons, and eventually the ability to hijack and control an enemy for a short time. You can direct your robo-buddy to collect hidden out of reach ammo and upgrades, but these opportunities are few and far between. Having a playable robot partner also means you can play the story mode with up to three players (a first for the series), but one of them will always have to be a robot. Overall, I think it’s a nice addition, but not exactly what I’d call “RPG elements.”

Another new addition is the Escape mode, which has up to three players running through repetitive and short maze-like levels with limited ammo and guns, trying to get out as fast as possible (or faster than toxic gas creeping towards you) while getting kills along the way. Whereas in Gears you’re usually slowly and methodically making your way through levels, this flips the formula on its head and has you rushing your way through, which is exciting the first couple of times, but I quickly grew bored of the mode. There’s just such limited content, and the levels I played all felt so similar that I couldn’t fathom playing them over and over to level up each of the characters and their abilities cards that are unique to this mode.

That said, there is a map builder that allows anyone to make an Escape map and upload it for others to download and play, pending the creator can complete it, much like levels in Super Mario Maker. That said, the map builder leaves a bit to be desired, as it’s just a collection of rooms you can connect as you see fit and then pepper with enemies. It felt rather limited, but is launching in beta form with the game, so perhaps it will be made more robust in a future update.

Horde mode returns, and it’s mostly fine. Horde can be played across all thirteen multiplayer maps, with varying degrees of difficulty. Characters have unique loadouts and abilities which level up as you play and earn XP, which grant you and your teammates buffs and perks. There are some enemies exclusive to horde mode, but they are everyone’s least favourite enemies from Gears of War 4, dee bees, aka the robots Baird makes. Waves are quite short at first, and between each wave, the screen blurs and darkens to show a results screen, which happens far too often and for far too long, considering there are 50 waves in total per match. Also, be wary of playing Horde before you’ve finished the second act, or otherwise you’ll risk having a new boss enemy spoiled.

On the versus front, there are a bunch of modes to select from including but not limited to Warzone, Execution, Dodgeball, and the new Team Arcade, which features as its own playlist. In this mode, each character has unique loadouts, as well as perks (such as not flinching when aiming down sights, or running faster) and bonus elimination requirements. Bonus eliminations grant an extra elimination when executed properly, some examples include a bonus elimination for a headshot kill, for a multi-kill, or for using an explosive. All the DLC characters mirror one of the other characters, so there’s no implicit gameplay advantage to having them. In this mode, you cash in eliminations to instantly get a powerful weapon, and it is not just everyone running around with one hit kill Gnasher shotguns like most matches in Gears of War—a welcomed addition.

While there are 13 multiplayer maps included at launch, many will be upset by the lack of series staple Gridlock. Too bad that map builder is only for Escape, yeah? While I hope some form of Gridlock comes to the game in the future, the levels here are pretty danged good. I’m especially a big fan of a level that takes place outside of a movie theatre that is covered in posters for in-universe films and surrounded by retro-futuristic shops including an arcade. There is also the farm, but I just love any excuse to yell “yee-haw” on the mic, and this is one of them.

As far as the PC version goes, it ran mostly smoothly and includes options like FOV, disabling motion blur, and other graphical tweaks. Load times are fast aside from un-skippable logos at launch, and the game ran buttery smooth on my rig (i9-9900k, RTX 2080ti). There’s even an optional high-resolution pack you can download from within the game. However, I experienced numerous graphical glitches where textures would be grainy rainbow effects, or in the open-world levels massive distorted textures stretching across the whole screen making it hard to see where I was going at times. It’s unclear if this is something that will be corrected via an update for the game, video card driver, or otherwise, but it happened pretty regularly throughout my playthrough. Saving and rebooting seemed to alleviate it for a short time at best.

Lastly, this iteration seems to have forgotten a lot of its past. Not only are enemies a lot less vocal and lack personalities (I heard BOOM zero times while playing this), but there’s also a forced hand holding tutorial the first time the game is launched. The original Gears was praised for letting players have the option of doing a tutorial or skipping it, here you have no choice but to do a slow, boring, handholdy tutorial that asks you after each step if you’d like to redo it or move on. I appreciate the move to be more accessible to new players, but that shouldn’t be at the detriment to fans of the series.

Gears 5 isn’t a bad game, it’s just the worst game in the series (I quite liked Judgement). It promised to bring new ideas to the series, and it does, but to the detriment of the game as a whole with how poorly designed they all are. The open-world levels are empty and boring, the story is lackluster after a great first act, and the new Escape mode is a fleeting distraction at best. Gears of War needs changes, but not like this.

Gears 5 bravely adds new mechanics to an aging series, but ends up being worse because of them. 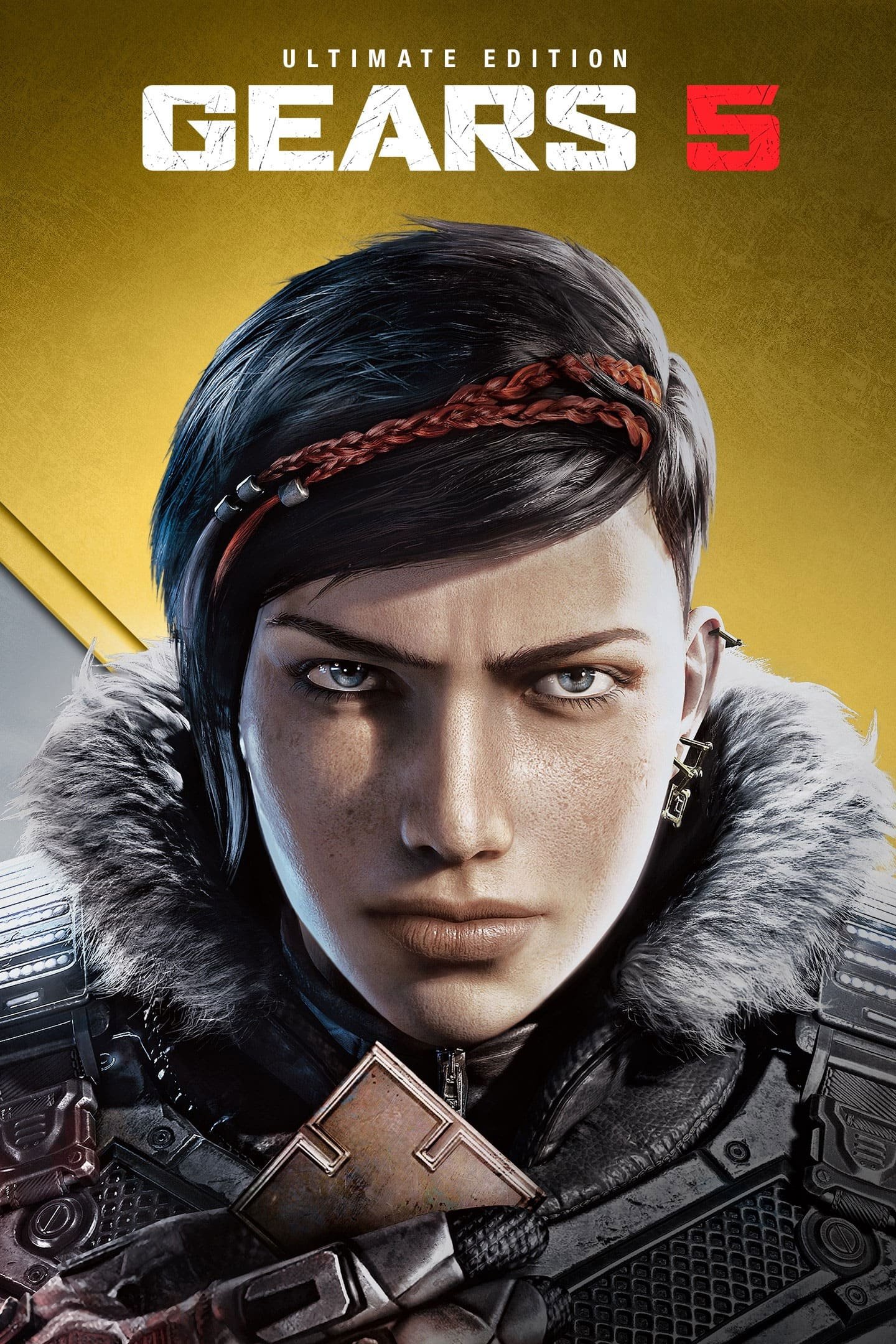