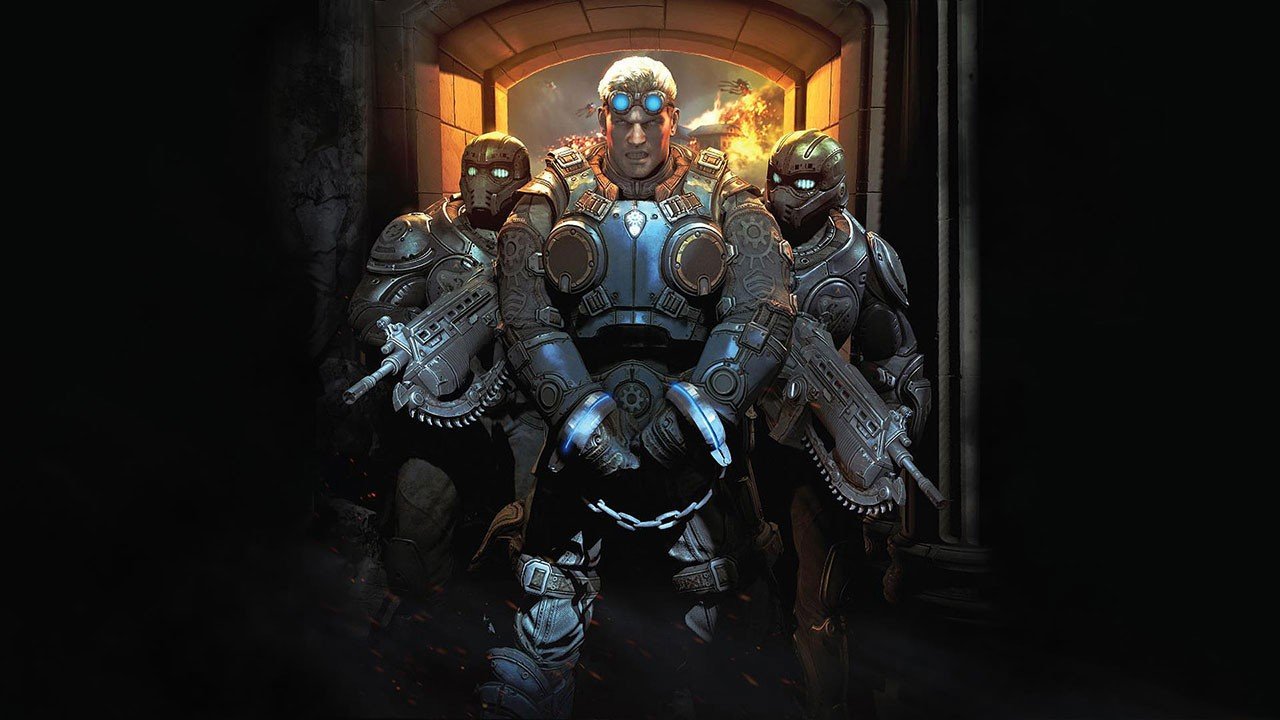 Gears of War 3 was a rarity in blockbuster games, in that its ending provided a sense of closure. Epic’s decision to shut the door is understandable; over the course of two sequels, the successful formula was polished, tweaked, and embellished upon until the law of diminishing returns could be staved off no longer. Considering that the franchise seemed to run its course, it seemed unnecessary that Bulletstorm developer People Can Fly were tasked with creating a prequel, particularly considering the anemic plot. Thankfully, the game makes clear within the first ten minutes that it’s not content to merely emulate the gameplay of its numbered source material.

Judgment focuses on the exploits of series regulars Baird and Cole 14 years before the events of the first game, and a mere month after the Locust forces have sprung from underground and begun their attack on humankind. Baird’s squad is being court martialled for treason in the midst of a warzone by the psychotic General Loomis, and the story unfolds in flashback as each member gives their testimony.

If you’re concerned that this pre-Gears 1 setting means that People Can Fly are beholden to the franchise’s canon, fret not. Enemies and weapons from Gears 2 and 3 are thrown into the fray immediately, and the characters under your control have some new tricks at their disposal. The most immediate change is the control scheme - you have a button to toggle between two weapons, and a button for throwing grenades. It’s hard to get excited about this on paper, but not having to futz around with a D-Pad makes weapon switching brainless, and grenades much more useful.

After the first major skirmish, Cole exclaims “I ain’t never seen so many grubs in one place before!” A sentiment that surely reflects the player’s own internal state thanks to how frequently Judgment drops you into long battlefields teeming with dozens of enemies of various types and sizes. Zoom in on a slowly encroaching boomer for too long and you might find yourself swarmed with fast-moving tickers and wretches. The sheer variety of enemies bearing down on your squad at any one time necessitates the constant presence of four gears, and ensures that coop sessions won’t be dominated by the one guy with the most skills. When you inevitably fail a session, the battle will unfold differently on your retry, thanks to the semi-random enemy spawning system.

The 5-6 hour campaign eschews much of the standard ways of introducing novelty that previous titles used. There are no sections dedicated to vehicles or turrets, and the old canard of splitting up the team on divergent paths has also (happily) fallen by the wayside. The freshness here is somewhat more organic, coming from the available weapons and scenarios that the Gears are thrust into. It’s clear that the developers have taken inspiration from the heyday of World War 2 shooters, as two of the newly introduced weapons consist of bolt-action rifles, and many levels place emphasis on driving forward into fortified positions on higher ground. This is taken to its natural conclusion in a campaign highlight that’s a clear homage to the Normandy Beach landing.

As great as the ‘vanilla’ experience is, the true masterstroke is the scoring metagame, anchored by the ‘declassified’ missions. At the beginning of each section, players can activate a modifier that materially affects how the next section will unfold. Sometimes it forces a less than ideal loadout; other times it has the enemy attacking from front and back; and it introduces brand new concepts to the franchise, disabling regenerative health, introducing heavy winds that knock projectiles off course, and visibility hampering effects. Rolling through one of the most densely populated battlefields with four players armed only with meat-cleavers might just be one of the funniest coop experiences available this generation. It’s a thoroughly addictive addition, and an ingenious way to further stretch the Gears formula under the narrative conceit that these are details omitted from the official reports. Declassified missions are such fun that their exclusion from the Aftermath chapter (set during Gears 3) causes it to pale in comparison.

Judgment is a technical marvel, despite not offering a major graphical leap from the last installment. Even during the quiet moments, the graphics captivate; the night sky is lit up with tracer fire from distant battles, orange flames throw out a natural glow, and sunbeams convincingly pierce through dusty rooms. In the thick of the action, the preponderance of enemies, particles and gibs will never cause slowdown, but rather some screen-tearing; an elegant choice that means the controls are always responsive. The end of action reports for each section, and pre-rendered cut scenes between missions mask load times, and restarting from a checkpoint scarcely takes a second, so it’s easy to stay engrossed for hours at a time.

The multiplayer suite sees the introduction of free-for all deathmatch, which is fun, but ultimately rewards the same wall-bouncing, shotgun-rolling antics of versus modes of past instalments, playing out across a paltry four maps. The new team-based Overrun fares much better, which tasks five humans with defending an item from the locust horde. The introduction of different classes promotes teamwork, but the types aren’t so radical that you’ll have to invest a lot of time to become adept at each one. Overrun is limited to four specific maps, but they’ve been well crafted with multiple paths, ample chokepoints, and shortcuts for tickers to sneak through and wreak havoc. It’s a mode that seems destined to have legs.

Since the Gears franchise made Horde an industry standard, it’s puzzling to note that it’s missing from Judgment. Instead the ‘Survival’ mode allows a team of humans to compete in Overrun gameplay against AI locust. It’s a poor substitute, but it almost manages to scratch the same itch.

Judgment is to Gears of War as ODST is to Halo. This is a much shorter game than Gears of War 3, but it’s more densely packed with fresh ideas and an approach that re-examines the game design right down to the controls and weapon loadout. Some may be chagrined by the presence of the score meter during campaign, but I found it a great motivator. The story is wholly superfluous piffle, but the gameplay is the most polished and pure that the franchise has ever offered. While Gears of War Judgment is nowhere near as generous with content as its predecessor, it’s nevertheless among the best shooters that the Xbox 360 has to offer.

Final Thoughts
This is a much shorter game than Gears of War 3, but it’s more densely packed with fresh ideas and an approach that re-examines the game design right down to the controls and weapon loadout.
More From CGMagazine 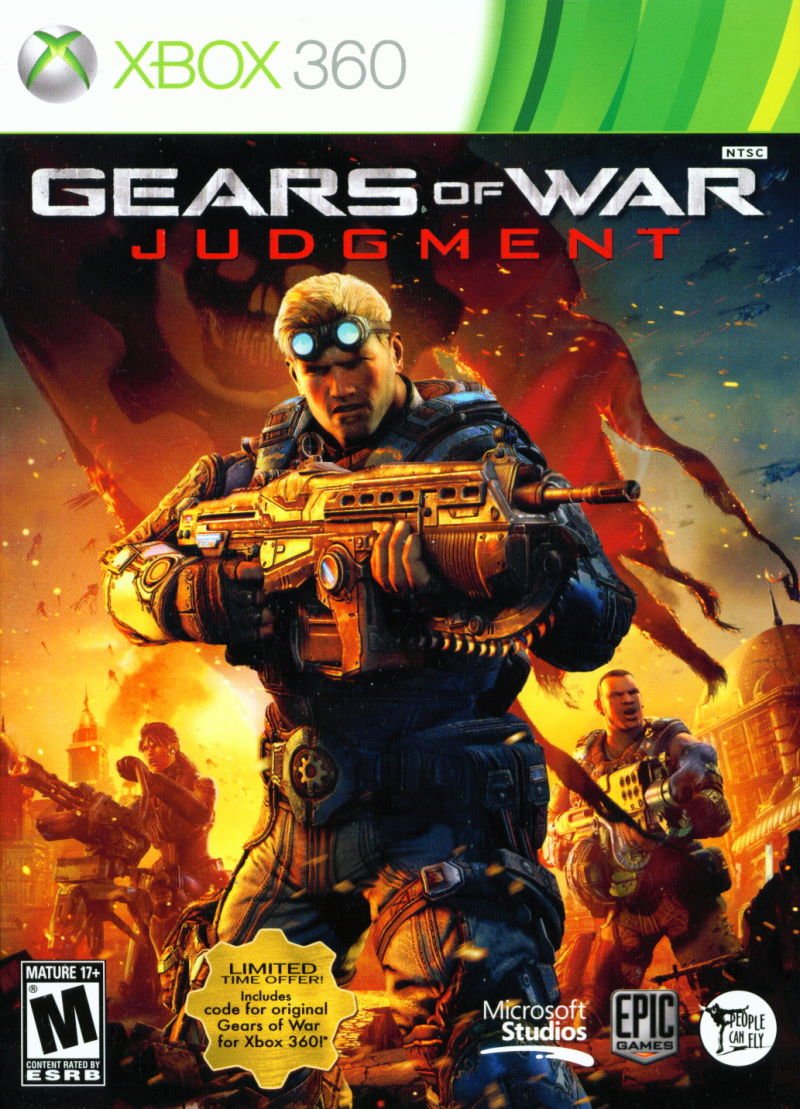