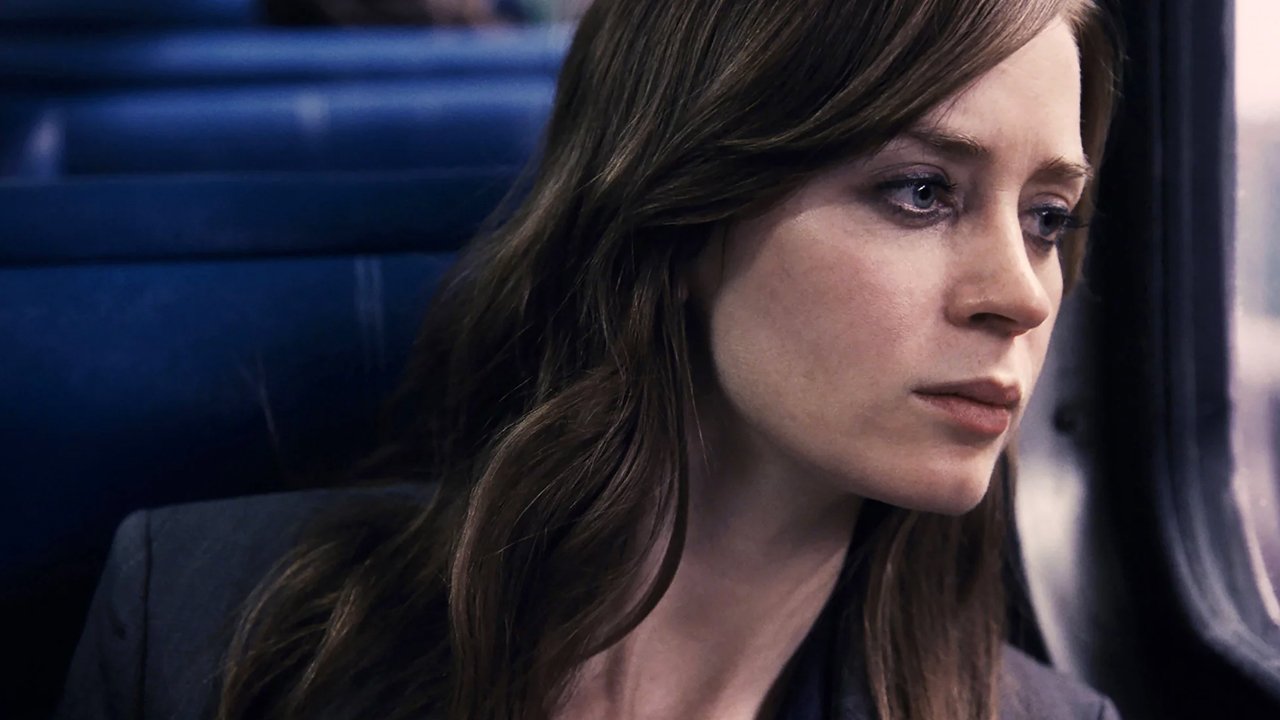 The Girl On The Train has been made and marketed to try to trick audiences into thinking that it’s Gone Girl. Fair enough. Not only was David Fincher darkly comedic treatment of Gillian Flynn’s lurid thriller a box office success, it was also a great movie. The folks shilling The Girl On The Train would love you to think that they’ve pulled off that trick again. Sadly, they haven’t. Though the movie tries to be as nasty and twisted as its would-be spiritual predecessor, it lacks the brains and irony that made Gone Girl more than tastefully cheap thrills. This movie is dullsville, despite a variety of narrative tricks, pretty cinematography, and a talented cast trying to pretend otherwise. Don’t be fooled.

Emily Blunt stars as an alcoholic who was recently dumped. She now spends her days torturing herself by riding the train past her old house to gaze upon her lost happiness. Her ex-husband (Justin Theroux) now lives there with his new wife (Rebecca Ferguson) and the bouncing baby that Blunt could never provide. There’s also another house that Blunt obsesses over. One belonging to two sexy young former neighbours (Haley Bennett and Luke Evans) who sex it up constantly because they are all sexy and enjoy sexy times celebrating their sexiness. Viewers also get a taste of Bennett’s passionlessly sexed-up life that includes flirtatious trips to her sexy psychologist (Edgar Ramirez). Then one day Bennett disappears and is presumed dead. The last person seen stumbling around near the missing woman? Why, Blunt’s drunken peeping tom of course!

So, that’s the convoluted set up. And as if it isn’t all needlessly complicated enough, director Tate Taylor (The Help, Get On Up) and his screenwriter Erin Cressida Wilson (Secretary) tell it in the least straightforward way possible. Flashbacks, flash-forwards, and shifting perspectives run wild. For a while, it’s impossible not to feel confused. You might even feel stupid for getting lost. Then the whole thing snaps into place and you actually feel angry for having to pay so much attention to such a stupid story. This is just a melodramatic potboiler dressed up with extra sex, violence, and non-linear storytelling. Now, there’s nothing inherently wrong with that. In fact, steamy thrillers can be delightful. However, this one is tedious and uninteresting, not to mention predictable despite all the narrative gymnastics pretending otherwise.
https://www.youtube.com/watch?v=y5yk-HGqKmM
Admittedly, Emily Blunt is quite good in the lead role, which is one thing this stupid movie has going for it. Somehow she creates a genuinely tragic character amidst a sea of clichés and cartoons. If anything, that only emphasizes how far off the mark everything else in the movie lands, but at least it’s one good thing in this pile of trash. It’s as if Tate Taylor told all his actors to avoid any emotions in their performances, playing their parts like mannequins who occasionally spit out monotone dialogue. It’s weird there are so few actual onscreen murders in the movie, given that every character already appears to be dead.

What The Girl On The Train really needs is a sense of humour, or some form of naughty fun. There’s nothing wrong with lurid trash if the folks making it realize they are in silly territory and don’t pretend they are delivering art. Oddly, Tate Taylor’s previous directorial outings were quite playful and self-conscious. He has proven to be the right kind of filmmaker to milk the dark humour and hidden commentary out of this source material like Fincher/Flynn did with Gone Girl. Perhaps that tone was stomped out in editing by tampering producers. It’s possible.

Regardless, what should have been nasty fun is merely nasty. There are times when audiences will laugh out loud (especially during one absolutely ridiculous climatic act of violence), but never on purpose. That’s a shame, since a more self-aware telling could have gotten those laughs and delivered a subversive bit of mainstream entertainment. After all, that’s what made Gone Girl so popular. Viewers who took that silliness at face value could still have their dumb thrills, while everyone else could also enjoy the layers of mischievous satire and subversion.

The Girl On The Train, on the other hand, is just for dummies who fall for clichés and never dig beneath the surface. Instead of a great B-movie, it’s a pretentious D-movie with glossy production values and pretty actors marking time for paychecks. Don’t waste your time like they wasted theirs.

The Girl On The Train is silly, pulp, nonsense that desperately wants to be Gone Girl, but lacks the with, intelligence, and nastiness necessary 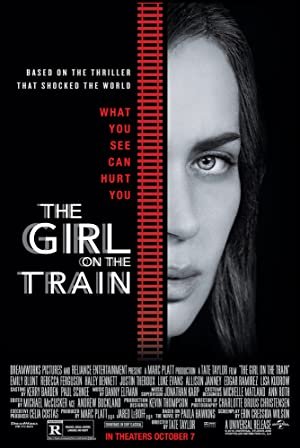