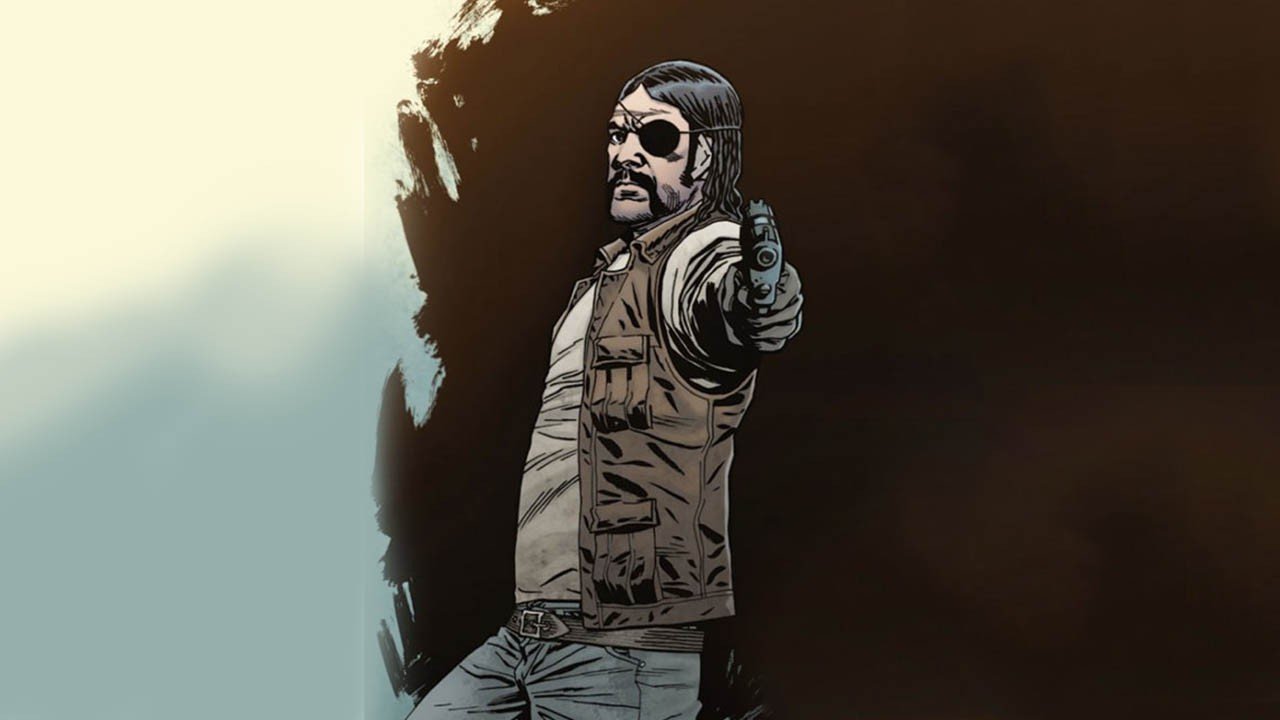 Image Comics, in keeping with the wildly popular Walking Dead series, has released a completely Governor-focused comic in an effort to get new readers and fans who have only dabbled before up to speed. Hence, The Walking Dead Governor’s Special packs plenty of Governor-related content as well as his origin story, but little more than rehashes of content we’ve already seen before. The Walking Dead #27 finds a reprint here along with the origin story to create a tome to quell those fan desires for all things Gov’. But that’s about it. In fact, it’s difficult to tell which fanbase this collection is targeting since it doesn’t really cater to those who have been ceaselessly following the show and it doesn’t expand upon the knowledge readers should already carry with them from the harrowing events of Woodbury.

The Governor of the comic continuity, in fact, is a much more ruthless and unhinged character than that of David Morrissey’s in the TV adaptation. The special follows merely his introduction as far as the comic and offers the “origin story,” which is a rarer gem which many readers (including those who jumped into the fandom with the advent of the television series) haven’t seen, but it’s a brief tale that actually doesn’t truly explain how he became the way he is or the highlights that explore the nuances of his wicked ways. Readers who would be interested in learning more and fleshing out the Governor as a favorite character may walk away feeling a bit unfulfilled, as there’s little here to further expand upon his motives or behavior as a more negative character.

Since The Governor is a markedly different person on the AMC series, it’s difficult to recommend the Governor Special for those enamored with the live-action series. He’s nearly a turnabout character with far less depravity to speak of. Still, the content in this special collection is top-notch as usual, even if not befitting of the purpose for which it was likely intended. The vignettes included are still good reading, and Kirkman’s dreary world is still easy to get lost in. Philip Blake (as he’s known to the layperson) and his six-page story are expertly illustrated once more by Charlie Adlard, with fantastic coloring work by Cliff Rathburn. However, unlike the tone set in the heartrending Michonne special, there’s little here that would keep you engrossed long enough to keep coming back for more — especially if you’ve already read it.

Overall, the Governor special leaves a lot to be desired. This was a great chance to showcase some great Woodbury content from the narrative, but the reprint and collected vignettes here instead were chosen as better fanservice. If you’re looking for a special worthy of your time and have already pored through this, check out Michonne’s special instead.

The Governor of the comic continuity, in fact, is a much more ruthless and unhinged character than that of David Morrissey's in the TV adaptation.