Much like its sister title, Green Lantern: Emerald Warriors, this issue of Green Lantern Corps feels very unnecessary, as this series is now on borrowed time, telling lame-duck stories prior to the revamp of the DC Universe which will start on August 31st.Between the two titles, at least this title has had better art and slightly more interesting and less generic stories, but I still don’t feel like either series has boasted particularly good work in the two issues published since the end of the War of the Green Lanterns, supporting my opinion that both titles should have ended at the end of the storyline, just like the main Green Lantern title.

It pains me to read issues like this, because I liked the coupling of Kyle and SoranikNatu, as it has progressed over time, and then to read this issue which single-mindedly breaks them up, it’s a real shame.There’s so much more potential for these characters, and this just wasn’t the best exploration of that potential.I didn’t like the whole Star Sapphire element in the first place, when first introduced, and I definitely feel exactly the same now that this issue has played itself out.Stories are always best when they have ramifications, good or bad, for the characters involved, and they have actual consequences, yet here I just didn’t feel connected to the plight of the characters, it felt put-upon, generic and not all that compelling at all.

The artwork by Hor is inconsistent, varying at times wildly throughout this one issue, so although there might be panels and pages that are of higher quality, there are more than enough to drag the overall artistic presentation down.There is almost consistency in the inconsistency here.

There’s still one more issue remaining before thistitle turns out the lights, and waits for the revamp in September, and I really hope it’s worth it, because thus far this series and Green Lantern: Emerald Warriors have been really disappointing post-War of the Green Lanterns.

Much like its sister title, Green Lantern: Emerald Warriors, this issue of Green Lantern Corps feels very unnecessary, as this series is now on borrowed time. 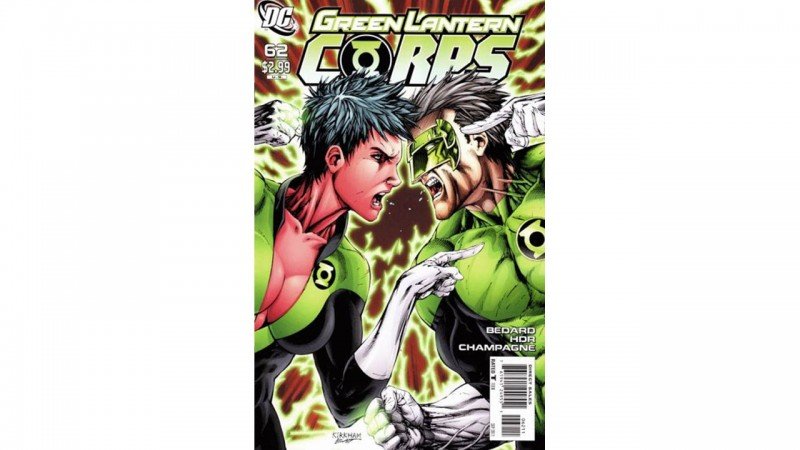