Guardians of the Galaxy: A Telltale Series Episode 1 “Tangled Up in Blue” Review 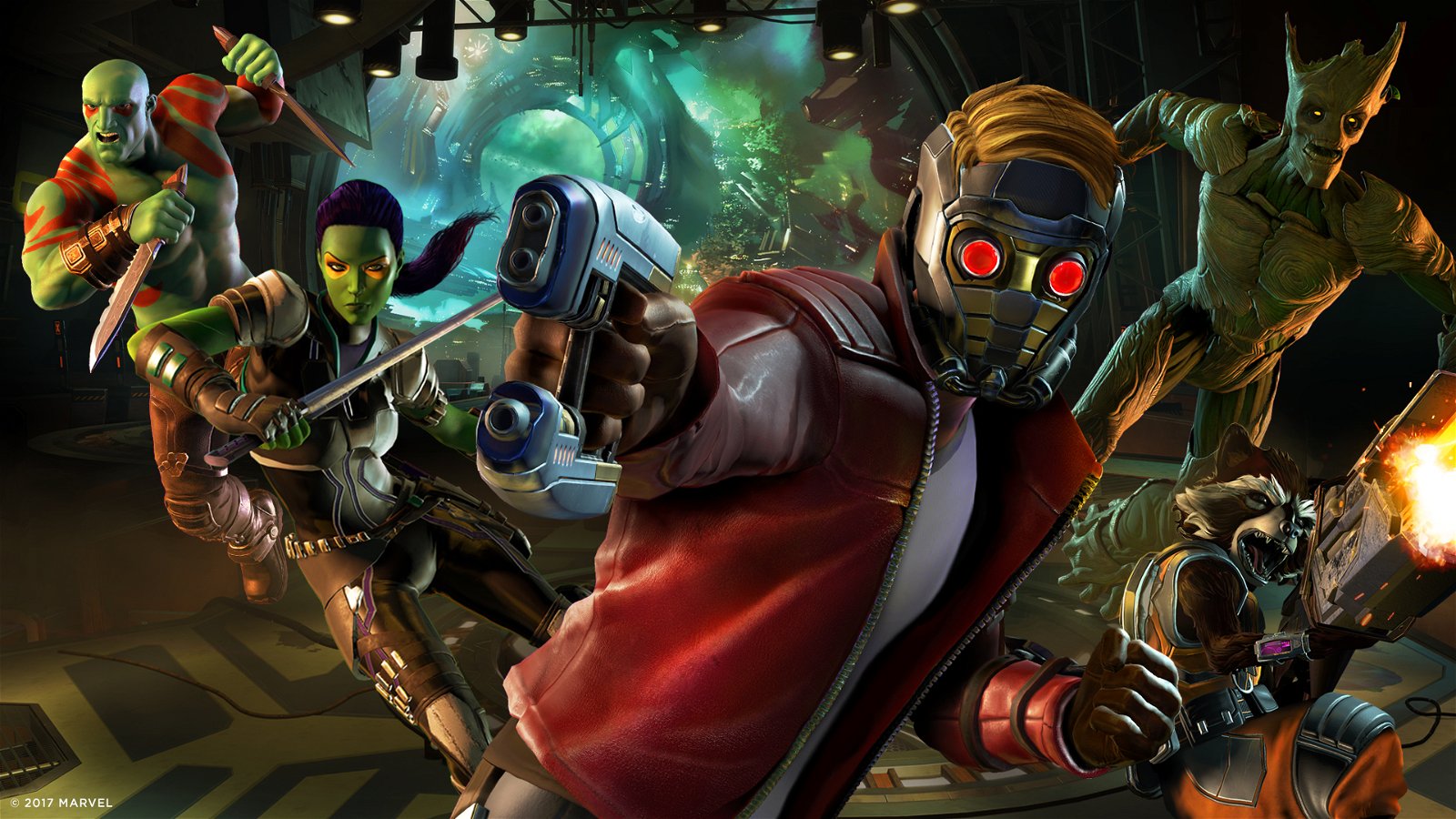 “Tangled Up in Blue” put me most directly in the shoes of Peter “Star-Lord” Quill, the leader of the group not long after its formation. Peter, along with Gamora, an assassin and adopted daughter of galactic menace Thanos, the vengeful Drax the Destroyer, and bounty hunters Rocket Raccoon and Groot, make up this group of outlaws acting in a sort of galactic law limbo. They’re not employed by the law enforcement known as Nova Corps, but they do help out when contacted…for a price. The episode starts out with the team attempting to thwart Thanos’ attack on the Nova Corps, but does the smart thing by quickly sweeping the villain to the side in favour of focusing on something a little less well-worn.

It’s this that leads to Guardians of the Galaxy’s MacGuffin: an ancient artifact capable of resurfacing a person’s memories, allowing people to relive moments with people who have since passed away. While this artifact appears to be the driving force behind the game, it’s not clear until the end of the episode just what the main conflict is. This meant I spent most of my time as Peter feeling out just where Telltale had set the relationships between the Guardians and came to some less than favourable conclusions.

For what it’s worth, when Guardians of the Galaxy goes for human (or alien) connection, Telltale manages to sell it in the way they always do. Conversations with Gamora about her and her sister’s falling out, or listening to Drax reminisce about his wife and daughter who were killed are affecting, and a nice contrast from the pulp action and humour of the rest of the story. However, my grievance with the character dynamics in “Tangled Up in Blue” found a face with Rocket Raccoon.

The first half of the episode shows the Guardians are usually okay with ribbing each other, all supposedly in the name of good fun. After a solid 30 to 45 minutes of establishing that dynamic, I spoke to Rocket during a celebration of the group’s saving the Nova Corps, where he was recounting the story to other people at a bar. Rocket’s weapon turned out to be the key to our victory, but I as Peter was the one who fired the kill shot. Thinking it would be fine, I chose a dialogue option that would tease Rocket about how he should be glad I was a good shot. To my surprise, Rocket’s mood immediately shifted and he was on edge, claiming I just had to take the credit for everything the Guardians accomplished. In a fit of rage, he left the bar and I was too shocked to stop him. As a result, Rocket and I were on bad terms for the rest of the episode, and it ultimately influenced later decisions as I tried to get back on his good side.

These kinds of consequences are nice when executed well, but when “Tangled Up in Blue” spent all its time up to that point driving home that the Guardians of the Galaxy are fine with each other’s jokes at their expense, it frustrated me to be suddenly at odds with my teammate for a harmless joke.

Across the board, I wasn’t particularly captivated by much of the writing in “Tangled Up in Blue.” In my experience with Guardians of the Galaxy, the humour of the series seems to mostly boil down to the group insulting each other. Occasionally there’s a moment of wit or a well-timed joke, but overall the writing lacks the same nuance and bite of something like Tales from the Borderlands, which made up for the general sameness of Telltale’s game design with stellar characters and dialogue.

On that front, Guardians of the Galaxy is exactly what Telltale has been offering for several years. Brief, simple segments of walking around environments, pointing and clicking broken up by QTE-driven set pieces and dialogue choices. Of the two major sequences in the episode, the group-wide battle with Thanos was more memorable, as it had me swapping back and forth between each of the Guardians, which made the fight and its QTE prompts less predictable and a tad chaotic, yet somehow lacking in visual flair.

That lack of visual flair wasn’t something I expected to bother me in a Telltale game, but Guardians of the Galaxy ditches the studio’s signature look. Gone are the cel-shading and thick borders of games like Batman and Tales from the Borderlands, and as a result, the game looks much less distinct, and even comes off a little low-budget to me. This change up might be why it’s one of the smoother Telltale experiences I’ve had in awhile, but it feels like the game lacks a visual identity, so only a certain few scenes really pop.

I’m sad to say I’m conflicted after the first episode of Guardians of the Galaxy. The film based on these unlikely heroes is probably my favourite of the Marvel Cinematic Universe, and I’m eagerly waiting to see Vol. 2 next month. But the isolated moments that frustrate me about that movie are elongated in Telltale’s take on it in “Tangled Up in Blue.” Right now, this group of five comes off so disjointed from one another that it’s hard to like them, and Guardians of the Galaxy’s regurgitating of the same Telltale loop doesn’t help. I hope in the following episode, we see something devoid of the same pettiness and unlikability in “Tangled Up in Blue.” If Guardians of the Galaxy isn’t going to shake up Telltale’s formula, the very least it can do is tell a story with people who I care enough about to save. I cared about the Guardians of the Galaxy before I started the episode, but I left it feeling ambivalent to most of them, and straight up annoyed by some of them.

While there’s nothing here that will cure Telltale fatigue, Guardians of the Galaxy also manages to stumble in its writing and visual style where the studio typically succeeds.

File Under: Guardians of the Galaxy, Telltale games 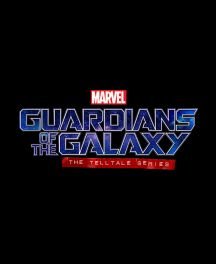