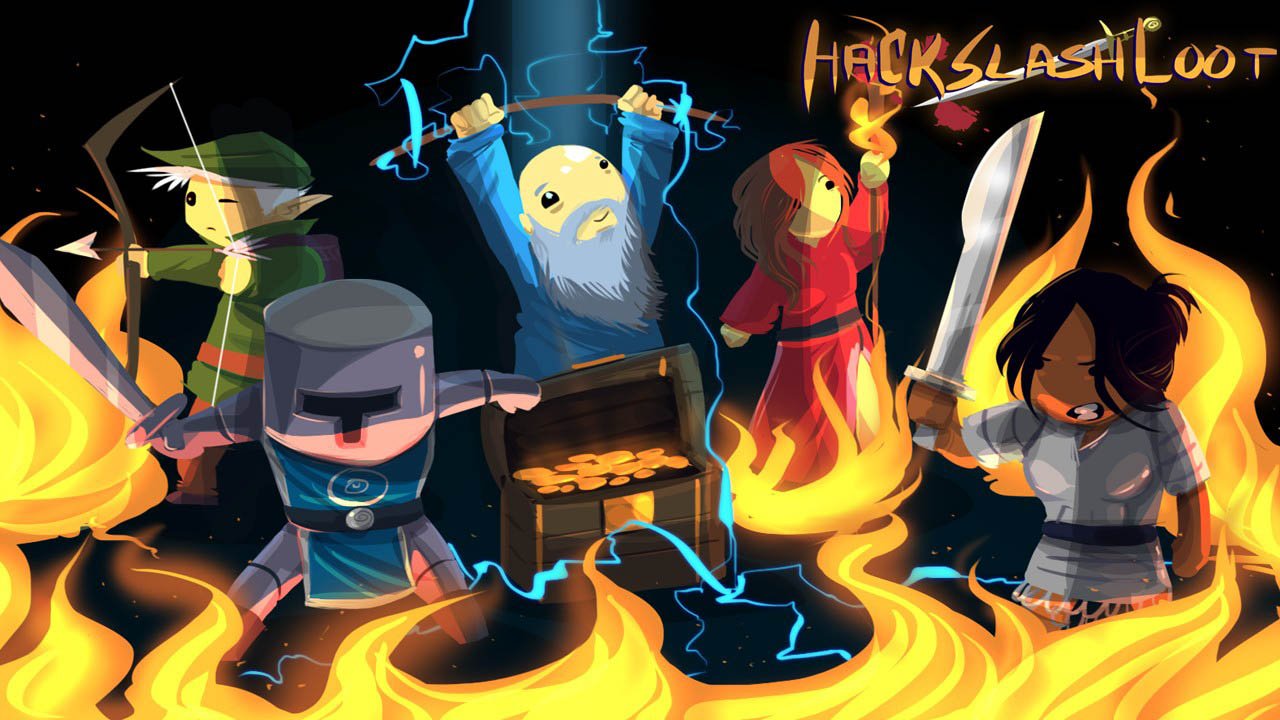 Hack, Slash, Loot is a new Roguelike game on the market by David Williamson. It’s an attempt to give players a throwback to the classic days of gaming with an old school graphical feel to it. Unfortunately, while the graphics may be charming, the game itself is rather terrible.

I’ve been playing Roguelikes, well, since the original Rogue some hundred plus years ago. I’ve tried countless games out there. Naturally, not everything will appeal to everyone, but there are some things to consider. One of the key aspects is a sense of balance. This game has none.

HSL is literally designed to have you die. Constantly. And while there are other Roguelikes out there like Iver Vehemens ad Necem (better known as IVaN) that are designed to be an incredible challenge and even makes the game harder the more powerful the player becomes, HSL is hard because of poor design.

First off, there’s no natural healing. Now in most Roguelikes where that’s the case, there are other ways to heal. Plenty of potions, food, life drain, and other mechanics. In HSL there are rare items scattered around that might be able to heal you tiny amounts, unfortunately they often also come with negative side effects. A single fight with a monster is often enough to either kill you right off or bring you close to death. And with healing being so rare and risky you will often find yourself dead on the first floor, or even within the first couple of rooms.

Part of this seems intentional, as you unlock extra character classes by dying a lot. You can also unlock them by completing quests, but don’t get your hopes up. Even the easiest quest can still slaughter you right from the start. Giving the player very weak characters that stand no chance until you’ve died enough to unlock the decent characters is just alienating your audience. Even the official forums are full of people complaining about how badly designed and frustrating the game is, many being upset they wasted ten dollars on the game.

The concept itself is simple. There are no character levels; the gear you carry decides all stats. Which means unless you’re lucky enough to find great gear early on (especially before you start running into enemies) you’re pretty much dead. And the enemies themselves don’t make it easier, as they will not move next to you first (thus giving you the first strike). Generally you have to move in first, which grants them a free shot, a great deal of damage to you. Ranged characters are definitely the way to go; at least that way you can fire at the enemies as they approach.

While it’s laudable that there are those out there trying to make new Roguelikes to expose players to, HSL has done a very bad job of it. The game does more harm than good to the genre, as neophytes who try it as an introduction to Roguelikes will quickly be turned off. Games like Dungeons of Dredmor do a far better job, with infinitely more quality and polish, than HSL. Even the 7 Day Roguelike contests, where Roguelike designers have just a week to put together a working game, have put out far better games than Hack, Slash, Loot.

Do yourself a favour and avoid this title. If you’re a fan of Roguelikes looking for a good title or are new to the genre and just curious, there are far better games to try out.

In HSL there are rare items scattered around that might be able to heal you tiny amounts, unfortunately they often also come with negative side effects.